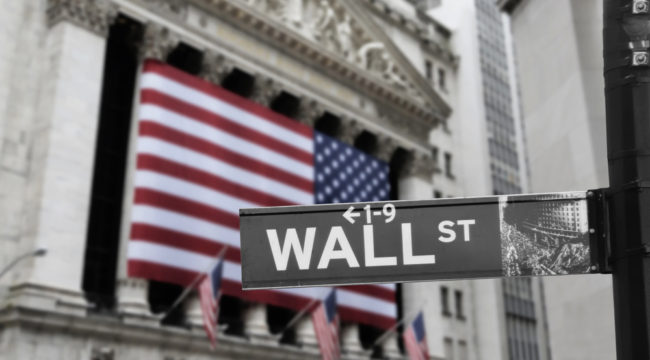 Some estimates give it a range of 8,100 miles — bringing every U.S. state of the 50 within its fiery reach.

Markets were so shaken by the news… the Dow gained 256 points on the day.

Not even a volatility spike can bridle the animal spirits nowadays.

But instead of frightening the horses… it sent them charging toward the sound of gunfire.

A couple of years ago, when there was a 6, 9, 10% increase in the VIX index, everybody panicked. But nobody cared, everybody jumped in… There’s hardly any risk-averse people in the market.

D’Assier says investors held cash positions of perhaps 20% at the start of the year.

TD Ameritrade says new accounts and asset inflows are the highest since the financial crisis.

We only assume the gods are laughing… and plotting…

Before the Japanese stock market went to pieces in 1989, Japanese institutional investors were 90% confident there would be no crash within the next year.

Today, U.S. institutional investors are roughly 70% confident there will be no crash.

Historically, 50% is about par.

And if these gods seek the means to work their mischievous will, they are spoiled for choice…

We are thus informed:

If Congress fails to pass a pro-business tax reform plan, and many analysts believe that’s a real possibility because of the Republicans’ tight margin in the Senate, an economic crash is very likely to occur.

The Senate voted 52-48 yesterday — not to pass the bill — but merely to open debate on the bill.

That debate began this morning.

But our agents tell us it’ll be a near thing.

And if it fails?

The stock market has already priced in a tax cut… If it does not pass, the disappointment factor will be huge and could send the stock market tumbling. Something like that happened in 2008 when the TARP legislation failed. The Dow fell over 700 points in one day…

The response would be much larger today, perhaps 1,000 Dow points or more, because the market is starting from a much higher level.

Even if tax cuts pass, the gods have further options at their disposal…

War with North Korea, for example.

We should think the latest missile test increases the odds, despite the shrugging markets.

Why should the dozenth or the 50th missile test be less menacing than the first?

Does not quality improve with testing?

Nikki Haley, Trump’s muscle at the U.N., claims the launch “brings the world closer to war, not further from it.”

The scheming gods have yet another trick up their shirt-sleeves…

Jim considers a Chinese credit crisis one of the “snowflakes” that could trigger financial contagion:

China, believe it or not, is in more of a credit bubble than the United States… A financial crisis can be a long time in the making, but it will definitely erupt. When it does, there will be huge losses for those who ignored the warning signs.

Of course the inscrutable gods could allow the bull market to extend another year… two years… five… twelve.

And we’ve noted that some of the market’s largest gains occur in the bubble’s terminal phase.

Today, stocks appear to set records with every closing bell.

And our agents report worrying defections among the remaining bears.

“I can’t think of anything other than a black-swan event that would derail it,” gloats Randy Frederick, Charles Schwab’s vice president of trading and derivatives.

But the avenging gods often appear as black swans…

Meantime, the Commerce Department released its latest inflation numbers today. Do they mean Janet Yellen will raise interest rates in two weeks — or not? Read on for Jim Rickards’ answer.