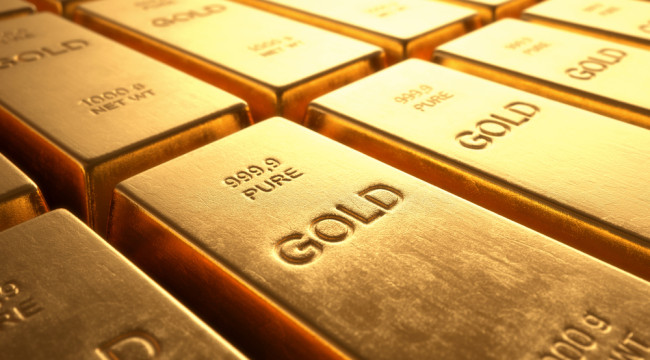 Show Us the Gold!

Score one for transparency? Germany’s central bank, the Bundesbank — possessor of the world’s No. 2 gold reserve, behind America’s — has issued a 2,300-page inventory of all its gold bars.

We need to backtrack: In January 2013, the Bundesbank announced it wanted to bring home the 45% of its gold reserves held at the Federal Reserve Bank of New York. The overseas storage was a legacy of the Cold War — safekeeping in the event of a Soviet invasion.

The New York Fed said, in essence, “Sure, you can have the gold back. We’ll have it all shipped to you by 2020.” Naturally, this aroused suspicion that maybe the gold isn’t there. Those suspicions were heightened when the New York Fed shipped back only a token quantity over the subsequent two years — 90 metric tons, out of more than 1,500.

Come June of last year, Germany called off the repatriation effort. As we said at the time, it appears the only reason the effort was launched in the first place was to mollify a party in Chancellor Angela Merkel’s governing coalition… and that party subsequently dropped out of the coalition.

So why the transparency now, all of a sudden? Credit goes in part to a fellow named Peter Boehringer, keeper of a “repatriate our gold” blog and author of a book called Bring Our Gold Home.

“Trust in the Bundesbank has suffered,” Boehringer tells the Reuters newswire. “The Bundesbank must prove that the gold is there.”

Evidently, the German establishment doesn’t look on Boehringer too kindly. More from the Reuters dispatch: “‘There were a lot of conspiracy theories about the gold not being there,’ said Guntram Wolff, a German who heads Brussels think tank Bruegel, pointing to ‘disenchantment’ among ordinary Germans who have seen the value of their savings dwindle.”

Well, it’s good to know ordinary Germans have something in common with ordinary Americans…

But does the list really resolve anything? Yes, the list is 2,300 pages. Yes, it lists the location, inventory number, weight and fineness of every bar in the Bundesbank’s possession.

OK, but what about the serial numbers?

And that’s just for starters. “Has anyone actually seen the bars?” Byron King muses via email this morning. “Picked them up? Weighed them? Measured the exact dimensions? Assayed them? Who quality assures the assayer? Are the bars somehow legally encumbered, due to being loaned or otherwise pledged? There’s a difference, of course, between ownership and control.”

Which brings us to a point Jim Rickards made last year in his second book, The Death of Money: “It is more convenient for the Deutsche Bundesbank to have its gold in New York, where it can be utilized in gold swaps and gold leases, as part of central bank efforts to manipulate gold markets.”

As a reminder, the manipulation works like this: Central banks lease gold bars to commercial banks… which then proceed to sell the bars to private buyers in Asia. The bars, meanwhile, never leave the vault.

If serial numbers were on the list, it’s conceivable someone in China might notice something awry: “Hey, wait — I thought I owned serial number 002483 sitting at the New York Fed.”

Now, that could get ugly in a hurry.