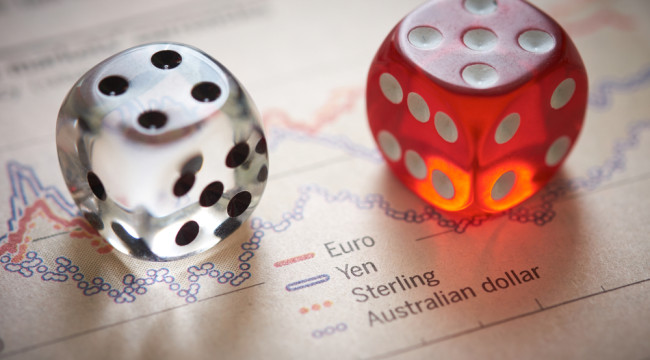 Should You Stay (in Stocks) or Go?

MELBOURNE — A week ago yesterday, the market was in panic mode. Commodity giant Glencore plunged on insolvency fears and both BHP and Rio fell to new, long terms lows. It was ugly.

But now, things are looking good. Global markets are in full rebound mode. Overnight, the Dow and S&P500 surged nearly 2%. After falling briefly below the crucial 5,000 level last week, the ASX 200 is also in much better shape.

But keep in mind the sharpest rallies often occur in bear markets. This is a result of the extreme bearishness that exists around certain points…like when everyone thinks a major commodity producer will go to the wall.

The news panics the weak hands into selling and encourages traders to make bearish bets by going ‘short’. The argument for shares to keep falling seems like a no brainer.

It’s this dynamic that creates the fuel for the next rally. Internally, the market is all out of whack. All the bears have sold and they’re sitting back, waiting for more selling to take place.

But there’s no one left who wants to sell. All that’s needed is a glimmer of good news to spark a rally. The good news, in this case, was slower than expected US jobs growth. That in turn means the Fed won’t be in such a hurry to hike rates.

Which means…buy stocks! The short sellers then panic and buy back their previously sold positions and, voila, the market puts in a cracking rally.

Everyone gets excited. The bottom, quite possibly, is in. It’s time to buy! And then the bear returns…

At least that’s how I think it will play out. But what would I know? How can any individual claim to know what’s going on? Is there anyone so smart or so ignorant that can claim to divine the future?

That’s why it’s best to let the market guide you. Have an opinion, sure. But don’t become a slave to it. That’s the approach I take in the Crisis & Opportunity report. That is, have a view, but be flexible.

Right now, the market remains in a well-defined downtrend. This rally is merely restoring some balance. I won’t get bullish on the market in general until the downtrend is over. That’s likely to take a few more months at least.

As absurd as it sounds, the recent rally has taken the pressure off the Reserve Bank to cut interest rates today. After last week’s panic, Australia’s army of rent seekers and vested interests started to make noises about the need for lower interest rates.

The sugar hit from past cuts is wearing off. The housing construction boom has passed its peak. House price growth in the bubble town of Sydney is starting to slow as auction clearance rates come down.

Will further rates cuts help? Sure, at the margin they reduce the debt burden for Australia’s highly indebted households. This frees up income for consumption, which boosts economic growth.

But they too will eventually wear off. And then we’ll be back at square one. That is, facing a massive structural adjustment that can only be facilitated by long and difficult reforms.

Lower interest rates exacerbate Australia’s structural issues. They certainly do not help them.

The RBA at least recognises this and will more than likely keep rates on hold today. Another rate cut won’t boost iron ore or LNG prices. It won’t stop thousands of job losses as work finishes up on the massive LNG construction projects this year. And it won’t reverse the decision to shut down Australia’s car manufacturing facilities over the next few years.

But it will encourage more speculative capital to flow into housing, and more debt accumulation. Is this what Australia needs right now?

Of course not. It needs a dose of tough love. The RBA’s ‘shadow board’ has the same view. This is a group of private, non-conflicted individuals (which includes two former RBA board members) who give their opinion on what the RBA should do each month, not what rent seekers want them to do.

‘Despite recent suggestions that the RBA should cut, it would appear unwise to do so in a world where the Fed is now very likely to raise at its next meeting,’ said shadow board member Mark Crosby, associate professor in economics at Melbourne University’s business school.

Professor Crosby said while Australia’s economic fundamentals remain weak, those problems are better fixed through tax, competition and other reforms than through further monetary policy easing.

‘Issues with excessive debt remain significant in many economies, and Australia ought not to exacerbate potential problems on that front through cutting rates,’ he said.

‘The medium-term question is still how rates become normalised.’

He’s exactly right. Sadly, the RBA’s actual Governor, Glenn Stevens, could never come out and say such a thing, at least not as directly. He has said as much in a mealy mouthed way before. But the message gets lost in the fog of central banker language.

And the medium term question of how rates become normalised? The first step is to stop cutting them. Each interest rate reduction just makes it harder to return to normality.

The answer is simple. Stop looking for a short term fix by cutting rates. Come out and say that rate cuts don’t work very well at such low levels…and that prolonged low interest rates can be just as damaging as interest rates that are too high.

Let the speculators know that monetary policy will no longer bail them out. Turn the debate towards fiscal policy and reform instead. It might prove difficult for a few months but markets will quickly adjust.

The road to normalisation starts with at least going in the right direction. If Steven’s holds out a carrot for more cuts down the track then he’s simply repeating the mistakes of the past.