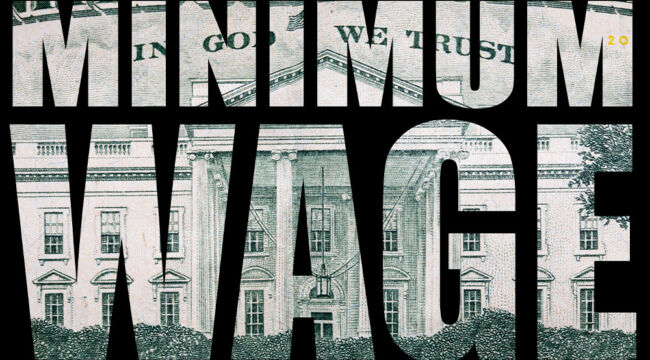 Given the rising prosperity we keep hearing about, shouldn’t we be able to provide minimum wage workers the same purchasing power they enjoyed 50 years ago in 1970?

This is a very simple proposition: either we can provide minimum wage workers the same purchasing power they enjoyed 50 years ago or we can’t.

And if we can’t, then all the claims about “rising prosperity” are revealed as false.

Let’s keep it simple: how many hours of minimum wage labor did it take to buy a new economy car, a new house and rent a studio apartment in one of the most expensive cities in the U.S.?

To keep it simple, let’s set aside taxes and just use the basic minimum wage, not the net wage.

The only accurate way to measure the purchasing power of labor is to ask: how many hours of labor did it require to pay the rent, buy a new car or buy a new house? Any other measure is just sleight of hand intended to obscure the collapse of wages’ purchasing power.

The Minimum Wage Bought Much More in 1970

Minimum Wage Should be $18 to Keep Up

Moving forward a few years to 1974, the minimum wage increased to $2/hour, and I rented a small studio apartment in Honolulu, one of the most expensive cities in the U.S. for $120/month. Thus it took 60 hours of minimum wage labor to pay the rent.

Studio apartments in Honolulu are now around $1,100/month rent, so to pay the rent with 60 hours of minimum wage labor, the minimum wage would need to be $18.30/hour.

In 1974, I paid $89.25 in tuition and $27 student fees per semester to attend the University of Hawaii at Manoa. (These numbers stick in your head when you’re paying for them in cash earned at low-paying jobs while you’re carrying a full five courses a semester.)

The current cost of tuition and fees at the University of Hawaii at Manoa is $12,186 per year. To pay the tuition and fees with 116 hours of work, the hourly wage would need to be $105/hour.

If America gets any more “prosperous,” I won’t know whether to puke or go blind.

What does it say about our “prosperity” if we can’t even afford to equal the purchasing power of the minimum wage paid 50 years ago? It says the 1% got the mine and the bottom 90% got the shaft.

The funny thing about human labor is that thanks to population growth, globalization and financialization, the relative value of labor has been in decline for decades.

This means that as prices of essentials rise due to scarcities, the quantities of tangibles that labor can buy decline, meaning those trading their labor for essentials can afford fewer essentials.

In other words, their prosperity is in a free-fall as scarcities push up prices of essentials.

(The top 9% mostly rely on earnings from labor, hence their modest increase compared to the top 1%).

The pathetically thin slice of wealth held by the bottom 50% of American households has fallen to near-zero. It’s fallen by 2/3 since the recent peak in the mid-1990s, the last “boom” that trickled down to the bottom 90%.

The bottom 50% have no reserves to draw upon as prices of tangible essentials rise. They have no wealth to sell, and the value of their labor as measured in purchasing power of essentials is in an accelerating decline.

The Fed can conjure up phantom “wealth” based on leverage but this relies on a heavily hyped faith in a fantasy world in which all tangible scarcities are magically turned to abundance by central bank money creation and low interest rates.

The returns on fantasies and phantom “assets” are also in a free-fall. Monetary and fiscal stimulus is skyrocketing to keep the travesty of a mockery of a sham “prosperity” from collapsing into a putrid sinkhole of failed financial farce.

The higher they push phantom “assets” based on exponential increases in leverage, the greater the air gap between essential tangibles and fantasy.

I’m not sure how this ends well.