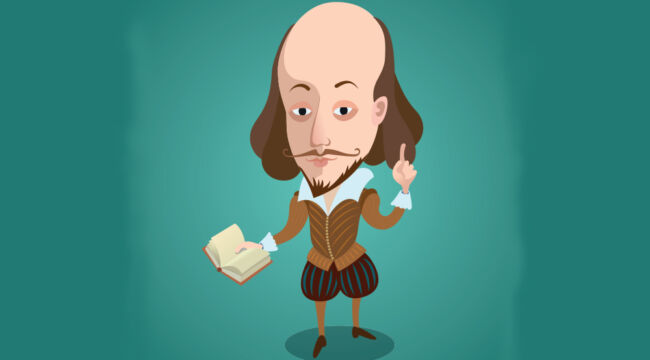 Just when you think the anti-Russian sanctions policy can’t get any dumber, it does. Here’s the latest:

The EU and U.S. have announced a new plan to cap the price of Russian oil by applying pressure through the insurance industry. The plan says that Lloyd’s of London and other insurance channels will not insure Russian tankers exporting oil unless the price is capped as demanded by the West.

Since over 90% of the world’s ships are insured through London-based insurers like Lloyd’s of London, U.S. and EU officials expect the move will have a major impact on Russian energy revenues.

The price cap seeks to squeeze Russia’s oil revenues without restricting the global oil supply, which would raise prices.

U.S. Treasury Secretary Janet Yellen says, “This price cap is one of the most powerful tools we have to fight inflation and protect workers and businesses in the United States and globally from future price spikes caused by global disruptions.”

Sorry, Janet, but the plan is doomed to fail. Here’s why…

Yellen Should Read The Merchant of Venice

In the first place, Russia can easily replace Western insurance. There’s no need to go into the details of the insurance industry here, but the two main techniques are self-insurance (you reserve part of your revenues in a fund to pay claims if needed) and captive insurance (you set up your own insurance companies with participation by affected parties).

Shakespeare actually described it in The Merchant of Venice back in 1598. Maybe Yellen and her EU counterparts should read it.

Simply put, Russia can easily get insurance on other markets not participating in the boycott including Dubai, India and China along with Russia itself. So insurance will not serve as an effective weapon against Russia, and the price cap will fail.

Meanwhile, the price of oil is determined on the global market — it’s not a regional price. And Russia doesn’t need customers in Europe; it has them in China and India. Russia itself has said that it won’t export oil to nations participating in the price cap scheme, so who would the plan really hurt?

It’ll be just another in a long list of failed sanctions. This is just another harebrained scheme from Janet Yellen.

At the same time, Germany plans to offer financial relief to German citizens who are staggering under the sky-high price of energy. (By the way, the price of energy has sky-rocketed but it’s not done rising; the price is still going up).

The price tag on this consumer bailout is $65 billion. It’s a good bet that the actual price tag will be much higher when all is said and done. Similar consumer bailout plans are being actively considered by new U.K. Prime Minister Liz Truss and by the government in the Czech Republic.

But these subsidies miss the point. They may offer European consumers some short-term relief, but costs aren’t the main problem. The problem is whether oil and natural gas will be available at any price. Price is moot when supply is zero.

Russia has now cut natural gas flows through the Nord Stream 1 pipeline to zero. The Nord Stream 2 pipeline has been constructed but never opened so that flow is also zero.

Russia is diverting oil sales to India and China so that oil is not going to Europe. At the same time, OPEC+ just announced small reductions in total oil output.

Of course, this all drives the price of energy higher, but again, the real problem is that there is no energy at all. Rebates to consumers and price caps don’t solve the problem of supply.

The timing is not coincidental because winter is coming. The supply situation is becoming critical. Europeans may enjoy their rebate checks but they’ll have to light a candle in the dark to read them. That’s further assuming they can hold the checks steady in their shivering hands.

It will be a cold, dark winter in Europe, and subsidy checks can’t prevent that. How long will Europe continue to go along with the sanctions regime that’s hurting themselves more than Russia?

Russia has effectively won the military war in Ukraine and the financial sanctions war globally. The longer the fighting continues, the more Europe and the U.S. will be hurt economically.

Italy is showing some common sense by calling for an end to sanctions on Russia, but the U.K. and Germany don’t show any signs of relenting.

You may not care about Europe all that much, but keep in mind that the EU is our largest trading partner. If Europe is in recession and suffering from crippling costs, it won’t be buying nearly as many U.S. goods.

That’s what we’re staring at.

Europe is suffering under the weight of sky-high energy prices, outright energy shortages and supply chain disruptions made worse by sanctions related to the war In Ukraine.

Some manufacturers are already shutting down due to an inability to obtain needed inputs of strategic metals or parts from subcontractors. Those shutdowns will grow far worse this winter as energy shortages cause rationing and blackouts. Farms have reduced output due to the inability to get fertilizer from Russia.

Even Worse Than Europe

Meanwhile, China is in even worse economic shape than Europe. The rolling COVID-related lockdowns, which continue, have closed down cities like Shanghai (population 26 million), Beijing (population 22 million) and Chongqing (population 31 million) on a regular basis.

In addition, China faces the collapse of the greatest real estate bubble of all time beginning with the crash of Evergrande, the world’s largest real estate construction and financing company, now spreading to many other real estate developers and lenders.

The Chinese government seems willing to let these lockdowns and real estate crises take their course and not respond with massive government spending as it has in the past. This is a perfect recipe for recession, which China appears to be in.

Finally, the U.S. and Canada both appear to have entered mild recessions. There is a good possibility that recessions in both countries will grow worse. It’s all connected.

The oil price cap scheme against Russia will only make things worse than they are already. Get ready for a long winter.