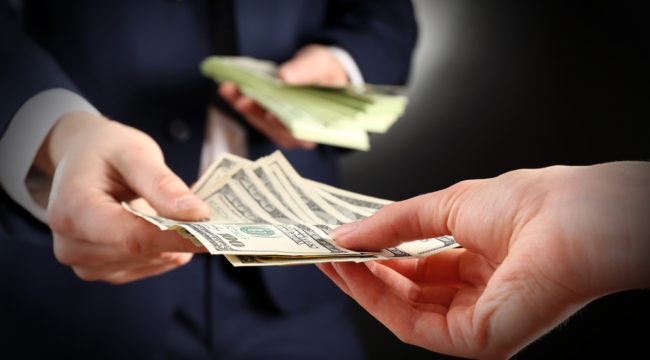 Markets were up again big today and volatility was down. But we haven’t seen the last of rising volatility, nor of the central banks’ attempts to thwart it.

This week, new Fed Chair Jerome Powell will be giving his first congressional testimony, and you can be sure that markets are waiting on his words with bated breath.

Before his testimony, the Fed will be releasing its Monetary Policy Report, which will also give an indication to the direction of Fed policy.

Because these will be his first official comments as Fed chair, Powell will want to both make a personal mark and make sure markets don’t panic over his remarks.

I believe he will temper his comments to neutralize any negative market impact the report could have.

Wall Street wants to hear that Powell’s not going to aggressively hike rates. The risk is that, as an article from CNBC reports, “Powell may not clarify anything,” in which case, “traders could be stuck with the same dilemma that shook stocks and sent bond yields spiking [last] Wednesday after the release of the minutes from the Fed’s January meeting.”

I think Powell will sound as dovish as he can to avoid that outcome. So even if he confirms rate hikes will be executed at the already forecast pace of three rates this year, he won’t indicate there could be more, which should keep markets calmer and bullish.

In other words, I don’t believe that Powell will implement dramatically different monetary policy from his predecessors Janet Yellen or Ben Bernanke. The Fed will do whatever the markets need.

Banks have grown accustomed to what I call “dark money” and don’t want Powell to rock the boat.

What is dark money?

Dark money basically means money coming from central banks. In essence, central banks “print” money or electronically fabricate money by buying bonds or stocks. They use other tools like adjusting interest rate policy and currency agreements with other central banks to pump liquidity into the financial system.

That dark money goes to the biggest private banks and financial institutions first. From there, it spreads out in seemingly infinite directions, affecting different financial assets in different ways.

These dark money flows stretch around the world according to a pattern of power, influence and of course, wealth for select groups.

Dark money is the No. 1 secret life force of today’s rigged financial markets. It drives whole markets up and down. It’s the reason for today’s financial bubbles.

Because of dark money provided by central banks, corporations have been piling on debt like arsonists hoarding lighters before a fire. They have used that debt either to service old debt or to buy their own stocks. That move artificially elevates their share values and in turn makes more bond investors relish buying their debt.

But there’s a silver lining to dark money…

Dark money is invisible to most investors. But if you understand dark money and know where it’s flowing, you’ll have information 99% of investors don’t have.

You can find the opportunities to trade around the dark money flows that Wall Street thrives on.