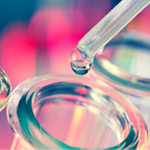 Stem cell therapy and RNA interference (RNAi) may be the sexiest hook-up since peanut butter and chocolate. And scientists are just beginning to explore the potential of combining these medical therapies.

Until very recently, the application of each therapy seemed very specific and limited: stem cells for regenerative medicine; RNAi for genetic correction. Furthermore, the repairing abilities of stem cells seemed more limited than first expected, and RNAi proved very difficult to be delivered to its intended targets.

But researchers recently discovered that the weakness of one technique was the strength of the other. So some research teams began combining the two to develop innovative and effective therapeutic tools for victims of neurodegenerative disorders like Huntington’s disease (HD).

At present, no preventative or curative treatments exist for HD, a hereditary disorder in which nerve cells (neurons) progressively breakdown in certain parts of the brain. Victims of the disease experience uncontrolled movements, dementia and eventually die from complications (infection, heart failure and pneumonia) that arise from the effects of HD on the body.

Normal human DNA contains a gene that codes for Huntingtin protein (htt). But in HD victims, that particular gene mutates, leading to the production of abnormally long htt proteins. The elongated htt proteins degrade into smaller, toxic fragments that bind together and accumulate in neurons, disrupting their normal functions. [For the record, “huntingtin,” the protein, is spelled with an “i,” while “Huntington,” the disease, is spelled with an “o.”]

The degeneration and eventual death of neurons in certain areas of the brain underlie the signs and symptoms of HD. Therefore, reducing or eliminating the mutant htt would halt or slow the progression of the disease. Many researchers consider gene-silencing with RNAi the best candidate therapy for the job.

Here’s how it works: Scientists produce in vitro snippets of RNA, called small interfering RNA (siRNA). siRNA are a close relative of DNA that match a portion of the gene of interest — like, for example, the mutant gene that produces the abnormal htt protein. siRNA can destroy the gene’s products before they can be turned into a protein. So in theory, specialized siRNA could be designed to interfere with the mutated htt gene’s ability to produce the abnormal htt protein.

But the challenge remains how to dispatch the siRNA into the human brain in a sustained, safe and effective manner. And even after siRNA find its way to the brain, it still has to penetrate into the brain cells in order to reach the degenerating neurons’ of HD patients. This is where stem cells enter the picture. They might be able to help siRNA make this challenging journey.

A group led by Dr. Jan Nolta of the University of California Davis, has tested a unique and very ingenious method to pass siRNA into neurons using mesenchymal stem cells (MSC).

MSCs have a wide variety of important roles in the body, but what interests Nolta is their ability to converge on sites of injury — kind of like cellular paramedics. But unlike ordinary paramedics, MSCs would also be willing to perform a transplant on the spot, using their own organs to save their patient! MSCs fuse with the damaged cells and inject them directly with ‘spare parts’ to help aid healing.

Therefore, if the MSCs contained siRNA designed to reduce the amount of abnormal htt, MSCs could transport and deliver them right to the heart of the degenerating neurons and prevent htt accumulation.

Scientists can easily extract MSCs from fat or bone marrow of adult donors. In Dr. Nolta’s vision, MSCs, isolated from a patient, would be modified in vitro to carry and produce siRNA. These modified MSCs would then be injected back into the patient’s brain, or possibly blood. Because of their natural properties, MSCs would then sidle up to neurons, poke them with a membranous finger, and pump them full of the miracle therapy.

In a paper published this year in Molecular and Cellular Neuroscience, Nolta’s team documented that siRNA-carrying MSCs were able to reduce htt levels by 50% in the target cells…at least in a petri dish. The reduction was not complete, or permanent, but it served as a proof-of-principle that MSCs can indeed deliver siRNA to other cells.

Dr. Nolta’s team has ideas on how to optimize its MSCs/siRNA system and has started testing it in animal models.

“Not only is finding new treatments for Huntington’s disease a worthwhile pursuit on its own,” said Nolta, who recently received a prestigious Transformative Research Grant from the National Institutes of Health to pursue her research, “but the lessons we are learning are applicable to developing new therapies for other genetic disorders that involve excessive protein development and the need to reduce it. We have high hopes that these techniques may also be utilized in the fight against some forms of amyotrophic lateral sclerosis (Lou Gehrig’s disease) as well as Parkinson’s and other conditions.”

While a therapy based on Dr. Nolta’s approach remains far from the doctor’s office, stem cell treatments are closer than ever. Combining them with RNAi, the hottest technique in molecular biology, opens more possibilities and hopes than ever before of curing degenerative diseases.

Severine Kirchner
for The Daily Reckoning