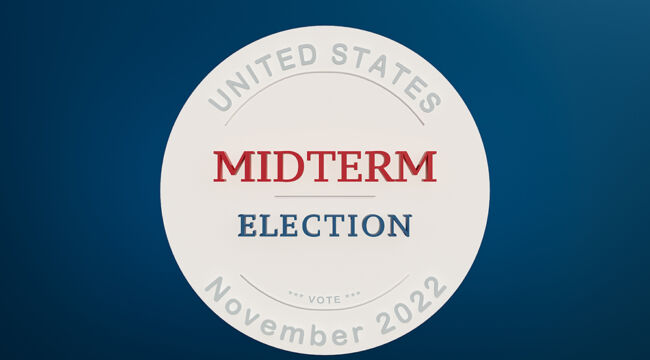 There’s less than three weeks to go until the critical midterm elections.

With so much on the line, what is the likely outcome? Will Republicans retake the House and the Senate? Perhaps one? Neither?

In today’s issue I’ll try to sort it all out for you.

Polls are often considered the easiest way to understand what’s going on, so we need to look at them.

But polling techniques are full of flaws. They often produce misleading and outright wrong results that favor one party over another, based on the biases of those asking the questions.

Many polls are conducted by major media organizations such as ABC News, The New York Times and The Washington Post. These polls are biased in ways that favor Democrats. The bias plays out in a number of ways. The first way is a too small sample.

A statistically valid sample group in an election poll should have about 1,100 participants. Anything less than that will have a wide margin of error, which makes the poll worthless in a close election. If you see a poll that says the sample size was 300 or 400 voters, it’s garbage.

The second way is to sample a group described as “all voters” or all “registered voters.” Those samples can also produce highly misleading results. The reason is that only a portion of total voters actually vote.

In the 2020 presidential election, 60% of voting-age citizens and 67% of eligible voters actually voted. Those percentages were likely inflated by the use of mail-in ballots and drop boxes, both of which have been curtailed somewhat in the meantime.

The comparable figures for the 2016 presidential election were 53% of voting-age citizens and 60% of eligible voters. Meanwhile, turnout in midterm elections is typically lower than in presidential years.

It’s All About Likely Voters

The best polls are limited to “likely voters.” This means voters who have actually voted in recent elections and plan to do so again.

The third way is to skew the sample group in favor of one party or the other. Even if the poll has 1,100 participants, the pollster has to decide how many Democrats and how many Republicans to include in the sample.

There are slightly more registered Democrats than Republicans but the gap is not wide (and varies by state). A fair sample might include 52% Democrats and 48% Republicans.

Some pollsters rig the samples by including, say, 55% Democrats and 45% Republicans. This gooses the result in favor of Democrats.

I know, you’re shocked as much as I am — pollsters are politically biased?

In reality, the big drivers of the final election outcome between now and November 8 will be the stock market, gas prices, unemployment, crime, and immigration. The last two are locked in and will favor Republicans. The first three are more volatile and may favor either side depending on how they move from today.

Having said all that, here’s my forecast for the House: Republicans will take control. They’ll emerge with 245 seats, Democrats, with 190. What about the Senate?

I give the Republicans 51 Senate seats and the Democrats 46 Senate seats with 3 seats, all currently held by Democrats, in the toss-up category.

If the Democrats take all three toss-ups, the final Senate split would be Republican 51, Democrat 49 and Republicans would control the Senate. If any of the toss-ups go to the Republicans, their majority would increase accordingly.

Georgia and Pennsylvania could flip to the Democrats. Arizona and Wisconsin could flip to Republicans. The three toss-up states — New Hampshire, Washington, and Colorado — could go either way. It’s still a tight race for control of the Senate.

But it’s critical to remember that many of these races are still in play.

Regardless, something shocking is likely to happen between now and November 8 that will affect the election. What could it be?

Last month, I listed three Wild Cards that might scramble the electoral calculus:

Trump is criminally indicted; Zelensky is overthrown in a coup d’état; and Biden dies in office.

All three are still possible, although I think we can all agree that Biden will probably still be alive on November 8. Meanwhile, the odds of a coup against Zelensky in the next few weeks are also unlikely.

That leaves a criminal indictment against Trump. How likely is that? Here’s my answer: A Trump indictment may be put off until after the midterms.

That’s because indicting him before the mid-terms might energize Republican turnout and backfire on Democrats.

The real purpose of an indictment is to derail Trump’s chances to become the Republican nominee for president in 2024. If that’s the goal, there’s plenty of time to move ahead with an indictment, even after the midterms.

But there’s a wrinkle. Since this publications is well outside the mainstream, which is why I hope you read it, here’s my newest Wild Card prediction:

Yes, you read that correctly. But why would Biden possibly pardon Trump, especially considering the backlash it would produce within his own party?

Don’t forget, the Mar-a-Lago raid and the steady stream of press leaks are designed to paint Trump as a criminal.

With Trump being pardoned, Democrats can position him as a criminal (why else would you need a pardon?) without having to actually prove that Trump committed any criminal act.

You may agree that Trump is a criminal, or that he isn’t a criminal. That’s your business. Regardless, politics is key.

The pardon would be positioned as a magnanimous act intended to heal a divided nation. It’s an inverted version of President Ford pardoning Richard Nixon in 1974.

Of course, this would further infuriate Trump since he didn’t actually do anything wrong. But it’s a win-win for Democrats since they look like the good guys while Trump runs around with his hair on fire.

This move could come before the midterms because it is likely to be viewed favorably, even by Republicans who are tired of the never-ending attacks on Trump.

Is this a firm prediction? No.

How to Invest Around the Election

The point is not that any particular Wild Card will turn up. It’s more the case that something shocking is likely to happen between now and November 8 that will affect the election.

In broader terms, Americans are rightfully focused on inflation, crime, immigration, and woke indoctrination by teachers and school boards as their main issues. Still, the U.S. is not a political island and big international developments will affect our economy and, by extension, the outcome of the election.

You should not ignore a possible economic implosion in China, the prospects of Europe’s economy collapsing this winter, the course of the war in Ukraine, and recessionary conditions in Japan, Canada and the UK.

Anyway, a prudent investor will keep an above-average allocation to cash both to withstand the volatility from the wild cards and to profit from attractive entry points on certain assets — while others are losing fortunes.