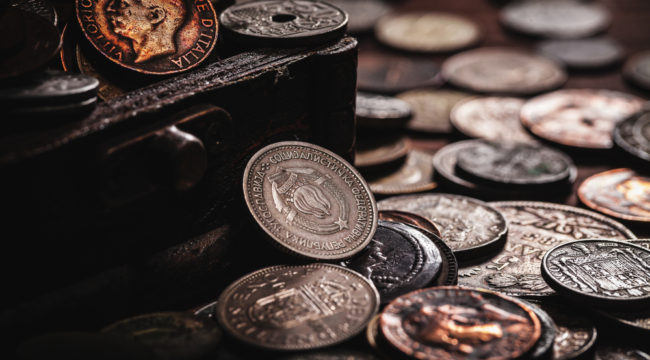 Italians take to the polls this Sunday. At stake is a constitutional referendum offering government reform. A “yes” vote would give Prime Minister Matteo Renzi broad powers to fortify Italy’s rickety banking sector. It would also reduce the number of senators from 315 to 100… to “streamline” the political process.

Its drummers say reform would give the stagnant Italian economy a good swift kick in the pantaloni. Things would get done, they say.

“Yes” would be a win for the “establishment.”

A “no” vote is a vote against the establishment… à la Brexit… à la Trump. Opponents say the referendum would, in the words of Fortune, “kill representative democracy and usher in a new period of authoritarianism.”

How important is the vote?

CNBC says many analysts consider the referendum “the most significant European political event of 2016. Yes, even bigger than Brexit.”

Brexit was rather big, if we recall correctly. Why bigger? Because the fallout…

The war rages around the Italian banking sector — most prominently, the battered Banca Monte dei Paschi (MPS). The thing’s been a going concern since 1472. The world’s oldest operating bank. But these days it’s in deep water. Or, rather, deep under water…

It’s No. 3 in the house of cards known as the Italian banking system. Italian banks are drowning under some 360 billion euros ($383 billion) of nonperforming loans… about a third of the eurozone total.

The IMF, in its understated way: “If downside risks were to materialize, regional and global spillovers could be significant, given Italy’s systemic weight.”

There’s some possibility that a full-scale Italian panic emerges with potential to spill over into Germany, where Deutsche Bank could once again be in the eye of the storm. Two big U.K. banks (RBS and Barclays) also just failed their regulatory “stress tests” and will have to come back to the market for more capital as well.

Taken together, there’s a real possibility of a banking and liquidity crisis in Europe between now and the end of the year.

The bank has until the end of the year to raise 5 billion euros, or about $5.3 billion. That’s seven times its market value. It also has to jettison about 28 billion euros ($29.9 billion) in bum loans.

And “time is running out,” as Stefano Girola of Syz Asset Management warns.

Prime Minister Renzi favors a plan to save the bank through a private effort led by JP Morgan. A “no” vote likely cancels the rescue operation. And that way could trouble lie…

It all goes to the banking system’s hyperconnectedness. If “no” passes and JP Morgan’s coalition of the willing can’t save it, Monte dei Paschi could flat-line. Then the government would have no choice but to revive it. Remember, the interconnectedness.

But under European banking rules, this means Monte dei Paschi’s bondholders and depositors get a good hosing. They’d have to “bail in” the bank (see below for further explanation). And that would be politically unpopular. Maybe as unpopular as a bailout? A lot of regular-Joe Italians are, evidently, depositors.

If “no” wins, Renzi said he’ll quit. This means a new election. The probable winner would be one Beppe Grillo… the Donald Trump of Italy. Like Trump, he’s also a celebrity — a former comedian… if you can believe it.

(The wisdom of Will Rogers is underappreciated: “People are taking their comedians seriously and the politicians as a joke.”)

Grillo’s also leader of the populist Five Star Movement, a motley coalition that also intends to hold a referendum on Italy’s euro membership.

Brexit didn’t sink the euro because it was never on it. Italy, different story. Italy’s the third largest economy in Europe. If Italia drops the euro, it’s goodbye, euro. Then it’s curtains for the entire European project. Then who knows.

But will Italy actually end up dropping the euro down the road, even if “no” wins Sunday? Never. No chance. Only a looney-tune would suggest it.