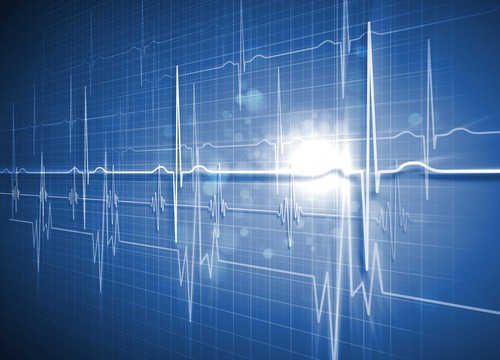 The defining characteristic of a zombified system is the way it hands out its rewards. In an honest economy, people do their best. They work hard. They take their chances. Some prevail because they are productive. Others are just lucky. The chips fall where they may.

But as the system is taken over by zombies, the chips fall where they are told to fall. Rather than to honest and efficient producers, the rewards go to those who curry favors.

Elizabeth Fowler knows how it works. She labored at the left hand of senator Max Baucus, drafting the collection of crimes and punishments that came to be known as ‘Obamacare.’ Senator Baucus admitted that he had better things to do than actually read it. But he didn’t have to. His chief health policy counsel, the aforementioned Madam Fowler, knew what was in it. As a former top lobbyist for Wellpoint, America’s largest health insurance provider, she had made sure the chips went where she wanted.

“If you drew an organization chart of major players in the Senate health care negotiations,” wrote Politico at the time, “Fowler would be chief operating officer.”

Fowler had already been through the revolving door more than once or twice. She worked for Baucus before joining Wellpoint…and after. When she came back to Baucus she replaced Michelle Easton, another Wellpoint lobbyist, who helped guide the senator on health policy while Ms. Fowler was on the Wellpoint payroll.

Then, after the legislation was passed, the White House turned to the clever lobbyist to implement it. After all, the sugar spot in the legislation was the provision requiring people to buy products from companies such as Wellpoint, whether they wanted to or not. As America’s new Special Assistant to the President for Healthcare and Economic Policy at the National Economic Council, her job was to make sure Wellpoint got a good return on its investment.

And then, in December 2012, whoosh…she went back through the revolving door. Type in “Elizabeth Fowler” and “revolving door” and you will get the whole story. The ‘architect of Obamacare,’ say the papers, left the White House to go to the honeypot at Johnson & Johnson.

What will she do there? Will she test the adult diapers? Will she take out the trash or write advertising jingoes? No, she is up to her old tricks, in a ‘senior position’ at their ‘government affairs and policy group.’

(This is not the first time this sort of special privilege has been granted in the USA. The ethanol industry got it coming and going. Tax credits subsidized farmers for growing corn and then federal mandates required fuel companies to buy it. )

Wellpoint was not the only winner in the health care sector last year. The New York Times reports:

WASHINGTON — Just two weeks after pleading guilty in a major federal fraud case, Amgen, the world’s largest biotechnology firm, scored a largely unnoticed coup on Capitol Hill: Lawmakers inserted a paragraph into the “fiscal cliff” bill that did not mention the company by name but strongly favored one of its drugs.

The special favor was buried in Section 632. It involved a kidney dialysis drug — Sensipar — that was spared from cost-cutting restrictions for an additional two years. This was the fruit of efforts by 74 Amgen lobbyists. It is expected to cost the Medicare system up to $500 million.

That’s how a zombie system works. Congressional staff members slip favors to private sector companies. Then, the companies return the favors, giving staff members cushy jobs. One of the chief Amgen lobbyists, for example, had been an employee of Senator Max Baucus, head of the Senate Finance Committee. Jeff Forbes was the senator’s chief of staff. Amgen has given the politicians $5 million since 2007, with $68,000 to Baucus.

But poor Elekta AB. The Swedish maker of radiation tools got stabbed in the back by the same last-minute legislation. That’s the way zombieism works too; the rewards go to people who are best able to pervert the political process. Elekta was at a disadvantage. A foreign company, it couldn’t give money to the politicians. Varian, its competitor, could. Plus, Varian put 18 lobbyists on the case and managed to get Elekta’s payments cut in half.