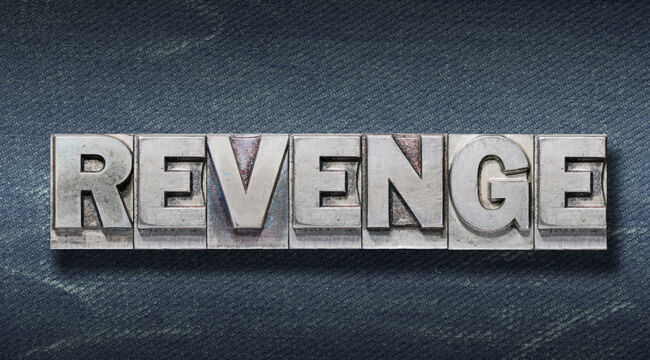 Rather than stare at empty shelves, you have two options for distraction: You can don a virtual-reality headset and cavort with dolphins in the “metaverse” or you can trade various forms of phantom wealth that always go up (happy, happy!) because of the Fed.

Neither distraction actually solves any real-world problems, a reality we can call the “Revenge of the Real World.” We’ve entered a peculiar phase in American history in which illusions of wealth and control are the favored distractions from the unraveling of the real-world economy and social order.

Printing trillions of currency units can’t restore the global supply chain or social cohesion. Rather, jacking phantom wealth to the moon is only accelerating the collapse of the social order and the economy even as it accomplishes absolutely nothing in terms of solving real-world problems.

1. The number of high-consumption (“middle-class”) people doubled from 1 billion to 2 billion. The human populace has expanded to 7.9 billion individuals, but poor people who don’t have enough money to consume large quantities of energy, goods and services delivered by the global supply chain don’t have much of an impact on global consumption of energy and resources.

It’s the number of people jetting around the world playing their part in the landfill economy (toss the old one, buy a new one) who drive “growth” (i.e., waste is growth).

Strangely enough, there are actual physical limits to resources being transformed into junk being dumped in the landfills. Humanity’s rapacious appetite for stuff has extracted all the cheap-to-extract resources and now all that are left are the increasingly expensive-to-extract resources.

2. Corporate America offshored most of the production of essentials to exploit the low labor and energy costs, minimal environmental standards and currency arbitrage of overseas production. The net result has been an astounding increase in corporate profits.

But a funny thing happened on the way to Corporate Profit Nirvana: America became dependent on foreign supply chains. In essence, we traded national security for corporate profits. Now the real-world costs of that myopic greed are becoming apparent.

3. Global supply chains have been optimized for cheap energy and cheap credit. This optimization stripped away all the buffers as a means of maximizing profits. Once the system veered outside the narrow band of optimization, the entire system lost coherence and unraveled.

Now that the entire global supply chain has been optimized to maximize profits at the expense of buffers, the buffers are too thin to save the system from collapse.

The entire dependency chain depends on cheap energy (all those cheap seats on wide-body aircraft were subsidizing the air cargo beneath the passengers’ feet) and cheap credit, as consumers can’t buy enough with earnings to keep the machine well-oiled.

And firms in the dependency chain need ample cheap credit to function, as many have receivables that stretch out over 90 days. Without cheap credit, these firms would have to close down.

The status quo response would be amusing if the consequences weren’t so dire: We don’t need no stinking buffers! The supply chain for the landfill economy will be back up to full speed any day now, or maybe next year, but don’t you worry, the conveyor belt from China to big-box stores to the landfill will be fully restored.

In the meantime, cavort with dolphins in the metaverse and trade tokens of phantom wealth to amuse yourself. We’re counting on magic to put it all right, and if that doesn’t work, then the real world’s revenge will be something to behold.

What about the precious dollar? Is it toast? Let’s think about this…

The consensus makes sense: The U.S. dollar is doomed because the Federal Reserve and the Treasury will conjure trillions of new dollars out of thin air to prop up the status quo entitlements, monopolies, cartels and debt/asset bubbles, and since little of this issuance actually increases productivity, all it will accomplish is the dilution/devaluation of the currency.

Put simply, the dollar will lose its purchasing power as the inevitable result of the need to print and borrow ever-increasing sums to pay interest on existing debts; fund bread and circuses to keep the masses placated; and keep inflating the asset bubbles in stocks, housing, bat guano, etc. to maintain the illusion of prosperity.

This destruction of the dollar is TINA writ large: There is no alternative. The only way to keep the status quo from imploding is to print as many trillions as are needed, and this inevitably devalues the currency to the point of worthlessness.

OK, we get it: TINA so the dollar dies. But let’s consider TINA from the perspective of the deep state…

Will the Deep State Allow the Dollar to Crash?

Destroying the purchasing power of the dollar destroys the engine of America’s power, which is the ability (“exorbitant privilege”) to conjure “money” out of thin air and be able to trade this “money” for cobalt, steel, semiconductors, etc. supplied by other nations.

If the dollar is destroyed by overissuance, then how do we buy the cobalt and other goodies we need to keep the aircraft carriers and all their aircraft in working order? This is a problem, for if we can’t conjure “money” out of thin air and persuade everyone it still has value, then America’s global influence dissipates into thin air.

So what the consensus proposes as inevitable is financial trickery will destroy America’s global influence and its prosperity, and there’s no alternative. In other words, the deep state will just throw up its collective hands and surrender its empire so Wall Street can continue inflating its bubble of phantom wealth, even as that destroys the dollar, America’s global empire and ultimately its prosperity.

Is this really inevitable? Isn’t it plausible that the deep state might rouse itself from its various distractions and take notice that once the dollar loses purchasing power the deep state loses all its power? Are there really no adults left in the room who can make this basic observation?

For the sake of argument, let’s assume there are a few adults left who understand that the dollar is the linchpin of the entire empire and so it’s actually worth protecting.

And let’s also assume these few adults understand that boatloads of parasites, leeches, speculators, etc. will have to be sacrificed, and all manner of politically sacrosanct bubbles, skims, scams, rackets, monopolies and cartels will have to be demolished, much to the dismay of the parasites, leeches, speculators, etc. who have gotten immensely wealthy off these bubbles, skims, scams, rackets, etc.

It seems impossible that the parasites, leeches, speculators, etc. at the top of the heap could be brought down. It’s certainly a stretch, given their entrenched power. It seems much more likely that the game of incrementally devaluing the dollar will continue indefinitely.

But what’s the endgame of this devaluation? Is it really so faraway that the banquet of consequences will never be served? These sorts of things have a way of gathering momentum as self-reinforcing feedbacks kick in, and then the consequences are served up faster than anyone believed possible.

Which is more valuable: Wall Street’s debt/asset bubbles or the global empire? You can’t have both, so choose wisely.

The contrarian bet is that the deep state finally awakens from its troubled sleep and decides the empire is more valuable than the bubbles, skims, scams, rackets, etc. and so the dollar will have to be defended regardless of the cost to those benefiting from its devaluation.

Very few are willing to take that bet now, but let’s get comfortable and watch the printing-borrowing-trillions devaluation game for a few more years and see how it plays out.