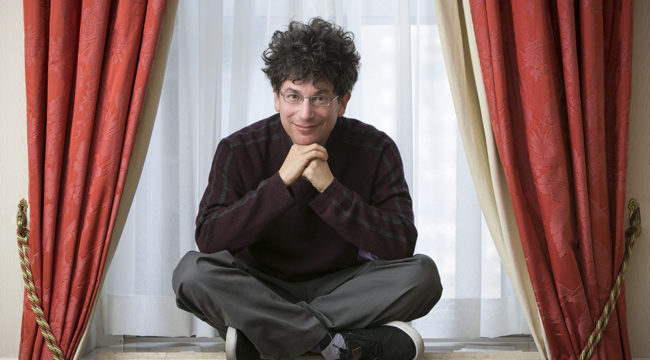 We can appreciate why Brian Rashid in Forbes has labeled James Altucher “the most interesting man in the world.”

After all, a millionaire who owns just 15 worldly items and lugs around a Ziploc crammed with $2 bills is not an ordinary man…

We’re adding the world’s most interesting man to The Daily Reckoning’s crowded stable of gurus, misfits, castoffs and dreamers.

And glad of it, too.

James moved in the New York overworld of high finance, where he honchoed successful hedge funds.

He’s been a venture capitalist…

James is a human dynamo who goes on 94 octane, seven days of the seven, reveille to taps.

LinkedIn has even ranked James the world’s No. 4 “influencer” — trailing only Bill Gates, Richard Branson and financier Mohamed El-Erian.

Over the years, his wanderings have led him into gorgeous country… and gorgeous trouble.

“I’ve made every mistake in the book,” James would later confess. “I was so unbelievably stupid.”

James sank so low he nearly heaved himself into hell’s fires. But with charity in his heart:

Fortunately, James seized himself by the bootstraps, gave them a good yank and rose, phoenix-like, from the deeps.

He interrogated every aspect of his life — physical, mental, emotional, spiritual — and started over from the basement up.

He then presented the world with one vastly improved product.

Now James runs a business that took in $11 million last year. He runs one of the most listened-to podcasts on the internet. He has almost a half-million loyal followers the world over.

And taking his leaf from Sinatra, James did it his way…

James would no longer adjust his sails to the prevailing breeze. No — he’d challenge the wind itself.

The $200,000 you’d misspend on college would be far more productive.

“It’s a total scam,” James says. “Nobody should put more than 5–10% of their assets in any one investment.”

What about the stock market?

Speaking from the invincible authority of personal experience: “All of Wall Street is a scam.”

This is a limited sample of James’ oeuvre.

Today James uses his wealth of experience — experience earned in a hard school — to help everyday Americans thrive in the new America where the old rules no longer work.

As Mr. Altucher told our colleague Dave Gonigam from The 5 Min. Forecast:

In this [present] environment, relying on our corporate overlords to take care of us is also pretty scary, and the results of that are often very unpleasant.

James says it could return 10 times your money by the end of the year.

We’ll be uncovering more about James’ latest venture as the week unfolds. We urge you to stay tuned.

So… why does James Altucher go around with a Ziploc full of $2 bills?

“People always remember you if you tip with $2 bills.”