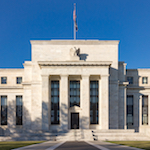 The Federal Reserve has pursued its 2% inflation target with a monomaniacal determination… like a mad dog worrying a bone.

But it has largely been a juiceless pursuit… “as elusive as sheet lightning playing among June clouds.”

Inflation has bubbled a bit here, gurgled a bit there. But to limited general effect.

Headline inflation (including food and energy) sank from 2.9% last June… to 1.6% in January.

It is true that core inflation — excluding food and energy — runs somewhat warmer at 2.2%, annualized.

But the oven is nonetheless set to low temperature.

Some accounts carry a greater plausibility than others.

We presently incline toward the astrological theory — but we are far from convinced.

Meantime, the February inflation numbers are due out tomorrow.

We expect no sharp departure from existing trends.

And they will likely offer the Federal Reserve additional justification to hold rates steady.

But is actual inflation vastly higher?

Yet assets such as stocks, bonds and real estate have been the scenes of dramatic inflation over the past decade.

And therein hangs an epic tale…

Household net worth in these United States has increased some 73% since the Great Recession.

And Americans’ financial assets totaled over $85 trillion at the end of 2018.

But what if they were included?

The Federal Reserve’s New York headquarters hatched a model for that express purpose:

The “underlying inflation gauge,” or UIG.

This UIG incorporates not only consumer prices — but producer prices, commodity prices and financial asset prices.

If we gauge inflation by this comprehensive model… the true rate of inflation substantially exceeds the Federal Reserve’s 2% target.

What is the true inflation rate as indicated by the UIG?

The lesson, plain as eggs:

Inflation lives and thrives. But largely in assets.

And the Federal Reserve could have begun raising interest rates as far back as Bernanke.

Had the Fed been using a 2% target based on the UIG, [former chairs] Janet Yellen and Ben Bernanke would have been compelled to raise interest rates much earlier than they did.

The UIG carries [an important message] to policymakers: The obsessive fears of economywide inflation being too low is misguided; monetary stimulus in recent years was not needed.

Obsessive fears of low inflation are misguided? Monetary stimulus in recent years was not needed?

This Carson heaves up strange and dangerous heresies.

The Paul Krugmans of this world will set him down as an agent of the Old Boy himself… and an enemy of civilization.

Or worse — that gold is money.

But what if the UGI is correct?

Were decades of loose monetary policy an epic blunder?

The really frustrating part of this story is that had central banks viewed stocks, bonds and real estate as part of the “cost of living” all along, the past three decades’ booms and busts might have been avoided because monetary policy would have tightened several years earlier, moderating each cycle’s volatility.

But if the actual inflation rate runs to 3%… what does it portend for the economy?

If the Federal Reserve resumes rate hikes at this late point, it would likely trigger a major stock market sell-off.

But if it does not raise rates, the true inflation rate will once again exceed the critical 3% mark, inviting recession… and a market sell-off.

But either way… damned.