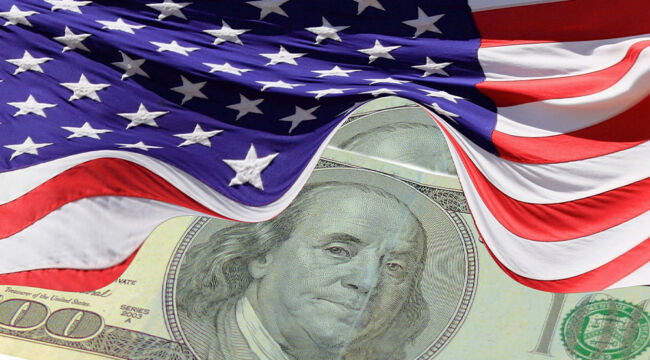 Mr. Biden will issue his first budget proposal tomorrow morning. Under his scheme:

The United States government has not spent so deliriously since the Second World War.

President Biden will propose a $6 trillion budget on Friday that would take the United States to its highest sustained levels of federal spending since World War II … with deficits running above $1.3 trillion throughout the next decade…

Where is Herr Hitler? Where is Misuta Tojo? Where is Signore Mussolini?

These gentlemen are presently torches in hell, each of them. Our minions confirm it — we had them thumb through the post-mortem registries.

Yet Mr. Biden would spend as if these three gentlemen were active menaces.

Government Takeover of the Economy

What — then — does he propose to do with his $6 trillion? The Times:

The growth is driven by Mr. Biden’s two-part agenda to upgrade the nation’s infrastructure and substantially expand the social safety net, contained in his American Jobs Plan and American Families Plan, along with other planned increases in discretionary spending…

If Mr. Biden’s plans were enacted, the government would spend what amounts to nearly a quarter of the nation’s total economic output every year over the course of the next decade. It would collect tax revenues equal to just under one fifth of the total economy.

It need not be mentioned — we will mention it regardless — the United States government lacks the wherewithal to upgrade the nation’s infrastructure and substantially expand the social safety net.

The strongbox is empty.

And the Treasury pushes more money out its back door than it hauls in through its front door.

The government must therefore go upon the borrow… and plunge the nation deeper and deeper into the red sea of debt.

Again… where are Hitler, Tojo and Mussolini to justify the outlays?

The great bugaboos of today are instead “climate emergency” — formerly climate change — and income inequality.

Chunks of Mr. Biden’s budget are consecrated to green energy, so-called. His initiatives would purge the devil molecule carbon dioxide from American life.

Yet we have a question…

They are also “energy-dense.” That is, the carbon dioxide molecule packs tremendous wallop.

Solar and wind power, in contrast, cost much. And they cannot approach the condensed dynamite of fossil fuels.

The economy would therefore expend more resources upon less efficient, less productive forms of energy, to arrive at the same point.

Where is the gain?

Their drummers argue these alternative energies would give broad, high-paying employment.

They would therefore benefit and expand the United States economy.

Our argument reduces to this:

Another question: Are these green energies truly green?

These must be dragged up from the earth. This dragging up requires heavy machinery that guzzles fossil fuels by the gallon, by the barrel.

These materials must also be hauled off to assembly and shipped on to final destination.

Can wind and solar power give the requisite electricity?  No time soon, they cannot.

What can give the requisite electricity? Fossil fuels… the very fossil fuels electric batteries would replace.

We do not oppose alternate energies as such. And we bang no drum for “Big Oil” — we are in no one’s pay.

But we harbor severe reservations about government-mandated and government-funded enterprises.

If they were so swell… why do they require government crutches to hold them upright?

Let the winners stand upon their own two legs.

One final question, only partly in jest:

If the climate is in crisis and melting ice will flood the coasts… why does beachfront property remain so precious?

We are far from convinced expenditures on these green energies are worth the candle. Cheaper, more efficient energy already exists, as stated.

But at least it dangles an economic carrot. However:

Much of the president’s proposed $6 trillion budget represents “investments in people.” That is, social spending. As The Times has it:

Funding for affordable child care, universal prekindergarten, a national paid leave program and a host of other initiatives.

That is, it funnels into non-productive spending.

The late economist Kurt Richebächer, after whom our company’s library is named:

Few people seem to realize that there is also a diametric difference in economic effects between borrowing for capital investment and borrowing for consumption… First, credit for capital investment generates cumulative employment and income growth with minimal debt growth; second, credit for consumption generates compounding debt growth with minimal employment and income growth…

Capital spending is really the critical mass in the economic growth process, generating all the things that make for rising wealth and living standards.

For decades, United States debt has fed consumption. It therefore requires greater heapings of debt… because non-productive debt does not generate the income to make it good:

Until the late 1970s, one dollar added to GDP in the United States was tied to $1.40 in additional debt. This relationship has continuously worsened… For one dollar of additional GDP, lately, there are $4 in additional debt. It is generally not realized that all unproductive debt rapidly compounds. Every new spending requires ever-new credit, and in addition, there runs the soaring bill of compounding interest.

It is a dreadful cycle, a frantic spinning upon the hamster wheel. Debt builds and builds at capital’s expense. Revisiting The New York Times:

Total debt held by the public would more than exceed the annual value of economic output, rising to 117 percent of the size of the economy in 2031. By 2024, debt as a share of the economy would rise to its highest level in American history, eclipsing its World War II-era record.

He may request his bright red fire engine. But it does not mean Santa will leave the toy under the tree.

Any budget proposal must first clear Congress. We suspect it will get a good sandpapering on its way through the mill.

But this we must consider: The president’s party commands both houses of Congress. Without internal rebellion, much of the proposal may push on through.

But it makes no nevermind. We hazard the nation is already too far down the hill, past the point of all return.

And the gradient, once gentle enough, is steeper by the day.

How does a man go broke?