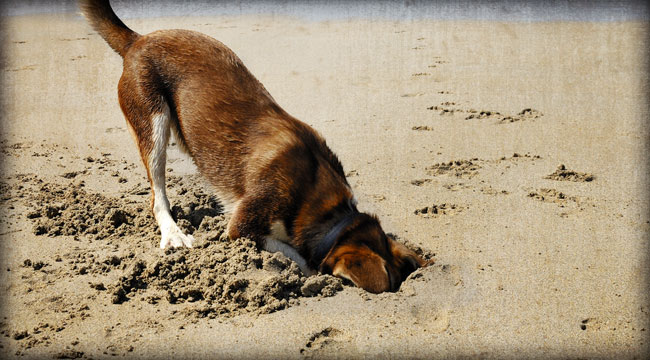 Ed Note: Dr. Richebächer wrote this classique in 2006,  a day after the FOMC meeting. The Fed decided not to raise rates for the third straight month. In fact, to this day it still hasn’t raised rates.  At the time, the mainstream thought the economy was in great shape. But Dr. Richebächer recommended that Americans remove the rose-colored glasses to see the U.S. economy for what it really is. Not only was Kurt Richebächer right… but his calls on the long-term structural damage to the U.S. economy seem to ring true during the present-day “recovery”…

The deficit country is absorbing more, taking consumption and investment together, than its own production; in this sense, its economy is drawing on savings made for it abroad. In return, it has a permanent obligation to pay interest or profits to the lender. Whether this is a good bargain or not depends on the nature of the use to which the funds are put. If they merely permit an excess of consumption over production, the economy is on the road to ruin.

Finally, the greatest boom in American housing history is going bust. The impact on the economy has only just begun to be felt. Demand for homes is sharply down, while the number of vacant dwellings is ballooning – up more than 40% for existing homes and more than 20% for new homes year over year. At issue now is the severity of the impending bubble aftermath.

It does not seem, though, that there is a lot of worrying around. There appears to be a widespread belief that the U.S. economy is now out of trouble because the Fed decided not to raise interest rates. We presume the following interpretation:

Treating bad economic news as good for the financial markets, Wall Street is running wild with more aggressive speculation. “The world economy is on track to grow at a 5.1% rate this year, but the risk of a severe global slowdown in 2007 is stronger than at any time since the September 2001 terror attacks on the United States,” said the International Monetary Fund in a report to finance ministers, mentioning two possible triggers: a sharp slowdown in the U.S. housing market or surging inflationary expectations that would force central banks to raise interest rates.

Taking this forecast into account, the sudden plunge of commodity prices may not be totally surprising. On the other hand, prices of risky assets and mortgage-backed securities have, despite the obvious problems in U.S. housing and consumer finance, held steady. Stock prices of U.S. lenders up to their necks in subprime, interest-only and negative-amortizing mortgages have been rising 5-10% since late August. Since hitting bottom in June, emerging stock markets have rebounded 20%. Developed international markets have risen by 12%, and U.S. stock markets by around 8%. A vertical slide by the yen since May suggests that yen carry trade is back with a vengeance.

Given the growing talk of impending recession in the United States, all this may appear rather surprising. The underlying rationale seems to be the assumption that this recession will be just another soft patch forcing the Fed to what the speculative community likes most: a return to easier money.

There is talk of recession, but definitely no recession scare. Popular perception appears to trust that the U.S. economy will again prove its outstanding resilience and flexibility. And are the balance sheets of private households not in excellent shape, as rising asset valuations have vastly outpaced the rise in liabilities over the years? The possible scary parts of the new development, a deeper recession and a precipitous decline in economic growth, have not yet come to the fore.

Over the past five years of recovery from the 2001 recession, U.S. economic growth has been “asset driven,” according to colloquial language. More to the point, protracted sharp rises in house prices served private households as the wand providing them with prodigal borrowing facilities to increase their spending. For years, it was the economy’s single motor. The Fed estimates that mortgage equity withdrawals exceeded $700 billion, annualized, in the first half of 2006.

We have presented these figures to highlight the paramount importance of the large equity extractions on the part of private households for U.S. economic growth during the U.S. economy’s current recovery. Plainly, it prevented a much deeper recession. Absence of any wealth gains could have easily induced private households to do some saving out of current income.

For the consensus, the U.S. economy’s shallow recession in 2001 is the most splendid justification of Mr. Greenspan’s repeatedly expressed idea that it is better to fight the bubble’s aftermath with easy money than to prick it in its prime. This is plainly a gross misjudgment, because America’s shallowest recession was followed by five years of the shallowest economic recovery, with unprecedented large and lasting shortfalls in employment, income growth and business fixed investment.

Actually, there have been major changes in the U.S. economy’s pattern of employment and resource allocation, but altogether changes for the worse, not for the better. These structural changes are bound to depress U.S. economic growth in the long run.

The striking feature of the housing bubble – distinguishing it diametrically from an equity bubble in this respect – is its extraordinary credit and debt addiction. The reason is that it requires borrowing for two different purposes: first, for driving up house prices; and second, for the cash out of the capital gains. Every single dollar for this purpose has to be borrowed.

Since end-2000, American households have offset their badly lacking income growth with an unprecedented stampede into indebtedness, up so far by $5.3 trillion, or 77%. But as soaring house and stock prices added a total of $15.6 trillion to the asset side of their balance sheets, households miraculously ended up with an unprecedented surge in their net worth from $41.5 trillion to $53.8 trillion in the first quarter of 2006.

Referring to this fact, Fed Chairman Bernanke noted in a speech on June 13 that “U.S. households overall have been managing their personal finances well.”

Manifestly, the rapid creation of the housing bubble in 2001 did prevent a deeper recession. But this should raise the further question of how the housing bubble and its financial implications have affected the U.S. economy from a longer perspective. In other words, are they in better or worse shape today than in 2001 to weather the aftermath of the housing bubble? Our answer is categorical: Underlying cyclical and structural conditions have dramatically worsened.

The second ominous difference is that the economy and the financial system have accumulated structural imbalances and debts as never before in history. Vastly excessive borrowing for consumption and speculation has turned the U.S. economy into a colossus of debts with a badly impaired capacity of income creation.

And finally, equity and real estate bubbles are very different animals, of which the latter is manifestly the far more dangerous. In its World Economic Outlook of April 2003, the International Monetary Fund published a historical study, titled When Bubbles Burst, and explained differences in the effects between bursting equity and housing bubbles. It stated, in brief, the following:

The severe cases of bursting housing bubbles badly affecting the banking systems in the late 1980s were in England, the Nordic countries and Switzerland, not to speak of Japan, where, however, commercial real estate played the key role.

Editor’s Note: The problems facing the US economy circa 2006 are the same problems we’re facing in 2014. Nearly eight years of near-zero interest rates and lackluster economic growth have seen to that. But there is hope… at least for you and your own personal wealth. By signing up for The Daily Reckoning email edition, you’ll have the chance to discover unique profit opportunities that only a handful of people in the world get access to. It’s free to sign up and there is no obligation once you’re in. So you’ve got nothing to lose and a lot to gain. Sign up for FREE, right here, to get started.

Kurt Richebächer was an international banker and economist. He frequently contributed to the Daily Reckoning and was best known for his newsletter, “The Richebächer Letter,” which we were lucky to publish for him.