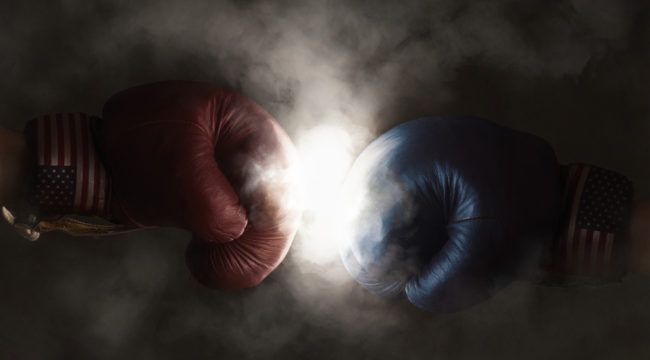 Requiem for a Lightweight

“I will keep you in suspense.”

Debate moderator Chris Wallace had just asked Donald Trump if he’d honor the election results if Hillary wins. That was his response.

So Trump’s swinging from the gallows today, condemned for the following crime: “Threatening to upend a fundamental pillar of American democracy.”

Arizona senator Jeff Flake said his words were “beyond the pale.” (The pale of what remains a bit dim.) Lindsey Graham said Trump was “doing the party and our country a great disservice by continuing to suggest the outcome of this election is out of his hands and ‘rigged’ against him.”

Just so. But David Stockman says it doesn’t matter if Trump concedes the election or not. He’s sunk. And last night cinched it:

That was truly dismal… It will not matter whether he concedes on Nov. 8, because the election ended last night. Trump proved himself to be too vain and politically stupid to win, and, in any event, wholly incapable of leading a popular revolt against the ruling elites. The fact is, he will only get +/- 200 electoral votes — so on election night, he will be keeping exactly no one in suspense.

The real reason Trump lost, according to David — and it has nothing to do with his treason against American democracy:

The reason Trump lost the debate and his last chance at victory was because he failed miserably to prosecute the case against the Wall Street/Washington status quo. And most especially, the dismal state of the American economy, the massive debts that encumber it and the Fed’s ruinous regime of Bubble Finance that crushes savers, wage earners and Main Street businesses — even as it showers speculators and the 1% with stupendous windfalls of unearned riches…

He can’t articulate at all the case against Big Government and the policies that have ruined American capitalism and left Flyover America out to dry.

David’s in exquisite torture because of it. The election was there for the taking. If only this… If only that.

The polls confirm his pessimism. Hillary’s 6.5 points ahead, according to the latest RealClearPolitics poll. David Byler, their elections physicist, calls a Trump comeback at this point “improbable.” Fortune’s Daryl Jones joins the growing ranks when he says Trump’s chances are “increasingly unlikely.”

The castle walls are closing in.

So David Stockman strikes his colors… surrenders his sword… and resigns himself to the inevitable:

The full ruin of Hillbama is now upon the land. There is nothing left to do except to get prepared for financial calamity at home and more wars abroad. The Washington swamp will get far deeper before it is eventually drained.

David draws a grim sketch of the next four years. But maybe he shouldn’t throw down his musket just yet…

The aforesaid Daryl Jones holds out three possible Trump cards: The polls could be wrong. WikiLeaks could still drop the big one on Hillary. Something could come out about her health.

On that first point: The polls gave Carter a 6-point lead over Ronald Reagan heading into the final round in November 1980. Reagan won by knockout.

And who can forget the iconic image of Truman razzing The Chicago Daily Tribune for declaring Dewey the winner in the 1948 election? 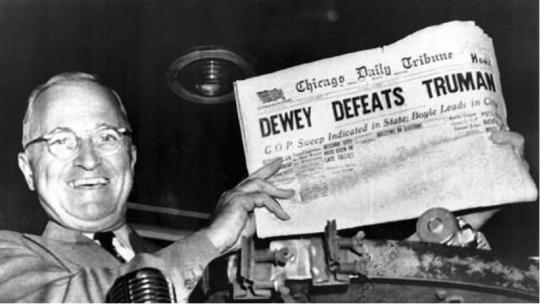 Can Trump pull a Dewey? He’s shocked before.

Come home to today and look at Brexit. Polls had “Remain” over “Leave” by a close — but clear — margin heading into the June vote. And “we all know how that played out,” as Jones reminds us.

(Is it over? Or is Trump still alive? Give us your take: dr@dailyreckoning.com.)