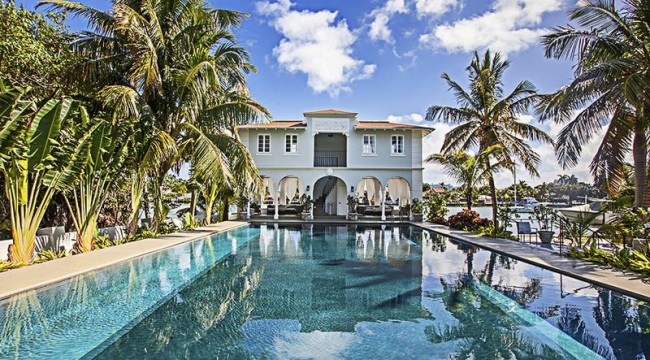 Remember When… We Called the Florida Property Slump?

Not only will you be shocked at just how quickly time passes,  but you can see what we predicted correctly, what we missed the mark on, and how history does, in fact, have a habit of rhyming.

Today there’s nothing to report on from ten years ago… so, we turn back the clock by a half-decade…

Five years ago today, Frank Holmes reported on Vietnam’s strong affinity for gold. Back then, on a per-capita-income basis, Vietnam consumed twice as much gold as India and 10 times that of China.

At the time the piece was written, net retail gold investment in Vietnam reached 14.1 metric tons during the first quarter of 2010. Flash forward to last year, when Tanhnien News reported that Vietnam’s gold purchases fell 42% year-on-year to 19.3 tons in the April-June quarter, according to the World Gold Council report.

Despite falling gold purchases last year, Vietnam is still buying an impressive amount of gold, up more than five tons since 2010. Gold demand was growing because people didn’t believe in any other channel of investment.

The same could be said for today’s economic times, when investors, both retail and institutional, seek gold as a safe-haven asset in times of economic uncertainty.

At the time Ian Mathias wrote this piece, the rate of commercial mortgage delinquencies ballooned more than 25% in the first quarter of 2010.

Our stock market vigilante, Dan Amoss, had said, “We face an epidemic of negative equity in commercial real estate. Most commercial properties purchased with high leverage during the bubble – if they haven’t been foreclosed on – now carry debt-to-asset ratios of well over 100%.”

Mathias concluded his piece with some insight from Bill Gross:

In this Bill Bonner piece, our dear founder wrote about Florida having entered its fourth year of a property slump, where water-front mansions were selling for about half of what they brought in three years ago, and very few homes were for sale.

Bill wrote that even in the best of circumstances, a major property bust can take decades to fix. Less than a half-decade later, the South Florida Business Journal reported that, in November 2013, 3,168 single-family homes were sold in the tri-county area of South Florida, down 4.4% from the year prior.

The problem is spreading beyond homes as well, with 3,359 townhouses and condo sales in South Florida down 9.1% from the year before.

With communities still reeling from real estate bubbles, and rising sea levels, looks like Bill called this one early.

Rocky Vega reported on Cameco Corporation, with a little help from Chris Mayer, editor of the Capital & Crisis newsletter. Cameco Corp. is a Canada-based exploration, development, mining and refining company focused on uranium, and, at the time of writing, the world’s largest publicly-traded uranium producer.

Chris presented a bullish case for uranium, and pointed out that it’s trading for only nine times the following year’s cash flow. It also have a strong balance sheet, no net debt, and over $1 billion in cash.

Today we can see that Chris was on the mark, up to a certain point. Cameco skyrocketed in the year following the publication of this article, but since about early 2011, the corporation has continuously slumped downward. 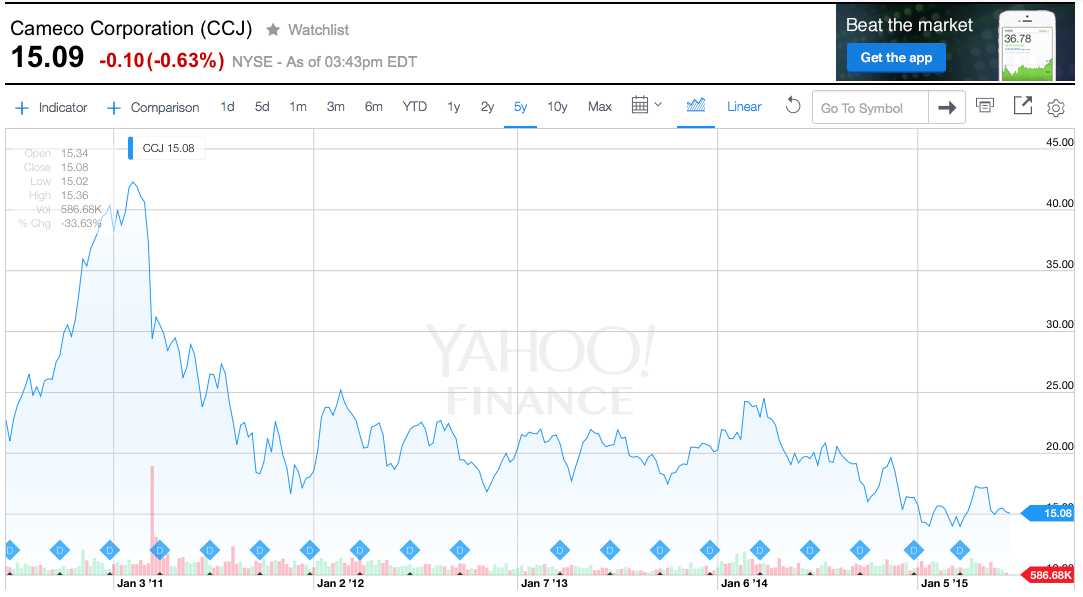 On this day in 2010, Chuck Butler mused over Alan Greenspan’s article written for The Wall Street Journal on U.S. debt.

Alan discussed the U.S. deficit and financing, an urgency to rein in budget deficits, as well as market signals that didn’t bode well for the future, writing that, “How much borrowing leeway at current interest rates remains for US Treasury financing is highly uncertain.”

The US government can create dollars at will to meet any obligation, and it will doubtless continue to do so. US Treasuries are thus free of credit risk. But they are not free of interest rate risk. If Treasury net debt issuance were to double overnight, for example, newly issued Treasury securities would continue free of credit risk, but the Treasury would have to pay much higher interest rates to market its newly issued securities.

Join us again tomorrow for another editorial glimpse back in time.