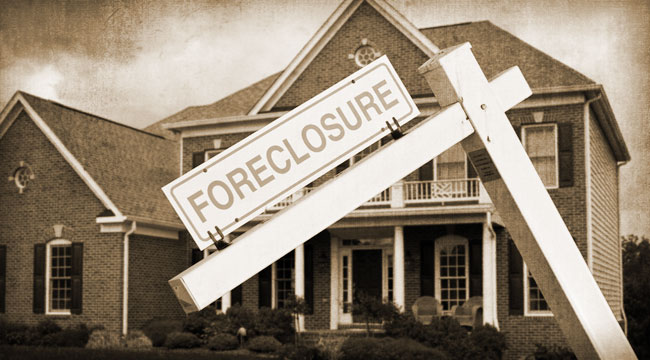 “The Basic Math Behind Subprime Foreclosures”

In this article, our editor explored who was to blame for the for the foreclosures that led to financial crisis. Certainly the homeowners falling behind on their mortgage payments were responsible, and much of the blame was placed on predatory lenders. But, the Atlanta Federal Reserve released a paper that showed the numerical skill of homeowners had a meaningful impact on the rate at which they fell behind on mortgage payments.

According to a study conducted by The Economist, those people who fell behind on their mortgages had a noticeably lesser understanding of arithmetic and numbers than those who kept up with their payments in the same overall circumstances. A fifth of the least number-savvy group had been in foreclosure, but only 7% of those who were more mathematically advanced had.

Thanks to the Atlanta Fed, we knew that homeowners with stronger math skills are typically better at managing household finances, which was hardly surprising. Our editor ends by wondering if loan officers should start including a math test in their assessments.

“China Boom or Bust… Does it Even Matter?”

Poised to board a plane to Beijing with Bill Bonner, Joel Bowman, and Chris Mayer, in this article Addison Wiggin he pondered whether it even matters if the Chinese economy is in the throes of an epic bubble and on the verge of collapse.

Because China is the world’s second largest economy, it is the most important buyer to watch when it come to everything from oil to iron ore. If China were to tank, so would the prices of a lot of commodities.

Inflation was alive and well in China, with consumer prices having risen 2.8% year over year in April, which, at writing, was their fastest pace in 18 months. Producer prices had risen 6.8%, along with housing prices at 12.8%, their highest since records began in 2005

A demand for higher down payments and a ban on lending for the purchase of third homes had put a lid on homes sales month over month, even though it ultimately did nothing to put a lid on prices.

“The 2004 Fed Transcripts: A Methodical, Diabolical Destruction of America’s ‘Wealth’”

“Uncle Sam IS the Mortgage Market”

This short and sweet article from Addison Wiggin highlighted a Zillow report that stated 23% of homeowners with mortgages were underwater during the first quarter, and nearly a third of homes sold in March sold for less than the sellers paid.

In the first quarter, 96.5% of all new mortgages written were backed by Fannie Mae, Freddie Mac, or the Federal Housing Administration. This, Addison pointed out, was a trend that had been in place since the top of the housing bubble in 2006, and it had finally reached its logical conclusion. Our editor concluded that the mortgage market in the US has been effectively nationalized.

In this Bill Bonner article, he discussed how European financial authorities, who previously had been seen as weak and reluctant, boldly charged ahead to rescue the world. With debt in the public sector, the $1 trillion bailout program calls for transferring this debt onto the taxpayers of larger, more solvent states.

Bill ultimately felt that this great European bailout won’t make the debt problem go away. Debts simply cannot be revived or repaid. One of the main problems with Europe was that some of the peripheral states could not keep up with the interest on the money they borrowed. Even at 5% interest, it would take GDP growth of 7.5% per year just to keep up with the interest payments.

According to Bill, to satisfy bad debt, the lenders (bondholders) should write it off as soon as possible. Instead, small debts become big, and present problems are pushed to the future. Ultimately, Bill lamented, the people who deserve to lose money are protected, while the public takes the loss.

“US Could Benefit From Fewer Financial Engineers, More Real Engineers”

Manufacturing and transportation executives met at a Reuters Summit in Chicago to discuss ongoing problems in the sector and the economy, reported our editor.

Manufacturers argued that they must operate within a tight regulatory framework, for safety and other reasons, while the financial services industry seems to have free reign to unleash whatever economy-threatening instruments that bankers can dream up. Many executives at the summit said days of market turmoil had made them feel even happier to work in an industry that relies on hard assets and well-trained workers.

Manufacturers also voiced a need for greater regulation in financial services, more on par with what they have to contend with. Our editor, however, underscored the reality that trying to regulate innovation was a much more complicated undertaking, and that is was a sector where government regulators have the potential to do more harm than good.

In this piece, our editor mused over giving to a cause or person, and how doing so can give one a sincere sense of accomplishment, as long as you can be certain that said cause or person is worthwhile. When someone volunteers or contributes their time, it is totally on a volunteer basis. Whether it’s panhandlers on the street or your local church, the choice is completely yours.

But when people are forced to give to a cause they despise, it’s another story altogether. Our editor reported that that is what is happening to the tune of hundreds of billions of dollars every week. $50 billion had been sent to bail out Greece, whether people liked it or not. Why should people be forced to contribute to Greece’s bailout, when it’s their problem, not ours? This spending is essentially forced charity, and it has bankrupted America, Spain, Portugal, and Greece, with Japan, the UK, America, and Mexico poised to fall in line.

Ultimately our editor believed that if a business,, nation, or person can’t make it on their own, or can’t find a suitable private charity to help, they should simply go broke. If that were to happen, our taxes would be a fraction of what they were at writing. Bottom line? Forced giving, in the form of taxation and currency degradation, throughout the world, should not exist, simple as that.

In this article, our editor reported on the Euro, which had lost more ground overnight and had fallen to a 14-month low, trading below 1.25 for the first time since March 2009. He believed that the euro aid package was not helping the euro, but instead other risk assets, and that thie may just be the beginning of the end for the euro as the offset currency to the dollar.

Spending cuts were also being announced all around the world, and New Zealand’s retail sales figure disappointed, but was still positive. Also, gold rebounded at $13 the morning of writing, back to $1,246, after being down about $20 from the previous day’s new all-time high.

P.S. Reflecting back on the goings-on of finance and politics gives you a better sense of just how clumsy our government was and continues to be. Follow along with us and sign up here to get The Daily Reckoning sent to your inbox each day. We aim to set the record straight in the world of finance and economics so you can build your wealth safely and have a laugh at the mainstream’s expense. Click here to start receiving the most entertaining, informative and best of all, free, daily 15 minute read.