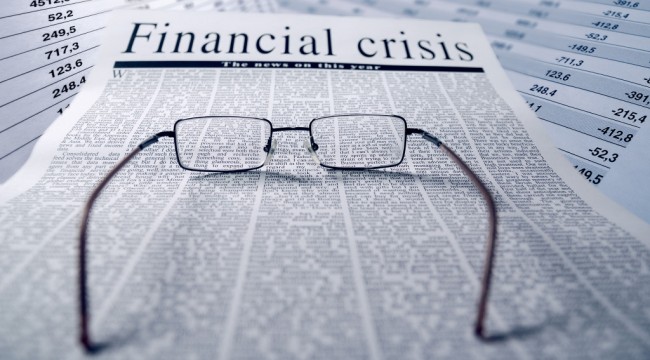 This week looks like kicking off where last week started. That is, with China and Greece front and centre. Greece and Europe look increasingly like they will implode. More on that in a moment.

Firstly, I want to tell you about something else going on in the world that no one is really looking at right now.

On Friday, the Shanghai Cooperation Council (SCC) welcomed India and Pakistan through its doors. They join founding members China and Russia as well as a host of central Asian countries. The admissions took place in the Russian city of Ufa, at a summit hosted by Vladimir Putin.

As the Financial Times reports, the council is a ‘forum for security talks and economic integration spanning a vast geographic area in which neither the US nor the EU has substantial influence, but which includes several countries of global strategic significance.’

In a time of waning US dominance on the global stage, evidenced by a disintegrating Middle East, the emergence of the SCC is a significant development.

When you’re subject to the western media’s relentless 48 hour news cycle, it’s sometimes hard to take a step back and look at the bigger picture forces unfolding in the global economy. But give it a moment’s thought and you can see how the vast bloc of ‘emerging’ economies are slowly beginning to galvanise and demand a different economic path to that proscribed by the West.

That path is one dominated by a stranglehold over global monetary policy and the global institutions that make up and support the ‘system’. In effect, this system acts as a tax on the rest of the world, with the receipts flowing to the US via the process of seigniorage (which allows the US to pay for goods and services with near costless printed money).

This is what has allowed the US to run massive trade and current account deficits for decades. When you manage the global reserve currency, the world extends you many meters of rope with which to eventually hang yourself.

It’s this global system that countries like China and Russia are tiring off. They know they are not strong enough to bring about rapid change. So they are joining forces in their own economic bloc with the hope of destabilising the foundations of the current world economic order.

Jim Rickards, editor of Strategic Intelligence, thinks the solution to the problem is the ‘SDR’. This is a supranational currency called a ‘special drawing right’. Created in 1969, the International Monetary Fund (IMF) administers it.

In the next six months, the IMF are set to change its composition, likely admitting China’s yuan into the basket of currencies that currently include the US dollar, the euro, the yen and the pound.

Rickards soon thinks these SDRs will have more prominence in the international financial system, eventually replacing the US dollar and the world’s reserve ‘currency’. Here’s a sneak peek from Rickards’ forthcoming issue:

‘Individuals won’t have SDRs. Only countries will have them in their reserves. These countries have no desire to break the new SDR system, because they’re all in it together. The US is no longer the boss. Instead, you have the “Five Families” consisting of China, Japan, the US, Europe and Russia operating through the IMF.

‘The only losers are the citizens of the IMF member countries — people like you and I — who will suffer local currency inflation. I’m preparing with gold and hard assets, but most people will be caught unaware, like the Greeks who lined up at empty ATMs last month.’

A great example of the demise of western institutions is what’s going on in Europe right now. The currency union is turning out to be a disaster. Europe is tearing itself apart in the same way that it did 100 years ago. Socially and financially, the implications could be profound.

Germany is again the protagonist. Instead of offering Greece debt relief in exchange for reforms, it’s playing hardball. And it’s hard to tell what game Greece is playing at all.

Following last week’s referendum and ‘no’ to austerity vote, the Greek parliament voted for more austerity on Friday evening. It turns out the call for a referendum and imposition of capital controls was a failed gambit on Greece’s behalf.

Having followed the story on Twitter over the weekend, I learnt that Greece hasn’t even made preparations to exit the Eurozone and return to the drachma. They have, and had, no Plan B.

Greece’s ex-finance minister Yanis Varoufakis wrote a scathing op-ed piece in the UK’s Guardian over the weekend. He hinted at the enormity of preparing the country for a new currency in a short amount of time:

‘To exit, we would have to create a new currency from scratch. In occupied Iraq, the introduction of new paper money took almost a year, 20 or so Boeing 747s, the mobilisation of the US military’s might, three printing firms and hundreds of trucks. In the absence of such support, Grexit would be the equivalent of announcing a large devaluation more than 18 months in advance: a recipe for liquidating all Greek capital stock and transferring it abroad by any means available.’

On top of this Prime Minister Alexis Tsipras says he doesn’t have a mandate to exit the Eurozone. Greece’s bargaining power resided in the threat of a credible exit. Now that it’s apparent the threat is no longer credible, Greece is at the mercy of its creditors.

France and others want some sort of compromise. Germany is all stick and no carrot. They want Greece to agree to tough reforms before agreeing to another bailout. This is despite the fact that tough reforms have done nothing to get Greece back on the path to sustainable growth.

Without some debt forgiveness, it simply won’t happen. But according to Varoufakis, debt restructuring has never been on the agenda:

‘In my first week as minister for finance I was visited by Jeroen Dijsselbloem, president of the Eurogroup (the eurozone finance ministers), who put a stark choice to me: accept the bailout’s “logic” and drop any demands for debt restructuring or your loan agreement will “crash” – the unsaid repercussion being that Greece’s banks would be boarded up.’

Germany seems intent on breaking the Eurozone apart, or at least breaking Greece as a message to others not to follow the same path. This is simply coercion and economic dominance without military support.

The euro elite has lost the plot. What they’re doing should be condemned the world over. Instead, it’s Greece copping the brunt of it. Perhaps it simply comes down to political ideology as Phil Anderson, editor of Australia’s Cycles, Trends and Forecasts, pointed out in an update to his subscribers last week.

‘The Greek events presently are a play between right wing and left wing ideology. I can assure you, if the current Greek government had been far more right-wing, or a monarchy, the troubles would have been sorted and done by now.

‘History is unequivocal on this.

‘Since 1917, any left-wing government that has taken power democratically (or not), especially devoutly communist, attracts immediate attention from the US and (now) NATO nations.’

Perhaps the end game is regime change? That’s the only way to maintain the elite’s stranglehold on power. No wonder the West is losing the plot in the eyes of the world.

Sit up and take notice, dear reader, we are entering into a very volatile historical period.