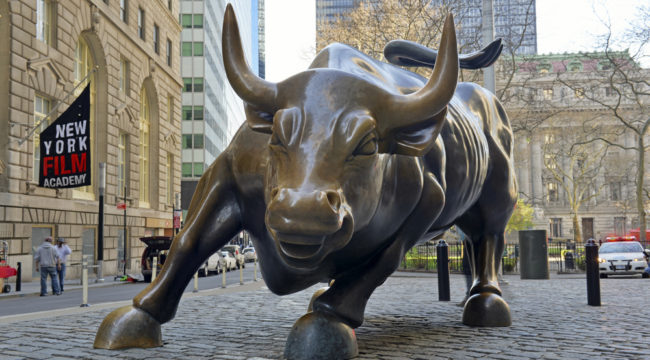 This Record High is Terrible News for Stock Bulls

BALTIMORE – Not much action in the stock market last week.

Fed chief Janet Yellen has made it clear she won’t do anything to disturb investors’ sleep.

But that doesn’t mean they won’t have nightmares.

Our research department – headed by Nick Rokke and Chad Champion – reports that you get less for your money in America’s capital markets today than at any time in history.

This is not good news. It tells us there is far more downside risk than potential upside.

From the high-water mark of 3.9% annual GDP growth in the second quarter of 2015, the latest figures (for the first quarter of this year) show the economy expanding at an annual rate of just 0.8%. [See today’s Market Insight below for more.]

And last week, we learned job creation tumbled in May… with just 38,000 new jobs added versus the 162,000 new jobs Wall Street was expecting.

It was the worst report in six years. And it took the labor participation rate – the percentage of the working-age population either working or looking for work – back to a level not seen since 1976.

These things do not justify high stock prices. Instead, they buzz in your ear like mosquitoes at an evening picnic. The Zika virus cannot be far off.

Most likely, the economy has already begun to get the shakes. If not, the recession will probably begin sometime in the next 12 months.

Measured by EV/EBITDA, the Russell 2000 Index – which tracks stocks of small U.S. companies – is the most expensive ever.

EV stands for enterprise value. This tracks the value of all shares plus all debt. EBITDA stands for earnings before interest, taxes, depreciation and amortization. It’s considered the purest measure of company’s earnings.

EV/EBITDA is a common multiple when discussing takeover targets. If this measure is low, the company becomes a takeover target. This creates a floor and keeps prices from falling. When it reaches all-time highs, the floor is far below current prices.

The EV/EBITDA ratio for the Russell 2000 is about 19. This is only slightly below its all-time high of 21 set at the start of the year.

Typically, the index trades on a ratio of about 12. That suggests a fall of 38% for U.S. small caps… a plunge equal to the fifth worst bear market in the past 90 years.

Of course, we’ve been wrong before. And whatever youthful bravery might have accompanied our earlier guesswork, it left us when arthritis moved in.

Now, we make no predictions and offer no forecasts. We simply note that based on where valuations are, now is unlikely to be a good time to increase your exposure to U.S. stocks.

Remember, our investment strategy is based on ignorance, not knowledge. We have no knowledge of the future. All we have is some dim awareness of the past.

What we see in the past are patterns. And since those patterns can be seen in many different markets over many years, we presume them to be fairly reliable.

So, although we can’t predict that the stock market will go down… or when… or to where… we can still note that it always has in the past, though not according to any reliable schedule.

Maybe this time is different. Most likely, it’s not.

That’s right. While this could be the big one!

Coming up this week…

It was 50 years ago last week that we graduated from high school. What has happened since?

We review the play Arguing with God.

And we continue to wonder who the real cowards are…