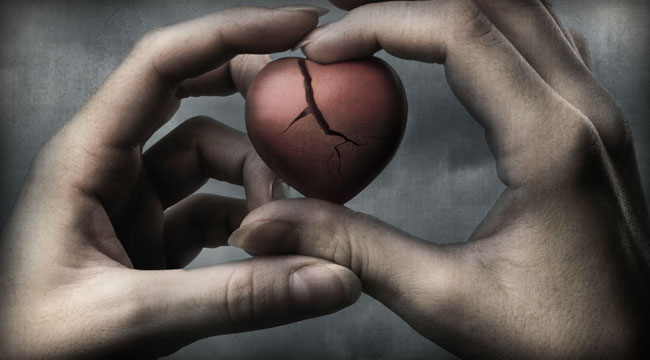 Real Heroes: The “Justes” and the Good

“If everyone swept his own doorsteps, what a clean world it would be.”

There are so many obvious defects with the human character that even a hairdresser would be bored if we began reciting them.

But here we focus only on the two of them we find amusing today: He can’t seem to help himself from wanting to use his brain to improve the world, but when he puts himself to work on it, his brain ceases to function.

The defect begins to appear, acutely, when the typical Homo sapien reaches his teenage years. That is when his brain is sharp and active, but before it has been put in its place by experience. It still thinks it can solve any problem as though it were long division.

In a memoir from his youth, for example, a childhood friend of Adolf Hitler reported that the future Fuhrer would walk through the neighborhood and point out how he would improve things — change the color of one house…knock the columns off another…raise the roof on a third. But, rather than buy a house and try to realize his architectural ambitions, the young Hitler tried to change the face of the entire world.

And here, we bring in another defect — not of leaders, but of the common man. He is ready to go along with anything. In a few years, Germans were goose-stepping all over Europe, creating havoc and chaos…trying to impose Hitler’s clumsy new order.

“I remember it,” said a man we met yesterday. “I was there. And I wouldn’t be here today if it had not been for one of those people we call the ‘Justes.’”

Yes, dear reader, once again we write not about the many sordid bumblers in our midst, but about the few genuine heroes. Many of them were honored here in Paris yesterday, at a special ceremony of at the Pantheon.

He can’t seem to help himself from wanting to use his brain to improve the world, but when he puts himself to work on it, his brain ceases to function.

When the Nazis revealed their plans for world improvement, the Jews discovered that there was no place for them in it. Many fled to France. Then, when the panzers rolled into Paris, they found that they had not gone far enough. The master race, with the active connivance of the French government, was soon rounding up the Jews and sending them back to Germany, either to work in labor camps…or to be exterminated.

Only a few people — the Justes — took it upon themselves to interfere.

“I was only three years old at the time,” explained our friend at lunch. “But my mother and father knew that they might be taken any day. We had friends who had a bar/hotel outside of Paris. They offered to take me. It was really very courageous of them, because they probably would have been sent to labor camps themselves — or even killed — if I was discovered. And the worst of it was that you had to hide…not just from the Germans, but also from your neighbors, because you never knew for sure who might denounce you to the Gestapo.

“So these people took me in and told everyone that I was their grandson…that I had been fathered by their son, who was a bit of a rake, and the mother had run off. If anyone asked me who my parents were, I was supposed to say I didn’t know.

“For a while, the Germans were camped in the yard of the hotel, with the officers in the rooms. They were actually very friendly. One of them gave me a bar of chocolate. But I was afraid to eat it because my mother had told me that the Germans might poison me. So I gave it to the dog and watched to see what happened. And the dog was fine…so I wished I had kept it for myself.

“Those were such funny times. But today, I’m going to the Pantheon. I’m a witness…a living witness…to how some people really do brave and courageous things, even when they have no real reason to. And you know, this is one thing from World War II…and maybe the only thing…we French can be really proud of.”

In the United States, it costs about $1,650 to perform a cataract operation. You wouldn’t expect many such operations in a country such as India, where per capita income is probably less than $1000. But in India today, there are five hospitals that perform more than 180,000 eye operations each year. Each operation costs only about $110. Most of the patients pay nothing.

This is thanks to Dr. Govindappa Venkataswamy, who set up his first 12-bed Aravind eye hospital in his brother’s home in Madurai, in 1976. At the time, he was already 57 years old.

Dr. V set out to be an obstetrician. But he was crippled by rheumatoid arthritis at an early age. He spent two years recovering. Because he could no longer deliver babies, he turned to the study of ophthalmology, and designed special tools that suited his hands. He found that he could do eye operations simpler, faster and much cheaper than they had been done before.

The inspiration, he says, comes from McDonald’s. He first discovered the golden arches at the age of 55 and it changed his life.

“In the third world, a blind person is referred to as ‘a mouth without hands,’” says Dr. V. “He is detrimental to his family and to the whole village. But all he needs is a 10-minute operation. One week the bandages go on, the next week they go off. High bang for the buck. But people don’t realize that the surgery is available, or that they can afford it, because it’s free. We have to sell them first on the need.”

Since he began, his eye hospitals have restored the sight of more than one million people in India. Even with such tiny revenues per patient, Aravind makes a profit, with a gross margin of 40%. One operation is completed; another is begun right away. It is apparently a very efficient and productive enterprise.

Aravind now does more eye surgeries than any other provider in the world, though it accepts no government grants. The hospitals are totally self-supporting. Nor does Dr. V. try to hustle a profit from the enterprise for himself. He lives on a pension, taking no money out of Aravind.

Dr. V. is helping the poor in a big way. But he also helps them in a way very different from the typical world improver. He sees them as individuals.

“Consultants talk of ‘the poor,’” he says. “No one at Aravind does. ‘The poor’ is a vulgar term. Would you call Christ a poor man? To think of certain people as ‘the poor’ puts you in a superior position, blinds you to the ways in which you are poor — and in the West there are many such ways: emotionally and spiritually, for example. You have comforts in America, but you are afraid of each other.”

Dr. V set out only to do eye operations…quickly and cheaply. The world improvement came — as it always does — as a by-product of private action. In Tamil Nadu state, where his main hospital is located, the incidence of blindness is 20% below the rest of India.

P.S. This essay was first featured in today’s Daily Reckoning email edition – along with a full analysis on doing good by investing in the right company. It’s just one of the many free perks of being a subscriber to The DR. Sign up for FREE right here, and get a host of great benefits, including regular opportunities at real, actionable investment tips.