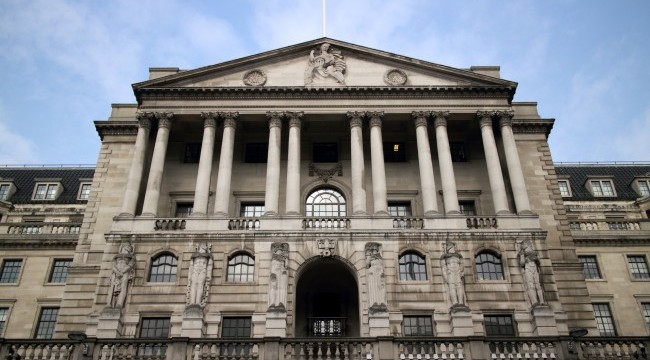 Rate Hike Chatter from Across the Pond

LONDON — What should we make of Mark Carney’s comments this week?

On Tuesday the Bank of England governor told the Treasury Select Committee that households should start preparing in expectation of an upward move in interest rates.

Then yesterday, in a speech about the Magna Carta, Carney went into more detail about the possible pace and extent of rate rises.

Like the Federal Reserve’s Janet Yellen earlier in the week, Carney was careful to lace his comments with references to what the economic data may yet do.

The Monetary Policy Committee, he said, “will have to feel its way as it goes, monitoring a wide range of indicators”.

In essence, the approach will be to raise rates a little bit, then wait and see what happens before deciding whether and when to raise again.

Despite these notes of caution, the main message got through.

This is clear ‘forward guidance’ for anyone who didn’t quite get it the first time. The Bank is making it crystal clear that it will start to tighten interest rates by the end of the year implying a series of gradual increases to around 2.25%.

The US Fed is painting a similar picture, but with nowhere near as much clarity as the Old Lady [Ed note: the Bank of England, not the Juventus football team] and that clarity is really underpinning the pound which is continuing to outperform all its G10 peers again as the week draws to a close.

The currency markets really like certainty and determination when it comes to establishing trends and Carney went out of his way to provide that again yesterday.

A rate hike is firmly on the table, says Carney. And the economy had better prepare itself.

But will the economy be ready?

On this topic, Carney made an interesting point.

“Over a half of UK mortgagors would pay higher rates in a year’s time,” he said, “and close to three-quarters of mortgagors in two years’ time, were interest rates to evolve according to current market rate expectations.”

By contrast, less than 10% of mortgages in the US would be directly affected by a rate hike there over a two-year period.

Other things equal, this gives the Fed scope to be more aggressive if it does finally begin a new rate hike cycle.

Another factor that may stay the MPC’s hand is Britain’s current account deficit. This is the gap between what the nation earns from abroad (mainly via exports and overseas investment incomes) and the money that flows the other way.

In plain English, that means a tighter rein on the public purse (George Osborne’s territory), lower interest rates than would otherwise be the case and heavier supervision of banks.

As well as differentiating Britain from the US, Carney also noted that the Eurozone, our main trading partner, is in a different place again when it comes to appropriate monetary policy.

The speech got me thinking. The US may end up raising rates at a faster pace than we do. The Eurozone remains on the cusp of a new crisis flare-up, but its central bank stands ready to act if core economies are threatened.

When I saw him a couple of weeks back, Jim Rickards said to me that, for now at least, Britain looks to be in the sweet spot.

Our currency has strengthened, which means there is room to try and get it lower if the Bank of England thinks that’s a good way of generating inflation.

Unemployment has been falling. We finally have some wage growth, which is a big reason why Carney and his colleagues have turned up the talk of rate hikes.

Before you think I’ve done a total volte-face­ from previous DRs, the systemic threats remain. Policymakers are still focused more on the exit from the last crisis than on getting ready for the next one.

But crises come whether you’re prepared or not.

That said, you should box clever. Two years from now Britain’s companies could find themselves facing lower borrowing costs than their US counterparts, with a lower corporate tax rate to boot.