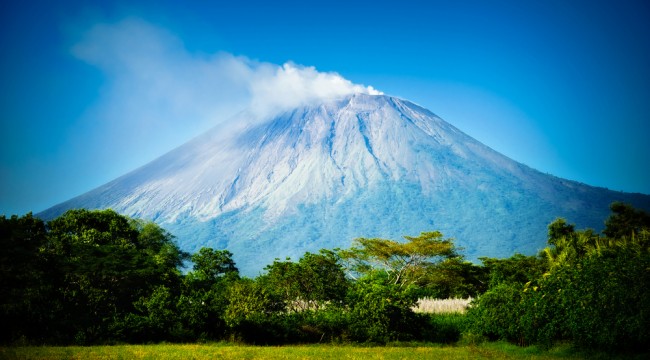 A Retirement Haven Where You'd Least Expect It

On a map of Nicaragua, first you find Managua, then Masaya, then Granada…going south, then you go to Rivas. Rivas is the state capital, in the state known also as Rivas. Rancho Santana, Agora’s stake in the region, is the largest and, until recently, the only development in Rivas. There’s a new one just next door that has been sponsored by Nicaragua’s largest rum family.

The lake to the east is cool, too. It’s the largest lake in Central America and the 19th largest in the world…and the only lake that sports freshwater sharks. Various Agora people own property along the shoreline of the lake south of Granada. Granada was among the first settlements built by the Conquistadors when they came to the new world. It was built in 1524 and has been inhabited continuously since.

We’ve been excited about Nicaragua since our trip down there over New Year’s. Marc Brown, a surfer who’s been living on the beach there for six years with his wife and two small children, clued me into another reason the area is a phenomenal destination: the wind.

If you’re a surfer, you want “offshore winds” – winds that blow outward from the land to the sea. Offshore winds hold the waves up longer and make the water smooth, so you can get a better ride. If you’re in California, you get offshore winds in the morning from 5:30 AM or so until 10 AM or 11 AM. Then the wind shifts and the normal Westerlies take over…batting the waves down and making them choppy. You have to stop surfing before noon.

The Pacific coastline in Nicaragua, however, benefits from the “trade winds” that blow east to west across the Caribbean. The same winds that blew the Spanish Conquistadors there 500 years ago. When the winds hit Nicaragua, they actually pick up speed…because of the giant lake that spreads across the interior of the land. Surfers get “offshore winds” all day long. They can party all night…and surf all day. And they do.

Granted, you might not give a hoot about surfing. But here’s why it makes Rancho Santana a unique place. Much of the humidity common to the region gets blown offshore with the wind, making the weather very attractive year round. The homes are at peak occupancy most of the year, rented by surfers. And…ironically, it’s one of the world’s top hot spots for wind-generated energy. Within a few years, and by the grace of the people of Nicaragua, the property should be self-sufficient and “off the grid.” And still…there are very few investors who are even aware of the place.

Fact is, the wind benefits – as unique and phenomenal as they are – are icing on the cake. You really have to be there to “get it”. The outdoor lifestyle, fresh fish and fruits, stunning views…

Another interesting tidbit about Nicaragua: The Spanish settled only the Pacific coast. The Caribbean side, even to this day, is inhabited by a tribal people known as the Miskitos, who are a mix of native American Indians, escaped slaves and British sailors who escaped their conscription on royal ships. The whole area east and northeast of the big lake are autonomous regions with hardly any towns, cities or government. Weird, eh?

So, “Is it safe?” That’s the first question anyone you talk to about Nicaragua asks. Old news stories containing names like Sandinistas, Contras and Ollie North come to mind for most. “Wasn’t there some scandal with guns and the Iranians?” one asks, visions of civil war and death squads dancing around in their heads.

“Si, si, si,” our driver Damien, a native of Granada, informed us, “but that was my father’s generation.” The current generation of 20- and 30-something Nicaraguans are much like those in Baltimore, Dubai or Bombay. They’re up on communications technology…and want to use it to make their lives better. Damien was born in Managua, educated in Guatemala and now runs the concierge service for Rancho Santana. But his family owns an Internet cafe and he’s saving money to start his own networking business. The true benefit of the “information age” is that a guy like your editor can set up shop in a low-cost, low-tax joint with world-class surfing waves (like Rancho Santana) and still keep his life together. Heh.

“So what about the Sandinistas?” They did overthrow the US-backed dictator Anastasio Somoza in 1979. But at the time, the Somoza family owned everything in the country…the media, education system, means of production for the country’s export crops of plantains, coffee, almonds, rum…leaving anyone without “connections” living hand to mouth off the land. Today, you see a myriad of little businesses and small distribution outfits for all manner of goods and services. After the revolution, the Sandinistas restored the republic and they’ve been holding elections ever since. Now, according to Interpol (the international police), Nicaragua is “the least violent country in Central America and one of the safest in the entire hemisphere”…including the United Sates.

“After 17 years as a free market country,” a list of the greatest travel destinations for 2010 published by Scotsman.com echoes, “Nicaragua’s economy is growing and according to the Inter-American Institute of Human Rights, it’s the safest country in Central America, with a reported crime rate lower than that of Germany, France and the US.”

In 2007, Daniel Ortega, the strongman behind the Sandinista movement, won the presidency again…but this time around, he’s invested in hotels along the coastline and arranged the state to help promote retirement living for aging boomers in the US. The director of sales here at the ranch spent 10 days in Las Vegas this past October, half of it by request of the Nicaraguan government, which had sponsored a booth at the annual AARP convention.

In a very real sense, the opportunity to invest down there is a reflection of the investment strategy we use when looking for beaten-down stocks. The hangover from bad press in the ’70s and ’80s (mostly because the US government lost its insurgent conflict there) has depressed prices for world-class real estate along the coast.

Ed. Note: Readers of today’s email edition of The Daily Reckoning received an even more in-depth look at life in Nicaragua – and Rancho Santana in particular. In fact, they were also clued into a future opportunity to visit Rancho Santana for themselves – so they can get a first-hand look at all this country has to offer… as a vacation spot, a retirement destination and a unique investment opportunity. Don’t miss out on any great chances like this. Sign up for the FREE Daily Reckoning email edition, right here.