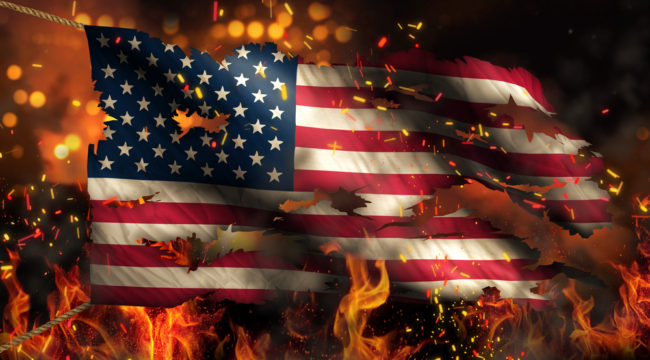 The Quiet Death of the American Dream

Some countries with per capita GDP 2.25 times less than the U.S.: Greece… Kazakhstan… Latvia… Chile.

Where have you gone, Joe DiMaggio?

Heaping Pelion upon Ossa (Greece again), the McKinsey Global Institute turned up this bitter morsel: Cited in the Times article, it says, “81% of Americans are trapped in an income bracket with flat or declining income over the last decade.”

Yet the money supply has roughly tripled since 2001. Explanation, Janet Yellen? How about you, Ben Bernanke?

We’re not sure either could tell A from B at the price of their souls. And even the Fed’s most dedicated apologists are beginning to cough sadly behind their hands.

So if the Fed can’t breathe life into the corpse, what can?

“The key is growth. The problem is we can’t do it by printing money,” explains Jim Rickards. “The current economic slump is not cyclical; it’s structural. This is a new depression that will last indefinitely until structural changes are made to the economy.”

Jim says Japan’s been in a depression for 25 years because they haven’t made the required structural changes to their economy. And he says, “The U.S. is now like Japan.”

Jim also says structural changes require action from the White House and Congress. But since they’re “not talking to each other,” he has little faith they’ll happen. And imagine if Trump gets elected! Or Hillary!! Congress might as well go fishing for four years (come to think of it…).

Absent necessary structural changes, the future may be a marathon run of low growth, stagnating incomes… and the Japanification of America.

Here we have a picture not of sudden collapse but of gray sludge and twilight. Of a long, drizzly November. Of a cold that never ends.

“It’s never paid to bet against America,” said Warren Buffett. It’s not always a smooth ride, adds the Sage of Omaha… but “we come through things.”

Will it come through this?