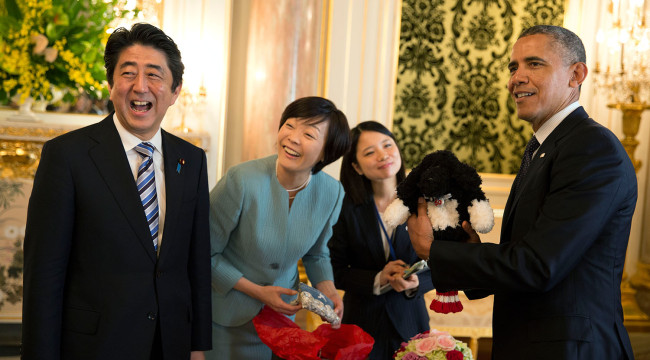 Most economists and investors readily acknowledge that the current period of central bank activism, characterized by extended bouts of quantitative easing and zero percent interest rates, is a newly-blazed trail in economic history. And while these policies strike some as counterintuitive, open-ended, and unimaginably expensive, most express comfort that our extremely educated, data-dependent, central bankers have a pretty good idea as to where the trail is going and how to keep the wagons together during the journey.

But as it turns out, there really isn’t much need for guesswork. As the United States enters its eighth year of zero percent interest rates, we should all be looking at a conveniently available tour guide along the path of perpetual easing. Japan has been doing what we are doing now for at least 15 years longer. Unfortunately, no one seems to care, or be surprised, that they are just as incapable as we have been in finding a workable exit. When Virgil guided Dante through Hell, he at least knew how to get out. Japan doesn’t have a clue.

Despite its much longer experience with monetary stimulus, Japan’s economy remains listless and has continuously flirted with recession. In spite of this failure, Japanese leaders, especially Prime Minister Shinzo Abe (and his ally at the Bank of Japan (BoJ), Haruhiko Kuroda), have recently doubled down on all prior bets. This has meant that the Japanese stimulus is now taking on some ominous dimensions that have yet to be seen here in the U.S. In particular, the Bank of Japan is considering using its Quantitative Easing budget to buy large quantities of shares of publicly traded Japanese corporations.

So for those who remain in doubt, Japan is telling us where this giant monetary experiment leads to: Debt, stagnation and nationalization of industry. This is not a destination that any of us, with the possible exception of Bernie Sanders, should be happy about.

The gospel that unites central bankers around the world is that the cure for economic contraction is the creation of demand. Traditionally, they believed that this could be accomplished by simply lowering interest rates, which would then spur borrowing, spending and investment. But when that proved insufficient to pull Japan out of its recession in the early 1990s, the concept of Quantitative Easing (QE) was born. By actively entering the bond market through purchases of longer-dated securities, QE was able to lower interest rates across the entire duration spectrum, an outcome that conventional monetary policy could not do.

But since that time, the QE in Japan has been virtually permanent. Unfortunately, Japan’s economy has been unable to recover anything resembling its former economic health. The experiment has been going on so long that the BoJ already owns more than 30% of outstanding government debt securities. It has also increased its monthly QE expenditures to the point where it now exceeds the Japanese government’s new issuance of debt. (Like most artificial stimulants, QE programs need to get continually larger in order to produce any desirable effects). This has left the BoJ in dire need of something else to buy. Inevitably, it cast its eyes on the Japanese stock market.

In 2010 the BoJ began buying positions in Japanese equity Exchange Traded Funds (ETFs). These securities, which track the underlying performance of the broader Japanese stock market, are one step removed from ownership of companies themselves. After five years of the policy, the BoJ now owns more than half the entire nation’s ETF market. But that hasn’t stopped it from expanding the program. In 2014, it tripled its ETF purchases to $3 trillion yen per year ($25 billion), and  the program may be tripled again in the near term. In just another example of how QE is a boon to the financial services industry, Japanese investment firms are currently issuing new ETFs just to give the BoJ something to buy.

However, these purchases have not proven to be particularly effective in doing much of anything, except possibly pushing up ETF share prices. But even that has been a mixed blessing. ETFs are supposed to be the cart that is pulled along by stocks (which function as horses). But trying to move the market by buying ETFs creates a whole other level of potential price distortions. It also tends to limit the impact to those holders of financial assets, rather than the broader economy. For this reason the BoJ is now contemplating the more direct action of buying shares in individual Japanese companies.

Such purchases would allow the Japanese government to accumulate sizable voting interests in some of Japan’s biggest companies. Equity ownership would then allow, according to an economist quoted in Bloomberg, the Abe administration to demand that Japanese corporations adhere to the government’s priorities for wage increases and heightened corporate spending. The same economist suggested, this “micro” stimulus provided by government controlled corporations may be more effective in spurring the economy than “macro” purchases of government bonds.

These possibilities should horrify anyone who still retains any faith in free markets. The more than four trillion dollars of government bonds purchased through the Federal Reserve’s QE program since 2008 now sit on account at the Fed. Although these purchases may have distorted the bond market, created false signals to the economy, and may loom as a danger for the future (when the bonds need to be sold), they are primarily a means of debt monetization, whereby the government sells debt to itself. But purchases of equities would involve a stealth nationalization of industry, and would represent a hard turn towards communism.

Many American observers will take comfort in their belief that the United States has already concluded its QE experiment and that we are heading in the opposite direction, toward an era of monetary tightening. This greatly misjudges the current situation.

The U.S. economy is slowing remarkably, and despite the continuous assertions by the Fed that rate hikes are likely in the very near future, I believe we are stuck just as firmly in the stimulus trap as Japan. The main difference between the U.S. and Japan is that Japan began this “experiment” from a much stronger economic position. Japan was a creditor nation, with ample domestic savings and large trade surpluses. In contrast, the U.S. started as the world’s largest debtor nation, with minimal savings, and enormous trade deficits. So if Japan, with its superior economic position, could not extricate itself from this trap, what hope does the United States have?

If the Fed is unable to raise rates from zero, it will also be have no ability to cut them to fight the next recession. So the next time an economic downturn occurs (one may already be underway), the Fed will have to immediately launch the next round of QE. When QE4 proves just as ineffective as the last three rounds to create real economic growth, the Fed may have to consider the radical ideas now being contemplated by the Bank of Japan.

So this is the endgame of QE: Exploding debt, financial distortion, prolonged stagnation, recurring recession, and the eventual government takeover of industry and the economy. This appears to be the preferred alternative of politicians and bankers who simply refuse to let the free markets function the way they are supposed to.

If interest rates were never manipulated by central banks and QE had never been invented, the markets could have purged themselves years ago of the speculative bubbles and mal-investments. Sure we could have had a deeper recession, but it also could have been much shorter, and it could have been followed by a far more robust and sustainable recovery.

Instead Washington has joined Tokyo on the road to Leningrad.