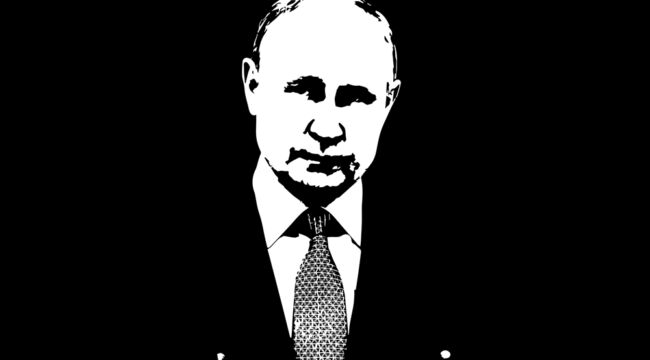 I’ve said from the start that Russia will win the kinetic war in Ukraine and the global financial war as well.

That doesn’t mean I’m pro-Russian or condone Putin’s invasion. It’s just my objective analysis based on the facts.

Of course, winning is a subjective term in both contexts. As applied to the kinetic war, winning does not mean a complete conquest of Ukraine. That was never Putin’s goal.

It means Russia will control the Donbas region in the south and east and the coastline of Ukraine, including the Sea of Azov and the Black Sea. Russia has already secured a land bridge from Russian territory to Crimea and likely plans to extend its coastwise control to Odessa.

Russia’s occupation of Snake Island gives it de facto control of Black Sea access to Ukraine already. Russia also occupies Kherson, which controls access to the Dnieper River in central Ukraine, which is the main access to the sea from the capital Kyiv.

What Good Are Weapons if There’s Nobody Left to Use Them?

None of this has been easy. It has been slow, brutal and costly. But Russia is not losing militarily, no matter how many videos you may see of destroyed Russian tanks.

Ukraine’s President Zelenskyy is now admitting that he’s losing up to 100 men a day, with many more wounded. The actual figures are probably significantly higher.

The U.S. and its allies can send all the advanced weapons they want to Ukraine, but given Ukrainian casualty rates there won’t be anyone on the front lines left to use them.

Then there are the economic sanctions…

Biden Should Send Putin a “Thank You” Note

On the financial front, Russia is making $25 billion per month in oil and natural gas sales due in large part to higher world prices as a result of economic sanctions.

Efforts to seize assets such as yachts and townhouses from Russian oligarchs also play into Putin’s hands because he had tried for over a decade to clip the oligarchs’ wings.

The fact is Putin despises the oligarchs. Putin’s base of power is the military, intelligence services and the Orthodox Church. The U.S. and its allies are actually doing Putin’s dirty work for him by going after the oligarchs.

Russia has also captured 55 million tons of coal in the Donbass region of Ukraine, which gives Russia added leverage when it comes to sanctions related to oil and natural gas.

The G7 climate and environmental ministers recently met in Berlin and agreed to phase out the use of coal. That sounds like a worthy goal from the perspective of climate alarmists. The problem is that most of the EU (with the exception of France) has already phased out their use of nuclear power.

At the same time, steps are being taken to ban exports of oil and natural gas from Russia to Europe because of the war in Ukraine. If you eliminate nuclear and coal, and curtail oil and natural gas, what’s left to power the homes and factories of Europe?

The ministers claim that they will arrange substitutes for the Russian oil and gas. But there aren’t any.

Qatari natural gas is mostly pre-sold to China. U.S. natural gas output has been knee-capped by Biden administration limitations on leasing and fracking. U.S. oil output is also declining for the same reasons.

The U.S. has moved from being a net exporter to a net importer of oil and natural gas in the past two years, so it cannot practically be a source for Europe.

None of this does any harm to Russia, which will simply sell its oil and gas output to China at world prices.

The G7 and EU have a fantasy that they can substitute wind and solar power for the oil, gas and coal that they are scaling back. The problem is that wind turbines and solar panels are expensive and not scalable. They depend on enormous battery farms to store power and those batteries make the entire plan even more expensive.

It’s also impossible to run a modern power grid on wind and solar alone because those sources are intermittent. There’s no solar power at night or on cloudy days, and there’s no wind power when the wind’s not blowing. Wind and solar can supplement other energy sources on the grid, but they cannot power the grid on their own.

Europe’s choices will be rationing and blackouts, not a green new deal.

The worst case is that the EU and G7 actually move forward with these nonsensical and unnecessary plans, in which case Europe will freeze in the dark next winter.

The U.S. Tells Africa to Starve

Meanwhile, many major trading partners of Russia have remained neutral in the war including China, India and Brazil, which gives Russia many outlets for its exports of strategic materials and energy and imports of manufactured goods.

It also looks like Russia nicked $150 billion of plutonium from Ukraine’s nuclear power plants. Plutonium runs about $6,000 per gram and the Russians got 30 tons. That leaves Russia with a nice profit in the sanction war.

With respect to grain exports, Russia has destroyed a major Ukrainian grain export terminal in Mykolaiv that plays a crucial role in global grain distribution. But after the West seized the assets of the Central Bank of Russia, what did you expect?

Putin doesn’t play patty-cake. This is war and he plays to win.

The U.S. is warning African nations not to buy Russian grain seized from Ukraine. But if the Africans don’t buy it, their people will starve. Talk is cheap, while starvation focuses the mind. They’ll buy the grain. Why wouldn’t they? Mark this as another failure for mindless U.S. sanctions.

In all, Russia will be OK.

Still, investors who believe the western and Ukrainian propaganda amplified by legacy media such as the New York Times and Washington Post are being badly misled.

The war could be ended through a negotiated settlement that addresses Russia’s security concerns, while still maintaining Ukraine’s independence.

But the U.S. and its allies want the fighting to drag along as much as possible in order to weaken Russia militarily.

They’re willing to fight to the last Ukrainian to do so.

Ukraine Is Losing the War