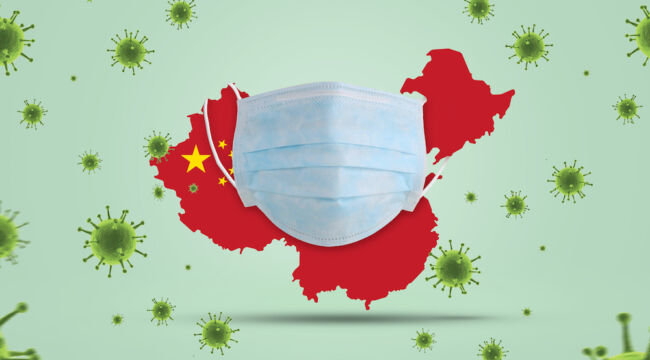 IN the early days of the coronavirus outbreak there was a robust debate about the source. Obviously, this outbreak started in Wuhan, China late in 2019 and spread from there, first to other parts of China then to the entire world.

More specifically, scientists and intelligence officials debated whether the virus escaped from a so-called “wet market” (an outdoor meat market where bats and anteaters were sold as delicacies and were slaughtered on the spot, which gave rise to the name “wet market” because of all the blood splattered about), or whether the virus escaped from a Chinese bioweapons laboratory.

The Wuhan Institute of Virology, a level-4 hot zone bioweapons lab controlled by the Communist Chinese military, is located just a few miles from the wet markets of Wuhan.

Initially, the lab theory was dismissed as an anti-Chinese “conspiracy theory” that only the ignorant would support.

Yet, if the virus came from a wet market, why did the Chinese refuse to allow international experts to visit Wuhan to investigate?

Why was the wet market scrubbed clean with bleach in early January so no samples could be taken?

Why did Beijing send a Major General bio-weapons expert from the Peoples’ Liberation Army to run the Wuhan lab early last January?

Why did China cook up alternative narratives including a view that the virus actually came from U.S. weapons laboratories?

In my new book on this subject, The New Great Depression, I concluded that the virus did come from the weapons laboratory.

I based this conclusion on a combination of genomic evidence, anecdotal evidence and the extreme steps taken by the Chinese Communist Party to cover their tracks.

Now, we have new evidence that makes the case for the laboratory source ironclad.

An expert Chinese virologist, Dr. Li-Meng Yan, states that she has definitive evidence to show that the coronavirus was created in a laboratory and designed as a bioweapon.

“This virus is not from nature,” she concludes, adding: “This is based on the China Military Institute that discovered and owned some bad coronavirus named CC45 and ZXC41. Based on that, after lab modification becomes a novel virus.”

She says claiming her information is from “the Centers for Disease Control (CDCs) in China, from local doctors, doctors and other people around China.”

This is not some fringe player but a well-regarded scientist who had complete access to both World Health Organization files on the new disease and access to Chinese hospital records, genome sequences and other “smoking gun” information.

Other scientists who made similar claims last January have disappeared and it is suspected that several have been killed as part of the Communist cover-up. Dr. Li fled to the United States in fear of her life and has been in hiding since last spring.

She has emerged now to increase awareness of the disease and to help put responsibility on the Chinese Communists where it belongs.

The Chinese government will still try to kill her, but hopefully, she has personal protection or even U.S. government bodyguards.

This story is far from over. Dr. Li’s evidence can form the basis for lawsuits against China, which in turn could lead to a U.S. court seizing $1.4 trillion of U.S. Treasury notes held by China to be placed in a trust fund for the benefit of pandemic victims.

That would be one of the most dramatic developments in the history of finance.