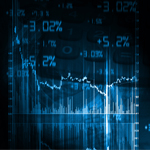 “Get rich quick” is a pipe dream and often a scam. It’s also grammatically incorrect. “Get rich slowly” is, however, a very attainable reality.

You can try to out-trade the supercomputers sitting on the floors of the big exchanges, if you want. They’re located there because they have the advantage of the time that it takes light or electricity to travel even a few blocks. This allows the firms who pay fortunes to the exchanges for proximity to the trading computers to beat firms located just down the street.

On the other hand, you can invest in the future, which no computer can calculate…

I think it’s good to periodically consider the man whom Money magazine picked in 1999 as the last century’s greatest stock picker, John Templeton. He started his investing career in 1939 by borrowing about $10,000, which was real money in those days. With war escalating in Europe and most investors in panicked despair, he didn’t buy gold. He bought 100 shares in each of the 104 companies priced under a dollar on the New York and American stock exchanges.

Almost all were innovative startups, and 34 were in bankruptcy. He then ignored his portfolio for four years. At that point, only four of the 104 were worthless, and he had quadrupled his money.

It wasn’t luck. Templeton was one of the few who understood portfolio mathematics. It is axiomatic that a diversified portfolio of truly innovative companies, held for the long run, will pay off big. This is based on the simple assumption that human progress will continue, and things will get better.

If this is not true, by the way, we’re all hosed anyway. There is no investment, including metals, that will do much good in a Mad Max scenario. So you might as well bet that things are going to get better — much better.

I hear people on the financial shows say that this is not the time to invest for the long run. The European Union and the euro are melting down. Governments all around the world, including the states of California and Illinois, are racing toward default. George Lucas is re-editing Star Wars…again.

In 1939, however, it was not just a shared currency, unemployment and growth rates at stake. National Socialism was on the march in Germany, with various nations preparing for war…from Italy to Japan. Economies were not just wobbling, they were targeted by armadas of bombers and fleets of submarines.

Before it ended, the carnage would be so great that we can’t, to this day, even accurately say how many people died — though it was probably around 60 million. It might have been 10 million more or 10 million less. The destruction was so great that records and even memories of millions disappeared forever. The percentage of total human wealth consumed by the war dwarfs all that is at risk today. But John Templeton got rich. He got rich because he had faith that progress could not be permanently stalled and that those who invest in that progress win in the long run.

It’s not the politicians who will pull us out of this iatrogenic debacle — it’s scientists, engineers and investors.

Ignore fluctuations and short-run market conditions. Have faith in the future, and keep your eye on the long run. Remember, as well, that your long run has gotten a lot longer, even very recently.

Moreover, it will continue to lengthen as unprecedented medical advances come to market…