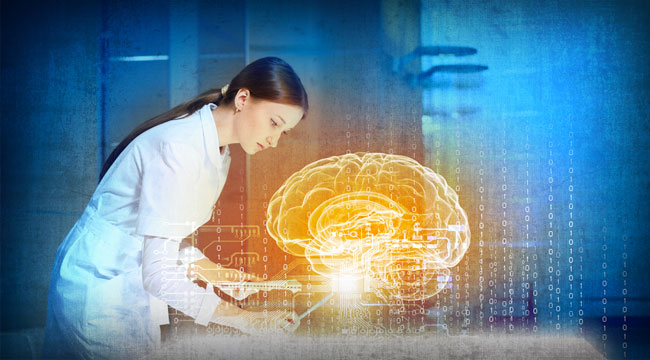 Profit from the Big Break in Alzheimer's Research

Over 20 years ago, I attended a big government event in Washington, D.C., where science bureaucrats announced the “Decade of the Brain.” At the event, they claimed we would conquer brain and neurological diseases over the next 10 years. And they proudly proclaimed massive increases in spending on research for brain and nervous system illnesses.

But clearly, it was just a publicity stunt to get more new funding from taxpayers for more of the same old research.

During that “Decade of the Brain,” science made little — if any — real headway regarding treatments. Instead, we endured 10 years of disappointing clinical drug trials, with virtually no progress toward curing or preventing brain diseases.

Now, this past February, the Obama administration announced another “Decade of the Brain.” But here again, it’s just a publicity stunt to spend more of your tax dollars.

In a moment, I’ll tell you more about how the government continues to waste your money on failed treatments for the No. 1 brain disease facing our country — Alzheimer’s disease (AD).

But first, let me tell you about what we know does work…

…lowering blood sugar looks like a good way to prevent dementia as well as diabetes.

Earlier this year, a promising new Alzheimer’s disease study was published in the prestigious Journal of the American Medical Association. It was largely ignored by the mainstream press. But it showed some startling results.

For this study, researchers compared vitamin E to a drug commonly prescribed to treat moderate-to-severe AD patients. And the vitamin completely outperformed the drug!

So not only does the drug not help treat AD. It negates the effects of a basic nutrient that does work!

Government health officials and mainstream medicine appear more concerned about touting the imaginary dangers of vitamin E. They warn you to keep your doses of vitamin E low — probably too low to do any good.

Of course, brain changes can occur 10-20 years before you experience any overt symptoms of AD. So by the time doctors diagnose you with dementia, too much damage has already occurred.

So early prevention not only makes sense… it’s critical.

But government health officials and mainstream medicine continue to ignore vitamin E as a viable AD treatment. They also ignore the apparent risk of lowering cholesterol levels for the brain. And they certainly don’t give credit to the role vitamin D and B complex play in protecting cognition and neurological function.

They simply want you to take “new” drugs to prevent a disease they can’t treat.

So what are some of the new drug approaches proposed to prevent dementia? And, do they present opportunities for true prevention?

Well, one approach targets the formation of a protein called beta-amyloid. In AD patients, this protein clumps into plaques in the brain. It disrupts the flow of information across nerve synapses and causes nerve cell death. But — unlike vitamin E — drugs targeting beta-amyloid have failed to stop the progress of AD.

So now, they’re trying the failed beta-amyloid drugs out as “preventative” drugs. They can then give these failed drugs to younger people, before they present with AD symptoms.

But these drugs weren’t effective as treatments. So what makes them think the drugs will work to prevent AD?

Furthermore, why not put these patients on a vitamin E regimen? We already know vitamin E slows the progress of the disease in AD patients. Why not see if it can prevent the disease in these at-risk patients?

To date, there is only one true prevention study currently on the books. It’s called the TOMORROW trial and it began this year. This large, primary-prevention trial involves 6,000 healthy men and women between 65-80 years old.

Although I’m concerned about the safety issues associated with pioglitazone, I’m still interested to see the results. You see, this study looks at dementia differently… as a result of high blood sugar. And recent research points to Alzheimer’s disease as “Type III diabetes.” I’ve said previously that lowering blood sugar looks like a good way to prevent dementia as well as diabetes.

But beyond all that, the TOMORROW study is also the first to consider the possible benefit of supporting cellular mitochondria in the treatment of dementia. Pioglitazone has a potent effect on mitochondrial function. But so does the natural product Ubiquinol (CoQ10). As well as South African rooibos.

Technically, we are still in the middle of the “Decade of the Brain.” (The second one now.) But you don’t have to wait for yet another decade to go by to learn about the importance of nutrition in preventing and treating Alzheimer’s disease. You can find answers right now.

Just maintain a diet filled with healthy meats, fish, eggs, and leafy greens. Don’t let your cholesterol get too low. (So stay off statins if you possibly can.) And to supplement your diet, look for high-quality vitamin E, D, and B complex. You can also consider a Ubiquinol (CoQ10) supplement. And lastly, if you have Type II diabetes, make sure to keep your blood sugar under control with the help of a qualified physician.

I’ll continue to keep you updated on the TOMORROW trial. And I’ll be sure to share any other real science that emerges in the ongoing war against Alzheimer’s disease — as well as all the other devastating health epidemics facing our great nation.

Always on the side of science,

Ed. Note: Insight and analysis from experts outside of Laissez Faire Books are just some of the perks loyal subscribers receive when they sign up for the FREE Laissez Faire Today email edition. Click here now to sign up and never miss out on future opportunities.

A Breakthrough in the Fight Against Alzheimer’s?

New findings were recently published from the Salk Institute in the fight against Alzheimer’s. Stephen Petranek has more on the positive – and controversial – method.

Marc S . Micozzi, MD, Ph.D. is a worldwide leader in nutritional and complementary/alternative medicine. He has had a distinguished career as a researcher and physician executive at the National Institutes of Health; Walter Reed National Military Medical Center; and the College of Physicians of Philadelphia, Pa. He has published over 30 medical and trade books and founded and edited the first scientific journal and textbook on complementary/alternative and nutritional medicine, which is now going into a fifth edition (2012) and has been continuously in print since 1995.