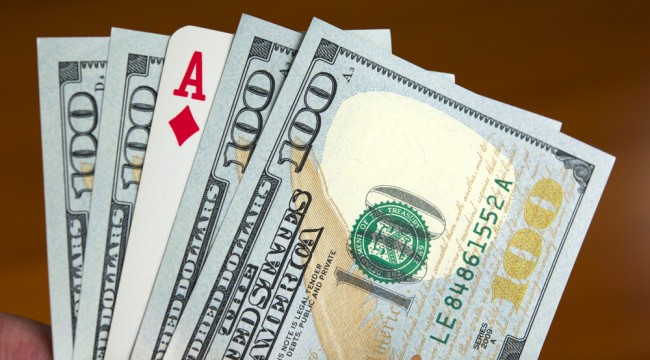 [This article is adapted from Chapter 11 ofThe Fed at 100: A Critical View on the Federal Reserve System.]

The starting point for any serious reflection on our subject is the fact that money production does not bring about uniform and simultaneous changes. An increasing money supply tends to entail a higher money price level, but the individual prices change at different points of time and each to a different extent (i.e., Cantillon effects).

As a consequence, money production creates winners and losers. The winners are those who can use the new money first, because at this point in time the money prices of the other goods are still relatively low. Due to these expenditures, prices and incomes gradually increase, and in this way the new money spreads through the economy.

The losers of this process are those who only later — or last of all — enjoy a higher money income. This is because they are already having to pay the higher prices, created by the increased money expenditure of the early users of the new money, out of their previous lower income.

Strictly speaking, this distributive effect is independent of the question whether the additional money is actually being spent, and of whether such spending entails any price changes. For example, in the past five years, the Fed has repeatedly increased the base money supply on a massive scale, while the impact on the price level has remained quite moderate.

Nevertheless this increase in the base money supply amounted to a large-scale redistribution, because some market participants received large quantities of a qualitatively better type of money (base money) while the overall money supply (including fiduciary media created by commercial banks), and the price level, remained relatively stable.

As an analogy, think of the croupier in a casino, who right at the start of a poker game deals one of the players a few additional aces. The game hasn’t even begun, and all players have the same amount of cards, but the privileged player already has the upper hand.

We have the same situation here. The overall money supply has not been increased and thus the price level has not yet risen, but some market participants have, in relative terms, improved their position enormously.

The situation is entirely different in our contemporary fiat money system. Here, money production is pushed far beyond the level it would reach on a free market. As a result it causes a redistribution of income and money wealth far beyond what would be expected on a free market.

Some economists do not agree. They argue as follows: In our contemporary monetary systems, money is being produced in the form of credit. Central banks and commercial banks do not dig money out of the ground and spend it; they create money by creating credit. Now in that case, it makes no difference who receives the new money first, as the beneficiary is no richer than before. After all, the new money was lent, not given.

The gross wealth of the beneficiary rises, indeed, but his debts now rise to the same extent as well. For example, if Mr. Jones takes out a loan of one million dollars to buy a house, his net wealth does not rise by one cent. It’s true that his gross wealth is now greater, namely by the said million, but his debts have risen by exactly the same amount.

So far, so good. However, even if we pay due attention to the difference between gross and net wealth, the fact remains that it does make a difference whether Jones gets the house due to money creation. The difference is that Jones now lives in the nice house, which without money creation would have been sold at a lower price to someone else. He can now live there with his family. He receives his guests there.

If we look at the funding of firms, the impact is even greater. Here again it’s true that money creation does not necessarily lead to changes in the respective net company fortunes, but it influences the kind of products that now enter the market.

Loans to a manufacturer of men’s shoes enable him to realize his projects. Because of the loan he can pay higher wages and higher prices for leather than, say, the manufacturers of ladies’ purses. The shoe production expands while purse production stagnates or shrinks. The provision of shoe wearers is improved, that of the purse carriers worsens.

Thus our above conclusion is confirmed: Money production always affects the distribution of real incomes. The first money users win, the last ones lose.

Jörg Guido Hülsmann is senior fellow of the Mises Institute and author of Mises: The Last Knight of Liberalism and The Ethics of Money Production. He teaches in France, at Université d’Angers.