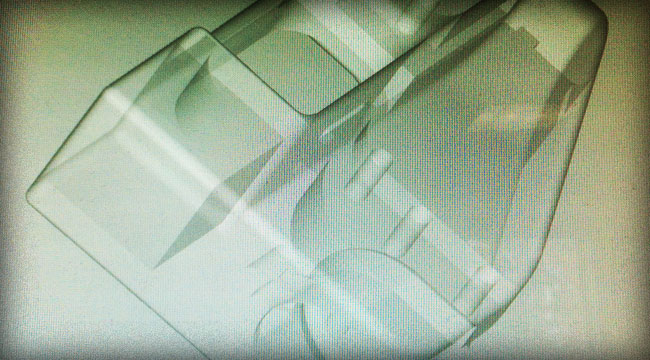 Printed Protection and the Future of Defense

We crossed another milestone in industrial history last week. Over the weekend of May 4-5, 2013, the world’s first handgun was printed on a 3-D printer. It was fired and it worked. The implications are dazzling for people all over the world. The printers will become cheaper over time. The files for printing can be distributed all over the world through the Internet.

And no government in the world is in a position to stop it.

That’s not to say that governments won’t try. “It’s stomach-churning,” said New York Sen. Charles Schumer of this remarkable innovation. “We’re facing a situation where anyone — a felon, a terrorist — can open a gun factory in their garage, and the weapons they make will be undetectable.”

A big advocate of gun control, his real goal is not to make the world a more peaceful place. He simply wants government to have all the guns and doesn’t want to make it easier for you and me to get them. He wants to retain the present disparity of power between government and the people and senses that something is upsetting the balance.

Therefore, of course, he wants to amend the law to make printed guns impossible. If you haven’t noticed, this seems to be the main thing government does these days. It puts barriers in the way of progress and tries to stop technological advance. 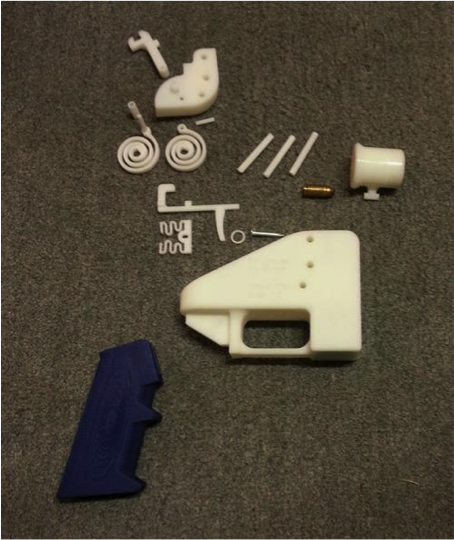 Legislators just can’t reconcile themselves to the new reality that they have less and less power each day as the digital age progresses. It’s the force of innovators and consumers the world over — creating and exchanging to their mutual benefit — compared with the clunky and blunt instrument of the regulatory state.

The driving energy behind the printed gun is Cody Wilson, a 25-year-old law student at the University of Texas at Austin. He is the visionary behind Defense Distributed, a website that releases the plans, provides updates, and accepts donations in Bitcoin. He calls his new weapon “the Liberator” after the inexpensive, single-shot gun manufactured by the U.S. government during World War II. They were dropped all over Europe to scare and demoralize occupying armies.

Mr. Wilson thinks like the entrepreneurs of old. He had an idea and believed it was achievable. He saw every barrier not as something that would stop him, but as something to overcome. His crowdfunding project was removed by the website that first hosted it. His first rented printer was recalled by its owners. The regulatory barriers were huge, but he responded with overcompliance. And of course, the gun-grabbers consider him to be enemy No. 1.

I’ve been intrigued to watch his vision unfold over the last year. He clearly saw that the 3-D printing revolution has profound implications for the future. Among other things, it challenges the whole basis of government regulation of the economy, which is very much tied to controlling manufacturers and the buying-and-selling process itself.

With distributable and localized manufacturing, the core power of the regulatory state is faced with a fundamental challenge. Patents and other forms of “intellectual property” become irrelevant. If a design is constrained by regulatory controls, it is a simple matter of changing the design to produce an uncompromised product.

With or without printed guns, this new technology is going to lead to continuing upheaval in the years ahead. It is already deeply embedded in the manufacturing process. Boeing has installed some 20,000 different printed parts. Pratt & Whitney, GE, and many other companies depend on it for profitability.

As the revolution advances, printing will gradually replace shipping. More people of the world will have access without transportation costs, making prosperity affordable in a way that was previously unimaginable. (For more on the origins and development of this industry, see the wonderful book Makers by Chris Anderson.)

A crucial element in this disruptive technology is the role of open source sharing. This is a completely different approach from what prevailed from the Industrial Revolution until very recently. Usually, it was believed that a company’s profitability was bound with its proprietary control and its trade secrets. But through open source innovation, companies have discovered that they can extract better ideas by drawing on the energy and skills of people all over the world, resulting in a better product and a faster pace of development.

Defense Distributed uses the open source model. It allows the company to get from here to there faster and to distribute its results universally. Open source approaches also instill the manufacturing process with that crucial element of trust. Think of this as a globalized system of peer review in which nothing is hidden. It’s sort of the opposite of how governments do things.

Think of how the pace of change is accelerating compared with the past. The Gilded Age saw astonishing changes: railroads crossed the country, internal combustion became common, homes were lit with electricity, and steel replaced iron as the building metal of choice. But all of this took 25 years to come about. We are now seeing innovations proceed at a pace that makes the Gilded Age look like slow motion. It is affecting every sector of life — now even gun manufacturing and money and banking.

None of this would be possible without two critical institutions: the Internet and entrepreneurial dreams. Put the two together and you have miracles in the making.

How will Mr. Wilson’s gun change the world? Over time, it could fundamentally upset the balance of the relationship between citizens and their governments, not just here, but around the world. It makes 20th-century-style tyranny less likely, or at least gives the people a fighting chance to hold onto their rights and liberties. Public and private predators can be checked.

Freedom is the victor here, and one would suppose that this would be something to celebrate.

Instead, we get carping politicians, annoyed regulators, and legions of peanut-gallery critics who make fun of the gun’s design and functionality. This misses the bigger picture. We are living in the dawn of a new age, and the future is going to be much different from the immediate past. People like Cody Wilson are society’s benefactors.

Five Stories Not to Miss

3-D printed fish that deliver medicine through the bloodstream… How robotics help speed up disaster recovery… The newest trend for blood donors… Plus, a stunning satellite image of a massive algae bloom in the Baltic and the newest study on dementia.