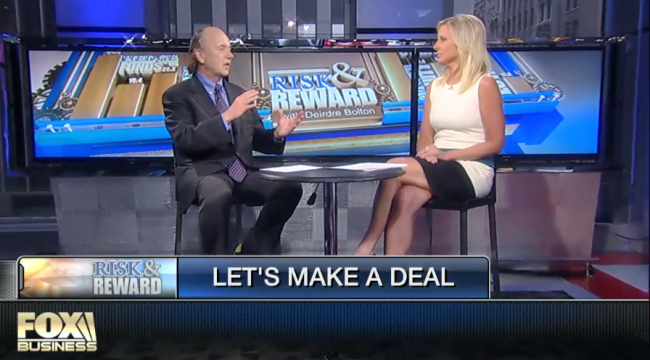 How the President's Trip to China Affects U.S. Investors

[Ed. Note: This week, our own Jim Rickards sat down with Fox Business to discuss President Obama’s recent trip to China, specifically the new military agreements, tariffs on information technology products and other important takeaways from the trip. Watch the video right here, or read the transcript below…]

Fox Business: President Obama has been in China all week meeting with President Xi Jinping on a host of issues including climate change, tariffs and visas. The two countries agreed on a new deal for short term tourists and business visas for those traveling from the U.S. to China and vice versa.

Visas will now be valid for 10 years as opposed to just one year.

Agreements occurred were greenhouse gas emissions with China agreeing to stop increases in carbon dioxide emissions by around 2030, a deal to drop tariffs on semi-conductors and other information technology products and new agreements designed to avert military confrontations in Asia, including notifying each other of major activities such as military exercises.

Pro-democracy protests in Hong Kong and the Chinese cyberattacks on the U.S. have gone unsolved.

For more on President Obama’s trip to China and what this means for investors here at home, let’s bring in Jim Rickards, he’s the author of The Death of Money, and he’s Chief Global Strategist at West Shore Funds.

Of the few things I just went through and of all the agreements that we have, what stands out to you as the most positive move that this trip has produced?

Jim Rickards: I think this military to military agreement about rules of conduct for encounters between aircraft and vessels that’s probably the most technical thing, but it might be the most important, because you don’t need a Chinese fighter bumping into a U.S. surveillance craft or a Chinese fishing boat bumping into a U.S. destroyer. That’s the kind of thing that can escalate.

But interestingly China resisted that for a long time because they said, “We’re your friends… We don’t need these rules of engagement. We don’t have them with places like Canada who are our friends. The fact that we have them at all says maybe you’re not our friends but we don’t really want to fight.”

So that was important.

Fox Business: On the military issues… There’s still a lot of distrust between ourselves and the Chinese. And particularly the military. Part of the Chinese military was accused of spying on us.

Jim Rickards: The PLA has a unit in Beijing that does nothing but cyber warfare all day long.

Fox Business: So we’re just going to open up our systems to them?

Jim Rickards: No but they’re opening up whether we like it or not. The cyberwar is going on behind the scenes. We get their secrets they get ours.

Fox Business: Let’s get to tariffs. Certainly the trade relationship between China the US is crucial to our economy (you could argue to their economy as well). Are you positive about the tariff deal that came out?

Jim Rickards: That’s the most positive thing to come out of it economically. We have a deficit with China, they have a surplus with us. We buy more of their stuff than they buy of our stuff. But one of things all economists agree on is the free trade is a win-win. So even if their stuff is coming in tariff free, who cares we’re probably going to buy it anyway. The fact that our stuff can get in there tariff free they might buy more of our technology exports (and we have quite a few).

But they have to take this bi-lateral deal over to the WTO next year and make it part of a larger WTO effort, but that’s very likely to play out in a favorable way. So that’s good news.

Jim Rickards: To some extent. It doesn’t solve all the problems. Under the old rules if I had high tariffs in China, I would have to put my plant or sell my intellectual property in China to sell to that market. Now I could manufacture in the United States and then export to China without the tariffs, so I don’t have to put the plant and equipment there.

This is a win. This is good for certain U.S. companies. It will create some U.S. jobs. It will also help China.

The great thing about free trade is that it’s a win-win. It’s not a zero sum game; it’s a positive sum game. So I definitely applaud the president and the efforts of the White House and Mike Froman the U.S. trade representative, who put this package together. They did a good job.

Fox Business: Okay, what about the visa issue? I thought that was interesting, going from one year to 10 years…

Jim Rickards: Well education is one of our biggest exports even though we don’t “send” it anywhere. So that’s a big win for the United States.

But as a business person, I travel to China fairly frequently, and visa thing is a pain in the neck. Not having to get a new one every year helps.

Fox Business: Do you feel that we’re making strides in the trust factor? Did this week help that? There’s still a lot of mistrust, I think…

Jim Rickards: Yes and no. There is a lot of mistrust, you’re right about that. Certainly China has ambitions in East Asia, the Western Pacific, Central Asia that conflict with U.S. interests. Think of places like the Philippines which are traditionally U.S. allies…

I was just recently talking to someone from the Philippines and they said China is making enormous investments in the Philippines. This is good for the global economy, but we’re certainly confronting them in a variety of ways. And that’s going to continue.

Fox Business: There’s always a difference in every country between a businessman (or business woman) and a politician. Do you think that’s an important enough shift in China? Do think that the government is going to be able to continue to control business as much as they have in the past? That’s been a concern for a lot of U.S. companies.

Jim Rickards: Let’s separate the external or bi-lateral relations with the United States on the one hand and what’s going on inside China…

This is good for the bi-lateral, so trade, investment, visas… those things are all good, they’re positive.

You know they told the Jimmy Carter Center they were doing a village democracy project. And they were told by the Chinese government, “Oh, you can be a think tank, but don’t talk about democracy.”

Nomi Prins offers inside analysis on where the global financial system is headed. Find the exclusive interview here…