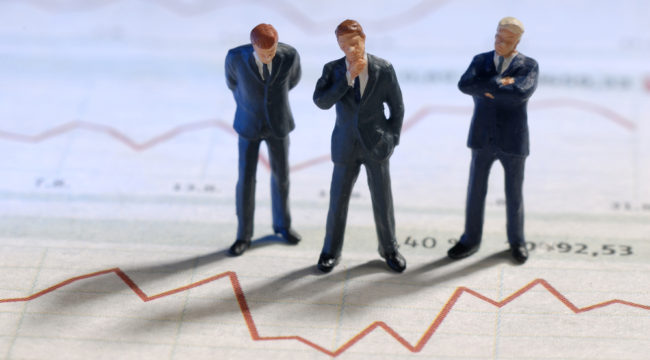 What Trump knows is that the Federal Reserve, the most powerful central bank in the world, since inception was to be autonomous and separate from the political transgressions of Washington.

Historically, the White House and presidential politics, let alone candidates, commenting on interest rates, monetary policy and items related to the Fed mandate was a “hands off” area.  This norm seems to have hit deaf ears with the GOP candidate.

Trump appears to now be taking on the Federal Reserve and interest rate speculation.

Only days after his commentary, Trump doubled down on his prior commentary saying, “She’s keeping [rates] artificially low to get Obama retired” He then expanded on Yellen’s actions personally stating, “Watch what is going to happen afterwards. It is a very serious problem… and to a certain extent, I think she should be ashamed of herself.”

Since its founding in 1913, the Federal Reserve has maintained an attempt to be an independent body.  In simple terms, it was to refrain from injecting influence into elections, executive office policy and to true to its objectives, by mandate.

The Fed has given pushback to Trump’s statements. As a new president of the Federal Reserve of Minneapolis noted while on CNBC only minutes after Trump was on the network, “Politics simply does not come up.” He went on to highlight in reference to the Federal Reserve “We look at the economic data and… everyone around the table is committed to achieving our dual mandate” of employment and inflation.”

Stretching back to his time as a GOP primary candidate in an exhaustive field, Trump continued on message saying that the Fed had drawn a line in the sand and was acting “highly political” for a central bank that was supposed to not act within “political reasons.”

If his commentary is a guide for the future of the Fed hold under a potential Trump White House, expect a significant change. Given this potential recognition of a shake up, the Fed already has some in the market with eyes on the post-election policy to come.

A Cantor Fitzgerald analyst noted to Reuters that “The election is one of the reasons why they can’t go sooner,” he said. “We don’t think the Fed will want to disrupt the election.” In his expectations, December would still be a timeline for any change.

As the election looms, questions continue to swirl over interest rates being raised.  In a year that polarization in politics has hit new levels, the Fed continues to make headlines and draw scrutiny for action and inaction alike.

Even the top bankers in the world have begun to exert opinion on the Federal Reserve. Jamie Dimon, CEO of JPMorgan Chase noted on Monday while attending the Economic Club of Washington “The Fed has to maintain credibility. I think it’s time to raise rates. Normality is a good thing, not a bad thing. The return to normal is a good thing.”

A possible change in the presidential approach on how monetary policy is set up in the United States could jolt confidence in the markets, the Fed and global trading partners. If possible central bank transitions were to take place, former policy makers have made it clear that the status quo would change.

As David Stockman, a former Reagan Administration official and author of the newly published book “Trumped!” said, “The path over the last 30 years in policy could comes into question. There could well be a major unexpected upheaval in the market.”

Less than two months remain until one of the most critical elections occur in U.S history.  While the media is focused on optics, the Fed and global central banks are keeping a close eye on these landmark statements.

The markets have positioned themselves heavily for the separation between presidential politics and the Federal Reserve to continue, a realization that the status quo could be changing looms.

For all his fanfare, bombastic style and “non-politically correct” commentary, Trump struck at the heart of the system when speaking at the beginning of September when he very clearly said, “We have a very false economy.”

“At some point the rates are going to have to change,” Trump noted while campaigning in battleground states. “The only thing that is strong is the artificial stock market,” he said.

There are 55 days left until the election. Buckle up. Stay tuned.

Craig Wilson
for the Daily Reckoning