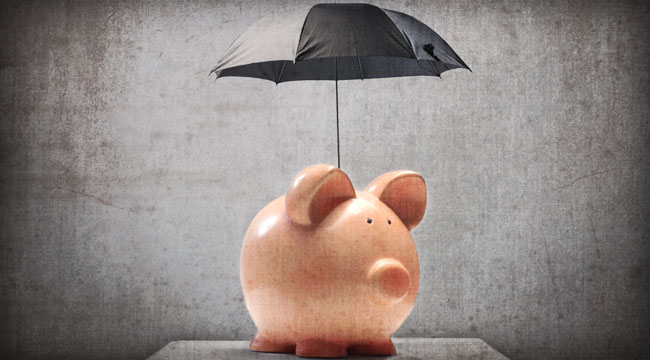 Why You Should Be Prepared for Both Inflation and Deflation

[Ed. Note: The debate over whether or not the US economy will experience inflation or deflation in the near term is an extremely heated one… According to our own Chris Mayer, two respected economists almost came to blows over it. But, as Jim Rickards explains below, there really is no debate, since they’re both equally likely. Read on…]

Today’s investment climate is the most challenging one you have ever faced. At least since the late 1970s, perhaps since the 1930s. This is because inflation and deflation are both possibilities in the near term. Most investors can prepare for one or the other, but preparing for both at the same time is far more difficult. The reason for this challenging environment is not difficult to discern.

Analysts and talking heads have been wondering for five years why the recovery is not stronger. They keep predicting that stronger growth is right around the corner. Their forecasts have failed year after year and their confusion grows. Perhaps even you, who have seen scores of normal business and credit cycles come and go for decades, are confused.

The soup lines are here. They’re in your local supermarket.

What’s the first thing that comes to your mind when you think of a depression? If you’re like most investors I’ve spoken to, you might recall grainy, black-and-white photos from the 1930s of unemployed workers in soup lines. Or declining prices. Yet if you look around today, you’ll see no soup lines, read that unemployment is only 6.2% and observe that prices are generally stable.

How can there be a depression? Well, let’s take each one by one.

The soup lines are here. They’re in your local supermarket. Government issues food stamps in debit card form to those in need, who just pay at the checkout line.

Despite popular beliefs, unemployment is at 1930s levels too. If the Bureau of Labor Statistics measured the rate using the Depression-era method, it would be much higher than 6.2%. Also, millions today are claiming disability benefits when unemployment benefits run out — that’s just another form of unemployment when the disabilities are not real or not serious, as is often the case.

The Federal Reserve’s money printing is responsible. The Fed had an overly tight monetary policy in the early 1930s but has employed unprecedented monetary ease since 2009. Ben Bernanke, who was in charge at the time, was reacting to what he viewed as the erroneous Fed policy of the 1930s. In a 2002 speech on the occasion of Milton Friedman’s 90th birthday, Bernanke said to Friedman, “Regarding the Great Depression. You’re right, we did it. We’re very sorry. But thanks to you, we won’t do it again.”

But this did not mean that Bernanke had single-handedly discovered the cure for depression. Fighting deflation by itself does not solve the structural problems of the economy that lead to depressed growth. Instead, Bernanke, and now Yellen, have created an unstable dynamic tension.

Depressions are naturally deflationary. In a depression, debtors sell assets to raise cash and pay their debts. That pushes down asset prices. Falling asset prices, in turn, put other investors in distress, causing further asset sales. So it goes on in a downward price spiral.

The relative price stability you’re experiencing now is an artifact of deflation and inflation acting at the same time. Far from price stability, what you’re seeing is an extremely unstable situation. Think of the forces of deflation and inflation as two teams battling in a tug of war. Eventually, one side wins, but the battle can go on for a long time before one team wears out the other side.

If central banks stop causing inflation, deflation will quickly overwhelm the economy. If central banks don’t give up and keep printing money to stop deflation, they will eventually get more inflation than they expect. Both outcomes are very dangerous for you as an investor. The economy is poised on the knife edge of destructive deflation and runaway inflation. Prices could quickly and unexpectedly fall one way or the other.

…both deflation and inflation are possible. Anyone who warns just of inflation or deflation is missing half the puzzle.

This doesn’t mean you should throw up your hands and say “I don’t know.” Plenty of analysts will tell you why you should fear inflation. And prominent policymakers such as Christine Lagarde of the IMF and Mario Draghi of the ECB have warned of deflation. Yet analysis has to be more than a matter of guesswork or stating a bias. The correct analysis is that both deflation and inflation are possible. Anyone who warns just of inflation or deflation is missing half the puzzle.

If you knew deflation was coming, you’d have an easy time constructing a profitable portfolio. You would have some cash and invest primarily in bonds. The value of cash goes up during deflation as prices decline, and bonds rally as interest rates decline. You might want to own some raw land in that case also. During a deflationary period, the nominal value of the land might go down, but the costs to develop the land go down faster. The key would be to develop it cheaply in time for the next up cycle.

If, on the other hand, you knew inflation was coming, it would also be easy to construct a robust portfolio. All you would need to do is buy commodities like gold and oil, and stocks of companies with hard assets in sectors such as transportation, energy, natural resources and agriculture. You could also purchase fine art, which has excellent wealth preservation properties in an inflationary environment.

What should you do when the outcome is on the knife edge and could tip either way toward deflation or inflation?

The answer is prepare for both, watch carefully and stay nimble. Your initial portfolio should have gold, fine art, raw land, cash, bonds, select stocks and some alternatives in strategies like global macro hedge funds and venture capital. Not all of those strategies will pay off, but some will do well enough to outperform others and preserve wealth.

Ed. Note: With clear evidence supporting the possibility of both inflation and deflation, it seems logical to “prepare for both” as Jim suggests. And the first step in doing that is to sign up for The Daily Reckoning email edition. Inside each issue, you’ll be treated to exclusive chances to discover real, actionable profit opportunities that will help you safeguard and grow your wealth no matter what happens. Click here now to sign up for The Daily Reckoning, completely FREE of charge.