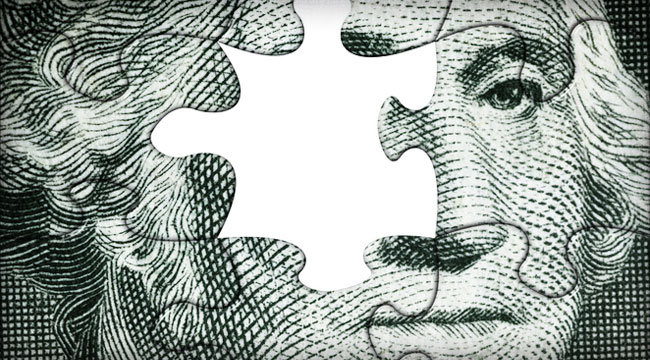 Raising the minimum wage seems to be on the tip of every pundit’s and politician’s lips these days. With the stroke of a pen, President Obama forced all government contractors to pay at least $10.10 an hour. The city of Seattle has approved a law to increase the minimum wage over the next three-five years (depending on employer size) to $15 per hour, with it thereafter increasing at the rate of inflation.

Former Republican Presidential nominee Mitt Romney thinks the minimum wage should be increased, “Because frankly, our party is all about more jobs and better pay.” Rick Santorum, who also ran for president in 2012, losing the GOP nomination to Romney, thinks the minimum should be bumped as well.

The unskilled service jobs that make our lives…easier are being killed by government edict.

Reportedly, two-thirds of small-business owners now support raising the federal minimum wage. And many politicians who are against raising the minimum at the federal level are OK with raising it on the local or state level.

Has everyone lost their economic sense?

Alan Pyke wrote at ThinkProgress, “There are 102,000 workers in Seattle currently earning less than $15 an hour. Raising those people’s wages will put about half a billion extra dollars of spending money into Seattle workers’ pockets.”

So wages will be increased (by force) and nothing will happen except the workers will have more money? Businesses won’t react at all? Half a billion dollars will just appear from nowhere? 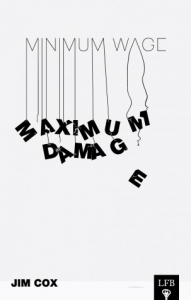 Cox mentions automatic dishwashers, and now some chain sit-down restaurants are experimenting with customers ordering from electronic tablets at their table to cut down on wait staff. Do you think you’re given unfettered access to fill and refill your own drinks because restaurants are generous? You can’t drink enough soda to make it worth adding more staff at government-mandated levels.

Some of us remember teenagers filling our gas tanks, washing our windows, and checking our oil when we pulled into a gas station. In fact, they used to be called service stations for that very reason. No one scanned their own groceries in the old days.

The unskilled service jobs that make our lives as consumers so much easier are being killed by government edict. However, the general public can’t connect the economic dots. When the opportunity to raise the minimum wage is offered to voters, they overwhelmingly vote yes. While support has fallen, 71% of those polled by Gallup favor boosting the federal mandate.

The problem is most people’s knowledge of economics is slim to none. The National Council on Economic Education administered a short test to determine what the average person’s economic knowledge is and found “most adults and students have not mastered basic economic concepts.” Overall, 42% of adults got a D or worse on the test. Students fared even worse, with 74% earning a D or an F. These folks want to give everyone a raise.

Professor Cox gives you more arguments than you’ll ever need against the minimum wage, writing a clear, concise book that wastes no time on theoretical wanderings. For instance, we often hear people say that without the government’s interference, companies would pay their workers next to nothing.

When an advocate for minimum wage says this, ask them if they make minimum wage. And if they don’t, ask, “How could you possibly make more if what you contend is true?” The author points out we would all be making just the minimum if employers paid only what the government forced them to pay.

On May 15, fast-food workers around the world picketed for higher wages, claiming they can’t live on the minimum. Cox writes that workers would get a more than 10% raise if government would just stop taxing low-income earners. What would also make many of these jobs “livable” is if government removed the time-and-a-half pay requirements for work over 40 hours per week. Working more than 40 hours a week is far from cruel and unusual. Most people paid on a salary basis must work more than that to serve customers and advance in their careers.

In this year’s minimum wage fracas, the nonpartisan Congressional Budget Office estimates 500,000 jobs will be lost with an increase to $10.10. This doesn’t deter advocates in the least. Cox points out that the same thing happened in 1989 when George H.W. Bush was in office and haggled for raising the minimum wage from $3.35 to $4.25, rather than the $4.55 Congress wanted, contending that only 300,000 jobs would be lost instead of 600,000. The Washington elite are as callous about job casualties as they are about those on the battlefield.

While these job losses may be estimated, the great economist Frederic Bastiat urged us to consider what is unseen. The minimum wage keeps jobs from being created in the first place. Higher labor costs can kill a business at the idea stage. We’ll never know what opportunities were lost at the heavy hand of government.

P.S. Politicians love increasing the minimum wage because it’s one of the few times they don’t have to ask voters to pay more in taxes. They just dump the increased costs on store owners, and call them greedy if they try to oppose it. After all, the minimum wage workers are poor and defenseless and they need strong, just politicians to defend them.

At least that’s the story they’ll try to tell you.

Jim Cox’s Minimum Wage, Maximum Damage is your go-to resource whenever you encounter someone trying to defend the minimum wage. It cuts through the nonsense and gives you the real story and the economic evidence to back it up. And readers of today’s issue of Laissez Faire Today got a chance to grab this book at a steep discount. In fact, LFT readers are shown these discounts — which are normally reserved for Laissez Faire Club members — every single day. You won’t be able to get these discounts when you access articles through our website. So make sure you don’t miss out on the next book opportunity by clicking here and subscribing to the FREE Laissez Faire Today email edition, right away.

Should the minimum wage be raised? Michael Covel, who’s not a big fan of big government, discusses why this could lead to unintended consequences. Covel explains…