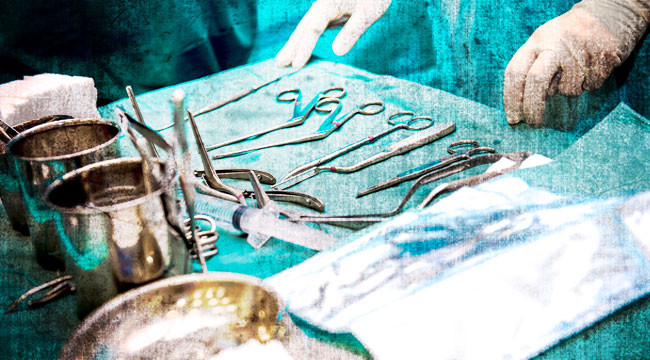 Writers sometimes worry if a day will come when they have nothing more to say. As long as Paul Krugman is around, I will never have that worry.

Boston University professor, Lawrence Kotlikoff has suggested that Krugman return his Nobel Prize. I hope he doesn’t. As long as someone with Krugman’s professional status gets his facts wrong in column after column, and does so in an arrogant and pompous manner, attacking the integrity and hurling insults at all who disagree with him… well, there will always be a market for a writer who is able to show that the scourge of sensible people everywhere has written one more erroneous editorial.

Krugman may not always be wrong. On some economic issues he may actually be right. But when it comes to health care, he almost never misses. He is wrong 100% of the time.

In a recent New York Times column Krugman pronounced Obamacare a success before it has even been tried. Why? Because the premiums to be charged in California health insurance exchange are apparently lower than what the experts thought they would be:

“Well, the California bids are in — that is, insurers have submitted the prices at which they are willing to offer coverage on the state’s newly created Obamacare exchange. And the prices, it turns out, are surprisingly low. A handful of healthy people may find themselves paying more for coverage, but it looks as if Obamacare’s first year in California is going to be an overwhelmingly positive experience.”

I did a quick check and discovered that if a 25-year-old in Los Angeles chooses the least expensive plan offered on the California health insurance exchange, the premium will be $142 a month. Yet the cheapest plan offered on eHealth today is only $92 a month.

Aah… let’s see… Everybody thought health insurance premiums would be 100% higher. In fact, they are only 60% higher… Hooray… Break out the champagne!

I’ll come back to these price comparisons in a minute. For the moment, I would ask: What kind of an economist would celebrate an expected price decline without asking what happened to quantity or quality? This is an Econ 101 mistake.

As it turns out the health insurance to be sold in the California exchange excludes some of the best hospitals and the best doctors. Also, the fees paid to providers will not be the same as commercial insurance are paying. They will be somewhere between the commercial rates and Medicare rates. This means that people with exchange acquired insurance will be less desirable to providers from a financial point of view than people in orthodox plans. As the Los Angeles Times explains:

“People who want UCLA Medical Center and its doctors in their health plan network next year, for instance, may have only one choice in California’s exchange: Anthem Blue Cross. Another major insurer in the state-run market, Blue Shield of California, said its exchange customers will be restricted to 36% of its regular physician network statewide.

“And Cedars-Sinai Medical Center, one of Southern California’s most prestigious and expensive hospitals, said it’s not included in any exchange plans at the moment.”

“Massachusetts has had essentially this system since 2006; as a result, nearly all residents have health insurance, and the program remains very popular. So we know that Obamacare — or as some of us call it, ObamaRomneyCare — can work.”

But what has really happened in the Bay state? Insurance sold in the Massachusetts exchange pays doctors and hospitals only about 10% more than what Medicaid pays.And for reasons that are not entirely clear, doctors are less willing to see the newly insured (with exchange subsidies) than Medicaid patients.

The Massachusetts reformers believed that once everyone was insured, patients would go to the doctor’s office for primary care, rather than to the hospital emergency room. But in expanding the demand for care, they (just like Obamacare) did nothing about supply. The newly insured can’t go to doctors’ offices for their primary care if there aren’t any more doctors’ offices.

Here is what is happening on the ground. Traffic to hospital emergency rooms in Massachusetts is higher today than before health reform. Traffic to community health centers is almost one-third higher than it was before reform. Yet the time it takes to get care is growing. The wait to see a new doctor in Boston today is two months — the longest wait in the entire country.

On balance, the only thing that seems to have changed in Massachusetts is that patients are waiting longer. They are going to the same places to get care that they went to before. They are getting the same care from the same providers. In the process, more money is being moved around. A lot more money.

Let’s return to the subject of California premiums. Krugman links to a Johnathan CohnNew Republic column claiming that premiums on the newly created health insurance exchange will actually be lower that they are today. Yet this assertion is based on comparing premiums in today’s small group market with expected individual premiums on the health insurance exchanges. That’s not the right comparison.

With health reform, California premiums will be higher than they are today, but the sticker shock will not be as severe as in other states. The reason: California already has unisex rate requirements. As a result the age differential for males (60-year-old versus 20-year-old) is already close to the 3-to-1 band required by Obamacare. In states without unisex regulation, the age differential would be 6 to 1.

Still, middle-class families in California should brace themselves. The surprises in Obamacare are going to be just as arbitrary and unfair on the West Coast as they will be in the rest of the country.