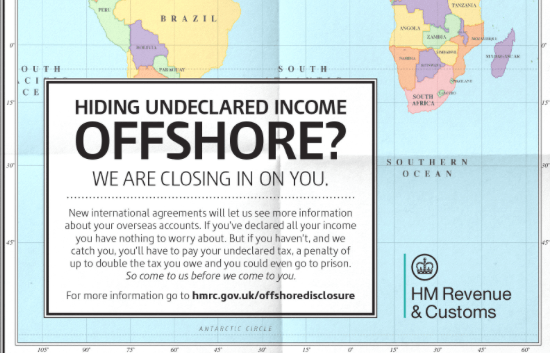 That’s what the headlines should have proclaimed. But they didn’t.

Instead, when announcing the theft of more than 11.5 million records from Panamanian law firm Mossack Fonseca, the mainstream media once again equated “offshore” with “tax evasion,” “money laundering,” and other criminal behavior.

Here are a few headlines describing the release of the so-called “Panama Papers”:

And there are comments like this one, from economist Gabriel Zucman: “These findings show how deeply ingrained harmful practices and criminality are in the offshore world.”

I’m sure you get the idea.

Except the stolen documents reveal very little actual criminality. If you read past the headlines, you’ll see statements like these:

Indeed, according to the International Consortium of Investigative Journalists (ICIJ), which coordinated the review of the leaked documents, more than 214,000 offshore entities appear in the leak. Yet only a handful of them are tied to any wrongdoing.

It turns out that senior politicians in many countries use offshore companies to shield their assets. That’s slightly embarrassing, especially if those same politicians have railed against all things offshore. But there’s little evidence these efforts broke any laws. For instance, the leaked records show British Prime Minster David Cameron received tax-free income from an offshore investment set up by his father. But the profits he made were subject to UK tax, and there’s zero evidence he failed to pay it.

Evidence in the leaked documents also suggests cronies of Russian President Vladimir Putin used Mossack Fonseca to set up a network of offshore companies. And that the family of Chinese strongman Xi Jinping did the same. But it’s far from clear if Putin, Jinping, or other politicians with offshore companies actually did anything illegal.

Yes, there are hints of criminal activity, such as the suggestion that Mossack Fonseca facilitated efforts to circumvent economic sanctions imposed by the US against 33 blacklisted individuals. There are also some titillating details in the analysis of the 214,000 offshore entities, such as the revelation that a US businessman convicted of traveling to Russia to have sex with minors also had an offshore company. That company had nothing to do with his activities in Russia.

Indeed, as the ICIJ grudgingly admits, there are perfectly valid reasons to use offshore companies and trusts. Here are a few of them:

The bottom line is it’s perfectly legal to invest and do business internationally, and in many cases, an offshore company or trust can make it easier and more efficient to do so.

It’s also quite clear that the vast majority of individuals and companies dealing offshore aren’t violating any law. Remember that the next time you see a headline equating “offshore” with tax evasion, money laundering, and other criminal activity.