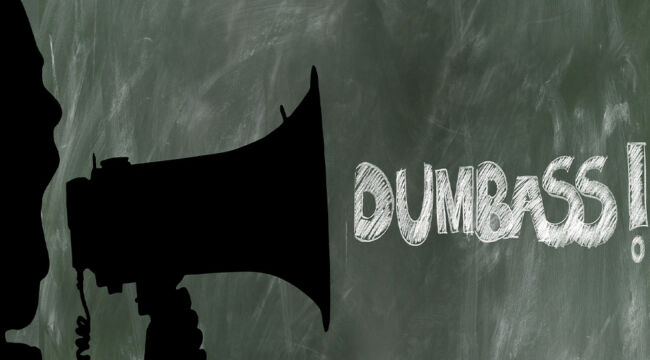 When I wrote the book The Long Emergency nearly 20 years ago, I never thought that, once it got going, our government would work so hard to make it worse. My theory then was just that government would become increasingly bloated, ineffectual, impotent and uncomprehending of the forces converging to undermine our advanced techno-industrial societies.

What I didn’t imagine was that government would bring such ostentatious stupidity to all that.

Obviously, there was some recognition that ominous changes were coming down. Otherwise, we wouldn’t have heard so much chatter about alt energy, “sustainable growth,” “green” this-and-that.

But the chatter was more symptomatic of wishful thinking for at least a couple of reasons:

1) Mostly it ignored the laws of physics, despite the fact that so many people involved in enterprises such as wind and solar energy were science-and-tech mavens; and…

2) There was a dumb assumption that the general shape and scale of daily life would remain as it had been — in other words, that we could still run suburbia, the giant cities, Disney World, Walmart, the U.S. military and the Interstate Highway System just the way they were already set up, only by other means than oil and gas.

Now we’re finding out the hard way how much daily life must change, and is changing and how disorderly that process is in every way from the imperative personal adjustments to our spiritual attitudes about them.

God Is a Prankster

As with so many things in history, this disorder expresses itself strangely, even prankishly, as if God were a practical joker.

Who would’ve imagined that our politics would become so deranged? That there would be battles over teaching sex in the fifth-grade? That the CDC would keep pushing vaccines that obviously don’t work (and that so many people would still take them)? That stealing stuff under a thousand dollars in value wouldn’t merit prosecution?

That riots featuring arson and looting are “mostly peaceful?” That we’d send $50-billion halfway around the world to defend the borders of another country while ignoring the defense of our own borders? That financially beset Americans would spend their dwindling spare cash on… tattoos?

Notice that all of these strange behaviors have really nothing to do with making practical adjustments to the way we live. The collective psychology of all this is bizarre. Of course, mass formation psychosis accounts for a lot of it.

Groups of people under duress, suffering from loneliness, purposelessness, helplessness, and anxiety will fall into coordinated thought-and-action if presented with some object or someone to fixate their ill feelings upon.

Donald Trump was such an object. He galvanized about half the country into an intoxicated fury aimed at destroying him. It actually managed to drive him off the scene via a fraud-laced election which many in-power (local officials, judges) deemed a means justifying the desired end. That success reinforced their mass formation psychosis.

Vaccines to the Rescue

Alas, having succeeded against Mr. Trump, they were left without a galvanizing object to focus on. So, they adopted one of the devices of Trump-riddance, Covid-19, as the next object of all their distress and anxiety, adopting the mRNA vaccinations as their next savior du jour.

Unfortunately, the vaccination scheme has gone very much awry, and now millions face a future with damaged immune systems. The horror of that is too awful to comprehend, especially by government, which caused the problem in the first place and can’t possibly admit it without demolishing its legitimacy… so it presses on stupidly and heinously with the vaccine program.

Already all-causes deaths are substantially up, and in time the recognition of how-and-why this happened will reach a point of criticality.

It will be too obvious to ignore. But by that time (probably not far away), the economy will be so wrecked, the people of America so deranged, and our circumstances so desperate, that the government will resort to a supremely stupid act of national suicide, say, starting a nuclear war.

The government under “Joe Biden” seems perfectly disposed to that possible outcome. Which brings us to the spiritual part of the story: those unused to consorting with alleged “higher powers” might consider getting used to prayer.

Lately, a new derangement is overtaking Western Civ, for the excellent reason that Western Civ gave birth to techno industrial societies and is now first to undergo the alarming demise of that system.

I speak of the World Economic Forum (under one Klaus Schwab) and its stated ambition to Build Back Better — based on its unstated premise that the current system must be nudged to its death sooner rather than later, and on-purpose.

All the governments of Western Civ nations seem coordinated on this.

But it’s not going to happen as Mr. Schwab and his followers hoped, for at least a couple of reasons. First, as already stated, God is a prankster and likes to throw knuckleballs at the human race.

Anyway, the “better” that Mr. Schwab expects is an ultra-techno-industrial “trans-human” scheme that is unlikely to come about if the support system of the older techno-industrial system is no longer available to support it.

As currently conceived, BBB depends on electric power, and that is one of the major sub-systems of our system that already looks like it’s going janky.

Maybe the Amish Have It Right

You get the idea, I’m sure, so I’ll cut to the chase for now. About a year ago I had my French easel set up on a country road nearby and was busy painting a motif at-hand when along came a horse-drawn wagon filled with four men in severe black-and-white clothing, wearing beards.

They were apparently a bit surprised by the strange sight of me painting a picture and they stopped to chat. They were Amish and had lately moved to the county from down in Pennsylvania, which was running out of farmland for their fruitful people.

Not a half-hour later a second horse-drawn wagon passed by. I admit, the incident gave me a thrill — not just the sensory pleasure of the horses’ ripe animal smell, and the gentle rhythm of their clip-clopping along.

But since I had lately been writing a bunch of novels about life in a post-economic collapse town like my own (the World Made by Hand series), I enjoyed the strange delight of being transported briefly into a scene of my own imagining — the prequel of my own books.

Many more Amish are landing in the county these days. I hear they go around to the failing or inactive farms with bundles of cash and make an offer, just like that. Evidently the method works.

It’s given me a business idea: to start an Amish skills school, buy a few acres with a barn and hire some Amish men to teach all us non-Amish how to do a few things that might be good to know in the years ahead, like how to harness horses to a cart or a mule to a plow. (The Amish like to make a bit of cash-money when they can.) That’s my idea of how to build back better.

What do you think?