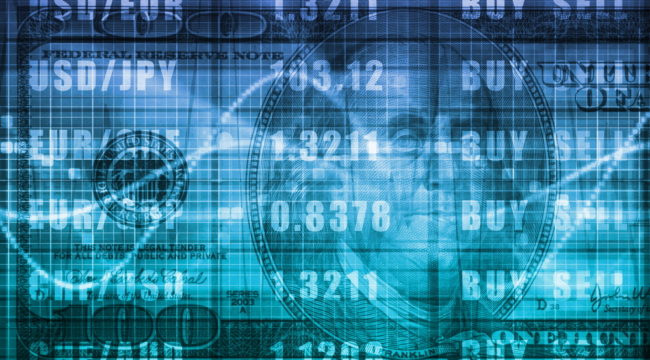 Just 12 days before the great financial quake… the quake that nearly brought down the very walls of Jericho.

225 miles to the south of the epicenter… Treasury Secretary Hank Paulson and Federal Reserve Chairman Ben Bernanke meet secretly with members of Congress.

“These meetings were so sensitive,” says Peter Schweizer, former fellow at Stanford’s Hoover Institution, “they would actually confiscate cellphones and BlackBerrys going into those meetings.”

Paulson and Bernanke gushed sweat from their trembling domes… blood pounded in their temples… their brows furrowed with apocalyptic thought.

For they know the earth beneath was about to give way.

And they were warning key congressional leadership that the great financial earthquake could strike within days.

Terror seized the secret chamber… and the congressional kingpins took to panicked flight.

Shortly thereafter they withdrew their money from the stock market… just before the quake struck.

Also in attendance that day was Rep. Spencer Bachus (R-AL), then ranking Republican on the House Financial Services Committee. And he emerged a trading genius.

What we know is that those meetings were held one day and literally the next day Congressman Bachus would engage in buying stock options based on apocalyptic briefings he had the day before from the Fed chairman and Treasury secretary. I mean, talk about a stock tip.

We could have used that stock tip. But it never blew this way, alas.

We suspect it didn’t blow your way, either.

But perhaps it’s for the best — insider trading is illegal.

At the time these insider trading laws didn’t apply to congressmen and senior government grandees.

Theirs was a caste apart.

The people who make the rules are the political class in Washington and they’ve conveniently written them in such a way that they don’t apply to themselves.

That drew howls of protest once the insider trading surfaced — and if you’ll allow us this one indulgence — justly so.

So Congress passed the Stop Trading on Congressional Knowledge (STOCK) Act in 2012… if only for appearance.

It states that Congress would thenceforth be no longer “exempt from the insider trading prohibitions arising under the securities laws, including the Securities Exchange Act of 1934.”

But if you believe the STOCK Act actually meets its high and noble purpose, perhaps you’d like to hear about some oceanfront property in Tumbleweed, Arizona?

Of course, insider trading is not limited to government officials, and not by a long chalk…

In 2014, two professors — one from New York University’s Stern School of Business, the other from Montreal’s McGill University — launched a study…

They ransacked hundreds and hundreds of market transactions between 1996 and 2012.

A quarter of all public company deals may involve some kind of insider trading.

They were so confident in their conclusions… they determined the odds of it arising from chance alone were “about three in a trillion.”

Three… in a trillion.

When asked if insider trading still happens on Wall Street, his response chases all doubt: One thousand percent.

That’s even more than a sure thing.