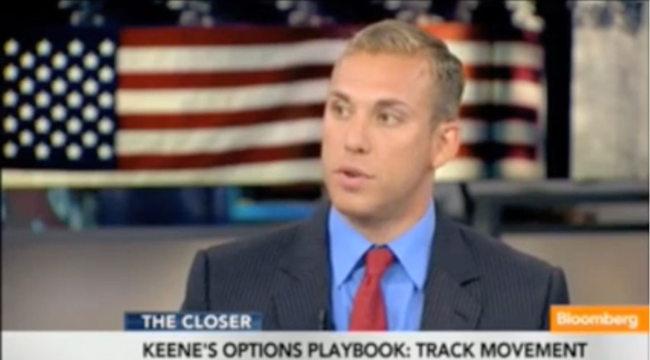 The One Shark You Shouldn’t Fear

The Daily Reckoning finds itself embarrassed for riches…

Here we speak of Andrew Keene, president and CEO of AlphaShark Trading.

“I’ve always said that everyone in this world has at least one thing they’re good at,” begins Andrew.

“Fortunately,” he adds, “I found mine early in my career: It turned out to be trading.”

Andrew now turns this talent loose in your service.

Fine and well, you say.

In finance, “alpha” is the active return on an investment.

Andrew has a reputation for sniffing “blood in the water” — opportunity — long before his competitors.

Once this frozen-blooded assassin has the scent, he rounds into action… and fetches himself a fish.

The thrill of the hunt is in him:

I love to trade — the rush, the thrill of winning — but more than that, I love the competition of being better than someone else.

Andrew began his career in a shark tank known otherwise as the trading pits of the Chicago Board Options Exchange.

The competition was barbarous.

But Andrew’s fellow traders soon recognized him as “the fastest trader in the pit” and a “big “size” trader.”

But Andrew also acquired a reputation as a trader “who was always honest and would never back out of a trade.”

Some believe no one can assume the title “trader” until bankruptcy threatens at least once in his career.

If this be the case, Andrew has earned his title well…

Andrew Keene needed a rest… to nurse his wounds… and recover.

He winged off to a Buddhist monastery in Thailand.

There he taught English… and contemplated his future.

Would he return to trading… or pursue another line less stressful?

The answer soon struck him as lightning might strike a man… 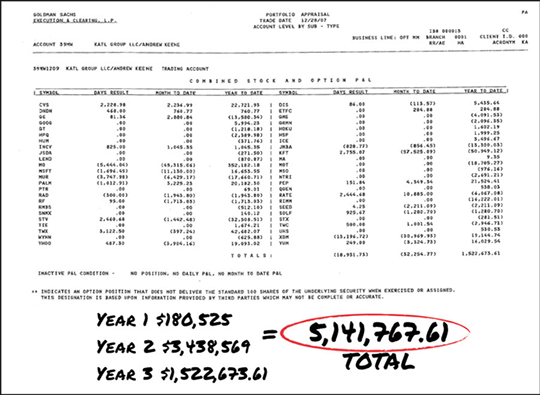 In 2013, he wrote his blockbusting trading bible — Keene on the Market.

During my career I have traded… 50 million shares of stock and made over $7 million. None of this trading was ever done on a firm’s position or firm’s account; all the trades have been from my own account and at my own risk [as Andrew’s dalliance with bankruptcy attests].

Andrew has since traded millions of additional shares and made additional millions — from his own account and at his own risk.

In 2015, Andrew became a regular guest on CNBC’s Trading Nation.

He has likewise become a regular commentator on Bloomberg TV and Fox Business.

Nowadays, Andrew finds himself in the role of teacher… and over 50,000 students have gotten light from him.

“Andrew is brilliant,” he adds.

“I’m averaging $3–5K a trade,” says another. “I hope to use the profits to enjoy life and retire soon.”

Yet another student gushes, “I have been following Andrew for about six months and have learned and made more in those six months than in the last 15 years on my own.”

We are confident Andrew’s strategies can also lead you to the rich hunting grounds he’s led these folks and others.

Thus we are pleased to haul this shark aboard today.

Now, boring old “buy and hold” has never been a strategy of this constantly moving predator.

But that has changed of late — slightly.

What is it… and what changed his mind?