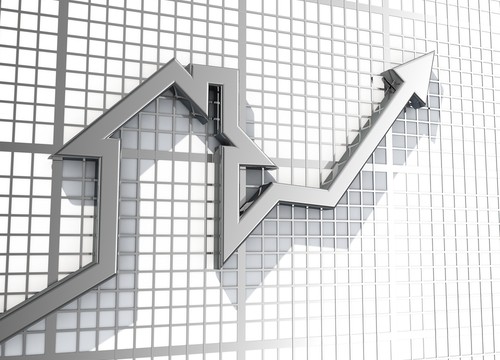 I just locked down a 2.875% interest rate, fixed for the 15-year term of the mortgage. No points. With rates like these, I find myself rethinking the idea that I want to pay off my mortgage.

I can do a lot better than 2.875% investing the money. If I just sock it away in gold, I bet I’ll come out way ahead. Finding investments that clear such a low hurdle is not that difficult. This is true especially in commercial real estate, where you can use modest leverage and lock up tenants in long-term leases. You make money on the difference.

Right now is a great time to do this, if looked at from a historical perspective. The 10-year Treasury rate is 1.64% as I write. That is what investors are willing to accept to lend money to the US Treasury for a 10-year term. It seems absolutely crazy. But the Treasury rate we see is something of a forced smile.

The US Federal Reserve, as you know, pledges to keep rates low. So interest rates — probably the most important prices in the whole constellation of prices — are essentially the victim of price fixing. This will have sickening consequences down the road for the US economy, the stock market, the US dollar and more. But for now, it is a license to print money by borrowing cheaply and investing in property.

To see why, you have to understand that Treasury rates are the platforms on which borrowing rates stand. I was a banker before I started writing newsletters. I remember following the “Treasury curve” (all the Treasury rates for different terms) with great interest because we priced our loans off Treasury rates. So if I were in banking today, I might quote a rate of 250 basis points over the 10-year Treasury rate. That would be 1.64% plus 2.50%, for a rate of 4.14%. The rate would change as the Treasury rate changed, or until locked in.

So that’s why Treasury rates are so important. Now let’s look at cap rates.

A cap rate is a real estate term you should know. It’s easy and intuitive to understand. It is basically the return you earn as an owner in the property. So if you buy a building for a million bucks and it generates $100,000 in profits for you after expenses, then the property has a 10% cap rate. (The $100,000 divided by your $1 million purchase price.)

The cap rates available in the real estate world are attractive when viewed against the 10-year Treasury yield. A wider spread between the two means you can earn a wider profit margin. As you can see in the nearby chart, the post-2008 spread is the widest it’s been since the great 2002 bottom.

From 2002, the NAREIT Index — composed of real estate investment trusts, or REITs —earned nearly a threefold total return over the next five years. That’s pretty good. And I think the odds favor you this time around as well.

There are differences, of course, and I don’t expect an exact replay. In 2002, the NAREIT Index yielded 7%, versus just 4% today. But the spread is more important than the raw yield. And the spread we have today is wide — if only artificially because of the actions of the Fed.

So I think this idea — as with almost all investment ideas — has a time window. When the low interest rate party starts to get into the wee hours and the barmen look ready to make a last call, we’ll have to diligently step for the exit to beat the rush. That won’t happen until at least 2014.

Another caveat to my bullish real estate call is that you have to be a little picky. Not everything is cheap. Already, some of the best properties in the biggest cities are at full price. You get much better value if you look at secondary cities.

As I’ve noted before, the opportunity in real estate is especially attractive because there is still a lot of debt coming due. Including 2012, and through 2016, there is $1.7 trillion in commercial real estate debt coming due. (In Europe, there is nearly trillion dollars of debt maturing in just the next three years.) Borrowers will have to refinance that pile. They will likely have to put cash in the deal — or sell. The latter creates great opportunities for buyers of real estate.

I’ll just give you an example. One of the companies I recommended to the subscribers of Capital & Crisis recently closed a $200 million two-year loan with an interest rate of 1.91%. This company could apply that money toward a project with a 12-13% cap rate. Clearly, the potential value-creation story here is simply tremendous.

Many other real estate companies have similar opportunities to deploy cash with a modest dollop of low-cost debt to go value hunting in real estate. In the process, they will create extraordinary returns, safely, for their shareholders.

My own 2.875% mortgage reminded me of the advantages afforded those with good credit and their ability to borrow at super-attractive rates. The same is true in the corporate world. Now is the best time to use these advantages in real estate since 2002.