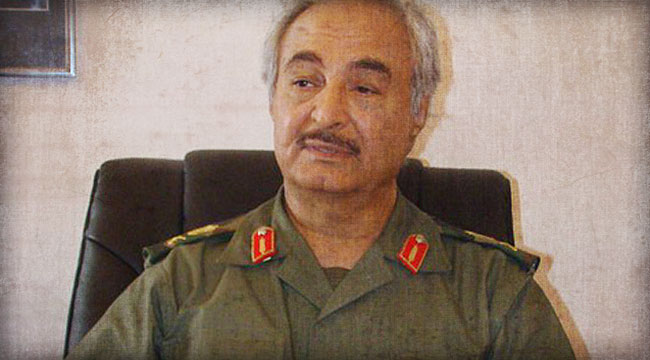 One Name That Will Greatly Affect Summer Oil Prices

Hmmm… As we write, the day is young, but we’re already anticipating an exercise in Orwellian “Newspeak” coming from Washington soon… 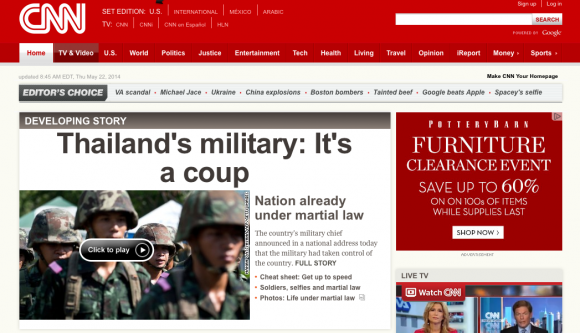 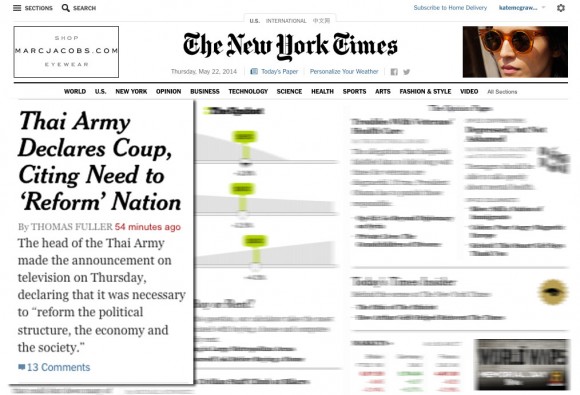 You and I and even The New York Times would call it a coup. But not the U.S government. That’s because the Pentagon has deep ties with the Thai military. Under U.S. law, labeling the event a coup would require suspending U.S. aid. Can’t have that.

Last year, the White House said straight up it was “not in the best interests” of the U.S. government to notice a coup had taken place in Egypt. So there.

Ditto in Libya — where an attempted coup has been going down all week.

“Coup” might indeed be too strong a word in this case. It presumes the existence of a functioning nation-state that can be overthrown in the first place. That hasn’t existed since the White House decided to take out Col. Gaddafi in March 2011.

When she was still secretary of state, Hillary Clinton justified that decision by saying, “First the Tunisians kicked out Ben Ali, then the Egyptians removed Mubarak. All our bought-and-paid-for dictators were dropping like flies, and we were starting to look like the bad guys in the Arab Spring. We had to do something to change perceptions.”

OK, those weren’t her actual words. But the implication was clear when she said, “Fundamentally, there is a right side of history. We want to be on it.”

Fast-forward to the present and a “rogue general” named Khalifa Hifter has carried out attacks in Tripoli and Benghazi, taking control of the parliament building on Sunday.

He was once one of Gaddafi’s top officers until he switched to the opposition in the late 1980s. In the early ’90s, he moved to Virginia — practically within spitting distance of CIA headquarters in Langley. A self-described lifelong friend told McClatchy Newspapers he wasn’t sure how Hifter supported himself.

Once the operation to remove Gaddafi was underway in 2011, Hifter returned to Libya — declaring himself one of the rebel leaders. The rebels have been fighting among themselves ever since.

Officially, “we do not condone or support” Hifter, said a State Department flunky on Monday. 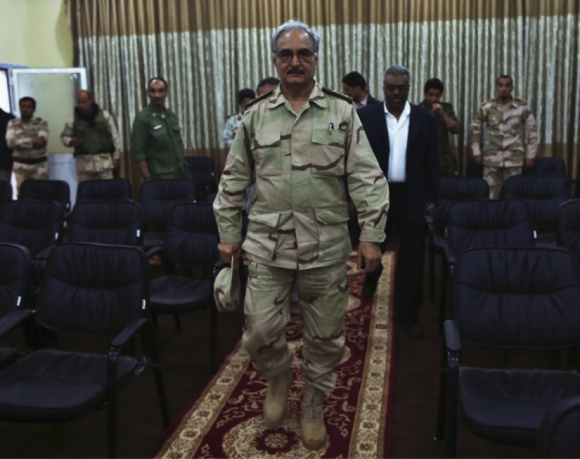 Did he wipe his feet before stepping on that nice rug?

The Pentagon dispatched 250 Marines to Sicily even before Hifter’s forces took over the parliament building last weekend — ostensibly in case the U.S. Embassy needs to be evacuated.

“At current rates, Libya is exporting 220,000 barrels of oil per day,” says Matt Insley of Real Wealth Trader, bringing us around to the investment implications.

That number is one-fifth of Libya’s total export capacity of 1.2 million barrels per day. Fortunately, the wells and the pipelines remain mostly intact.

For now anyway. “If things go bad (and let’s be honest, it looks like we’re headed that way), exports could grind to a complete halt and oil infrastructure could be completely wiped out,” says Matt.

“It takes only a few rocket-propelled grenades or improvised explosives to wipe out millions of dollars of oil infrastructure — processing plants, loading facilities, pipelines, etc. And those things don’t get built overnight.

“The market looks to be pricing in a long-term conflict and potential total loss of Libyan crude oil. That’s why we’re seeing stubbornly high prices — currently perched at $103.”

“And it’s not just Libyan oil disruptions having an effect on the market,” Matt reminds us…

“When you add in Iraq, Iran and Nigeria,” says Matt, “we’re looking at 3 million barrels per day in ‘disrupted’ oil production. That’s a lot of oil off the world market.”

Meanwhile in OPEC’s leading producer Saudi Arabia, the princes are engaged in a power struggle. King Abdullah turns 90 this year. He might not have one foot in the grave… but a banana peel was recently seen in his immediate vicinity.

“You probably know where I’m going with this,” says Matt.

“It is a godsend that while havoc slowly rises in the Middle East, the U.S. has seen massive production growth to the tune of some 3 million barrels per day, helping to ameliorate any global oil pinch due to Middle East disruptions.”

And if Saudi Arabia blows up too? “That would be much to the dismay of oil buyers the world over, but much to the delight of well-run U.S. oil producers.”

Ed. note: No matter what happens in the Middle East, Matt has a bead on how to tap America’s newfound oil bounty for seemingly instant riches. Using his proven method, a starting stake of less than $1,000 can be transformed into a million-dollar fortune in less time than you can imagine. It’s a once-in-a-century opportunity, Matt says… but it won’t last forever. That’s way we gave readers of The 5 Min. Forecast a unique chance to take full advantage of Matt’s research on the current oil boom and all of the incredible profits that come with it. If you’re interested in gaining exclusive access to this and other once-in-a-lifetime profit opportunities, click here right now.