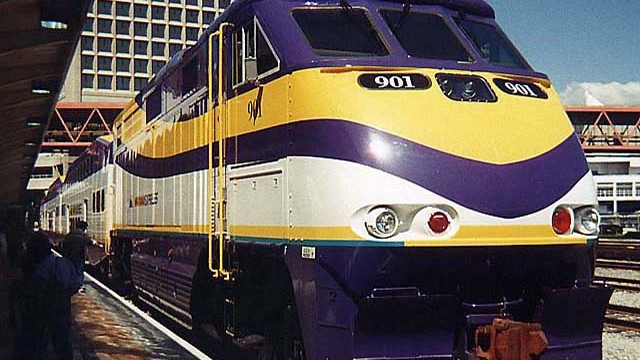 Onboard the TransCanada Railroad

Onboard the TransCanada – “Have you people ever run a train before?”

The book we were later given on the train explained that the VIA Rail Canada – Canada’s passenger rail system – was inspired by Amtrak in the U.S.

This is a little like getting on a cruise line that said it drew inspiration from the Titanic.

By then we hardly needed any explanation. Our tickets said we were to be in Prestige Class for the journey from Toronto to Vancouver.

But there was nothing prestigious about the way we were handled.

After waiting 10 hours to board, we were invited to drag our bags along a quarter mile of platform to get to the prestige car.

By the time we got there, we expected to be asked to bend over so the staff could whack us with a board.

The train – scheduled to leave at 10 p.m.on Saturday night – did not push off until 9 a.m. the following day. We had gotten a call advising us get to the station “no later than 6 p.m.” so we wouldn’t miss it!

We fulfilled our part of the deal. Alas, the Canuck Amtrak failed. Rescheduled for 7 a.m., it was then rescheduled again for 7:30 a.m… and then 8 a.m…

“The train got in late to the station. Then we had to wait to find a new engineer,” was the word we got when we asked about it.

“People have been running trains for a long time,” we began a lecture.

“There is nothing unpredictable about it. A train is a big object. You should know where it is. Then it’s a simple matter to compute when it will arrive. You know – distance divided by speed…”

We felt an elbow. It was Elizabeth telling us to knock it off.

Tempted to feel sorry for ourselves, instead we said a prayer for the poor economy-class travelers. They would probably be chained to their seats and whipped with barbed wire.

But now we are rolling along. Too bad about the Wi-Fi – it doesn’t work. Nor does the mini-fridge. And the train has been backing up as much as it has been going forward.

But, heck, the staff are friendly… and the scenery is magnificent.

Word comes this morning that Greek banks have reopened.

Bank customers have been separated from their money for three weeks. Even now, they are allowed only brief conjugal visits. They may take out only up to €420 ($456) a week.

The Greek stock market has reopened, too. But without Wi-Fi, we have not been able to get an update.

Greek stocks, as you might imagine, have gotten beaten harder than a traveler on the Canadian train system.

They are down as much as 95% from their 2007 high. The average stock listed in Athens sells for a little more than two times earnings. Many sell for barely a single year’s cash flow.

It’s not for us to know at what price Greek stocks should trade. But the Greeks have been around a long time. They’re probably not going away. And neither are the companies headquartered there.

And some of the biggest payoffs in the investment world have come from putting money into places no one else wanted to go.

It’s the beaten down, despised, sad sack of a market that has the greatest potential: It has nowhere to go but up.

Every dollar invested, in other words, would be worth more than $11,000.

But the drama isn’t over in Greece.

Poor Alexis Tsipras is stuck. On the one side is the hard place: Many in his coalition government are refusing to go along with the deal he just made. Heads are rolling as a result.

On the other side are the rocks of Northern Europe – especially Germany. And they are proving treacherous, too.

It is amazing how much nonsense is published on the subject. The mainstream press has turned it into a simpleton’s version of the kids’ movie A Bug’s Life – a struggle between Greek grasshoppers and German ants.

Readers are expected to take sides – either for the poor Greeks or against them. Most economists – most prominently Paul Krugman and Thomas Piketty – weigh in on the side of the Greeks.

They urge Germany to give the grasshoppers a break – more time… more money… and more rope.

They believe Northern European “austerity” has doomed the Greek economy to and endless depression.

And lending more money to people who already owe more than they can ever hope to repay is never going to help an ailing economy.

P.S. I originally posted this article at The Dairy of a Rogue Economist, right here.