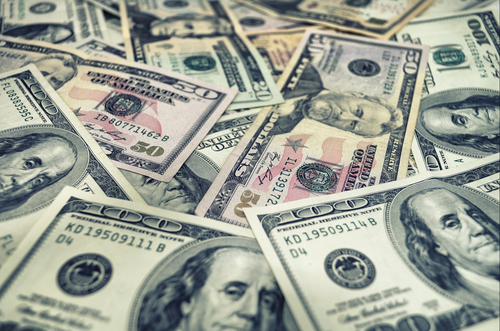 On the Eve of Money Revolt

The breakout headliner issue in 1978 was “Tax Revolt.” A Time Magazine cover showed Howard Jarvis shaking his fist under that headline. Proposition 13 time. Then? The Tax Revolt went, as we would now say, viral. Citizen discontent — and political activism — against high tax rates turned into a national, and then international, phenomenon. The revolt was a major factor in toppling President Carter. It led the U.S. top income tax rate to collapse from 70% to 28%. Then, rates worldwide cascaded down and global prosperity rapidly soared. Will the 21st century equivalent be a “Money Revolt”?

A recent, striking, piece in the FT Magazine, “Is the dollar as good as gold?”, commented sympathetically on the recent near-passage of a gold commission bill by the Virginia legislature. Columnist Gillian Tett quotes Prof. Alan Blinder about the “inchoate rage” Americans are feeling about, specifically, a “fickle” monetary policy.

The phrase “inchoate rage” also appeared in an August 16, 2011 FT piece, “The inchoate rage beneath our global cities” by Richard Florida, commenting on the late London riots:  “With the social compact eroding and a lack of viable mass political institutions to channel resentment, what comes out is not a coherent voice but inchoate rage.”

“Inchoate rage” precisely fits the description of the popular reaction posited by Keynes in The Economic Consequences of the Peace that derives from government debasement of the currency:

Lenin is said to have declared that the best way to destroy the capitalist system was to debauch the currency… By this method they not only confiscate, but they confiscate arbitrarily; and, while the process impoverishes many, it actually enriches some. The sight of this arbitrary rearrangement of riches strikes not only at security, but at confidence in the equity of the existing distribution of wealth. Those to whom the system brings windfalls, beyond their deserts and even beyond their expectations or desires, become ‘profiteers,’ who are the object of the hatred….

Lenin was certainly right. There is no subtler, no surer means of overturning the existing basis of society than to debauch the currency. The process engages all the hidden forces of economic law on the side of destruction, and does it in a manner which not one man in a million is able to diagnose.

Meanwhile, while the money degrades and the economy stagnates, Washington, characteristically myopic, is tussling over fiscal issues — fiscal cliffs, sequesters and continuing resolutions. Next up: Washington, as Mr. Magoo, bumping its head on the debt ceiling.

Voters are beginning to sense that there is an underlying, systemic, problem causing our economic stagnation. Washington’s revenue shortfall (and attendant Keynesian Cops-like Capers) is symptom, not disease. The voters are right. The fiscal anemia is symptomatic of lack of growth. The disease causing economic stagnation is bad money.

Few suspected that the Tax Revolt, which began as a protest of an onerous state property tax, would end with the cutting of the top tax rate in the U.S. from 70% to 28% (and, together with a then-healthy dollar, ensuing excellent growth). The revolt then went worldwide, with, among other notable destinations, adoption of a 13% rate flat tax by Russia (and ensuing excellent growth) and macroeconomic policy in China leading to three consecutive decades of double digit economic growth.

Pieced together, the signs and portents suggest that the growing “inchoate rage” is a reaction to a monetary disorder. And it appears we may be watching the reversal of the process by which that invasive species, fiduciary currency, invaded the economy’s ecology. This process was described, with typical flair, by Keynes in his 1923 Tract on Monetary Reform:

“In truth, the gold standard is already a barbarous relic. … A regulated non-metallic standard has slipped in unnoted. It exists. Whilst economists dozed, the academic dream of a hundred years, doffing its cap and gown, clad in paper rags, has crept into the real world by means of the bad fairies — always so much more potent than the good — the wicked ministers of finance.”

Key policy-relevant (albeit not academic) economists seem to be awaking from their century-long sleep, slipping out of their “paper rags,” escaping those “bad fairies” the “wicked ministers of finance.” There are signs — not the least of which being the introduction in the House of Representatives of the Sound Dollar Act, sponsored by JEC Chairman Kevin Brady and over 50 other Representatives, and, of potentially even greater impact, a bill to create a bipartisan national Monetary Commission introduced by Brady and cosponsored by a dozen other Representatives — that America is developing a determination to return to the monetary question with an empirical look at what has the best track record of creating jobs and, with jobs, an equitable prosperity.

Keynes, unlike many modern soi-dissant Keynesians, was pragmatically, not dogmatically, opposed to a gold standard. When he wrote the Tract the classical gold standard already had been fundamentally gutted by the Genoa Accord of 1922 and, yes indeed, thereby converted into a barbarous relic.

Not long before the Tract — near the very beginning of the Genoa Conference — Keynes had written in the Commercial Manchester Guardian, April 20, 1922, that “If the gold standard could be reintroduced… we all believe the reform would promote trade and production like nothing else.” This quote serves as epigram for the small modern classic The True Gold Standard, by Lewis E. Lehrman (with whose nonprofit Institute this columnist professionally is associated) which serves as the blueprint for the proponents of the classical gold standard.

Signs of respectful reconsideration of the gold standard are appearing in many greatly respected financial institutions, from the Bank of England, to the Bundesbank and Deutschebank, to Chinese monetary authorities, Russian officials, and the central bank of Poland. This trickle of new respect rapidly is turning into a river.

Many of the most esteemed venues in financial, political and mainstream journalism — The London FT, The Wall Street Journal, The New York Times, The National Interest, The Weekly Standard, CNBC, Forbes and its virtual wing, Forbes.com, among others –have reflected or reported a renewed respect for the classical gold standard. Finally there will be a meticulously neutral forum in which this conversation can be conducted and where policy can be assessed on its merits.

Most American officials myopically have been fixated on tax and spending policy while middle class prosperity is being torpedoed by a soggy, ad hoc, monetary policy. Bad monetary policy correlates closely, over a dozen years — under both Republican and Democratic administrations — with economic stagnation. Stagnation has resulted in tragically high unemployment and an astronomical federal deficit. The growing voter distress presents as an increasingly volatile political mix. It possesses striking similarities to the political conditions that led to the Tax Revolt.

When as level-headed and world-respected a columnist as the FT’s Gillian Tett writes about a “mystified and angry public” concern about bad money — and about the distress signals growing louder and louder from multiple state capitals — could America be on the verge of a “Money Revolt”? You bet it could. And, if so, thanks to the Centennial Monetary Commission, America may have a “viable mass political institution” ready to translate “inchoate rage” to a “coherent voice.”