Corporate profit margins are at all-time highs, too. What’s not to love? 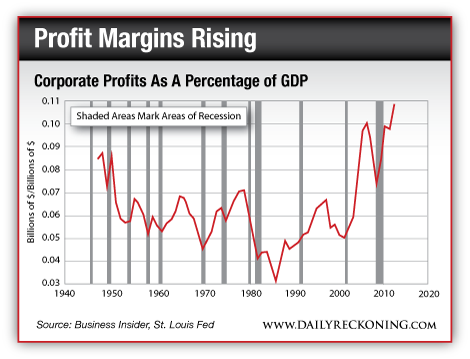 In today’s episode of the Daily Reckoning, we give you an opportunity to explore the soft underbelly of “the crackup boom” and if you’re so inclined, to do something about it.

“Some people are still saying that companies are suffering from ‘too much regulation’ and ‘too many taxes’.” The erstwhile tech stock promoter, Henry Blodget kicks us off. “Maybe little companies are, but big ones certainly aren’t. What they’re suffering from is a myopic obsession with short-term profits at the expense of long-term value creation.”

At the same time, “companies are paying employees less than they ever have as a share of GDP. Nor do they employ as many Americans as they used to.” 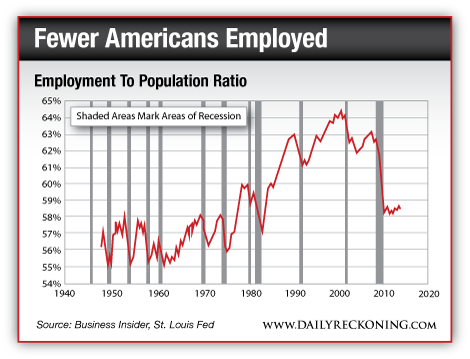 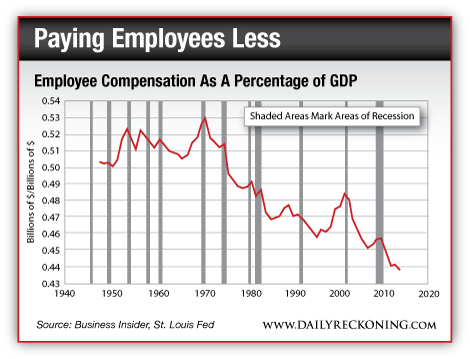 Blodget’s observations are likely true, but we suspect they’re merely symptoms of a greater disease.

Our friend Ralph Benko forwarded on a link this morning to a new documentary online.

After a cursory look at Breaking Inequality we’re confident the young filmmakers were inspired, at least in tone, by our own I.O.U.S.A.

As such, we took the liberty of grabbing screenshots of two charts featured in the doc.

One depicts the rising income disparity in the United States since 1970.

The second shows the amount of U.S. dollars in circulation since 1910. Note the Everest like increase beginning with the bank bailouts in 2009. 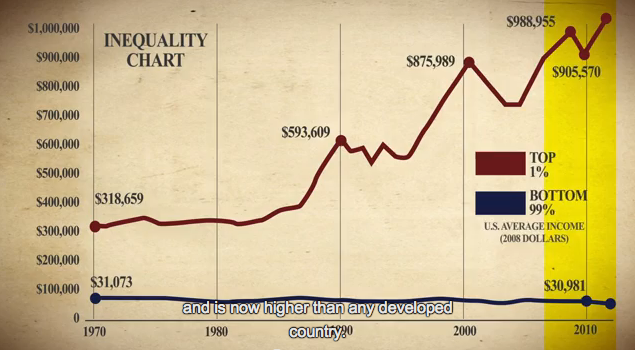 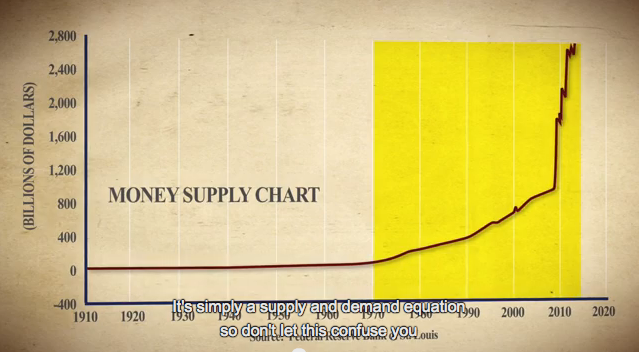 A crackup boom, we explained yesterday, is a financial boom that inspires euphoria on Wall Street… but shares little with the middle or working class. Nor does it inspire much confidence in the 1% of Occupy Wall Street ire.

”Inflation,” the economist Friedrich Hayek adds, “is probably the most important single factor in that vicious circle wherein one kind of government action makes more and more government control necessary.”

Despite having been invited to speak on the subject on our local NPR program repeatedly, we’ve never really been interested in the rising inequality inherent in boom times. But Hayek makes a good point.

“For this reason,” the Austrian continues “all those who wish to stop the drift toward increasing government control should concentrate their effort on monetary policy.”

The makers of Breaking Inequalityclaim they will present a petition with 10 or 20 million signatures to Congress in September of 2013 and force them by sheer will of the populace to restore the classical gold standard, thereby creating a level playing field for entrepreneurs, small business owners, bankers and politicians alike.