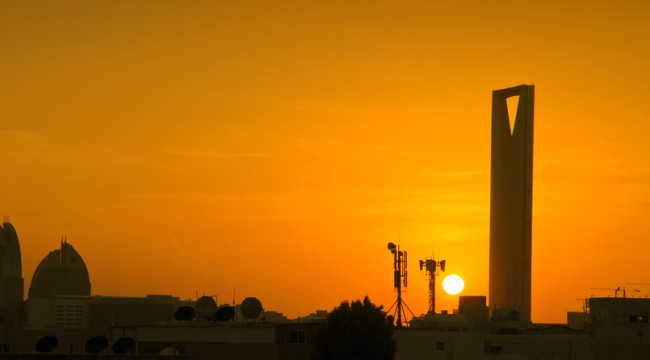 The Oil Market Has Hit Rock Bottom: What to Expect from the Nov. 27 OPEC Meeting

For the last three weeks, the princes of Saudi Arabia have been making waves…

On Thursday, Nov. 27, OPEC ministers convene in Vienna for their next big meeting.

“Over the past decade,” explains Matt Insley of our energy desk, “these jamborees are where the cartel gets together, smokes cigars and chokes the world’s supply of oil — to goose prices higher.”

Of course, so is Saudi Arabia: One of the 7,000 princes, Al-Waleed bin Talal, believes his family needs $90 oil; without it, there’s not enough government revenue rolling in to buy off the restless rubes who otherwise might revolt against the House of Saud.

“The Saudis are playing a calculated game,” says Matt.

“You see, if you want a bigger bargaining chip at the OPEC meeting, and you’re the Saudis, all you need to do is hold a lit match over the proverbial barrel of oil. (‘They’ll do it!’)

“By making strong, publicized moves in the days leading up to this meeting — saying they’ll unilaterally lower prices and increase production — the Saudis are doing nothing more than making their poker hand look better to the rest of the OPEC cartel.”

“By the time we see a result from the Nov. 27 OPEC meeting, the bottom will be in for the oil market. Heck, the bottom may already be in!”

Matt says oil’s 30% tumble in four months is rather modest if you think about it: “The U.S. is bursting with oil. A Republican-controlled Congress should further ramp up U.S. oil production. Emerging markets and Europe are struggling. And the biggest OPEC producer is threatening a price war with the world.

“All said, the market is dropping some pretty large hints that this Saudi action isn’t what it’s cracked up to be. With all of the bearish news listed above, the price of oil is still rather close to $80 a barrel. Meanwhile, shale producers that pulled back on the latest Saudi announcement are already starting to recover.

“This has all the markings of a bottom in the price of crude.”

P.S. While oil has swooned since June, a few lucky investors have been able to parlay the drop into big gains. And if oil is turning around, the potential gains are even bigger and faster… In today’s issue of The 5 Min. Forecast I gave readers a chance to discover these profit opportunities first hand. Don’t miss out on this or any other future opportunities. Click here and sign up for The 5 Min. Forecst today.

The next chapter in “401(k) confiscation” — as a top Trump adviser looks to nix 401(k) tax advantages and even worse… Imagine your 401(k) gains being taxed every year. Here’s Dave Gonigam with the full story…