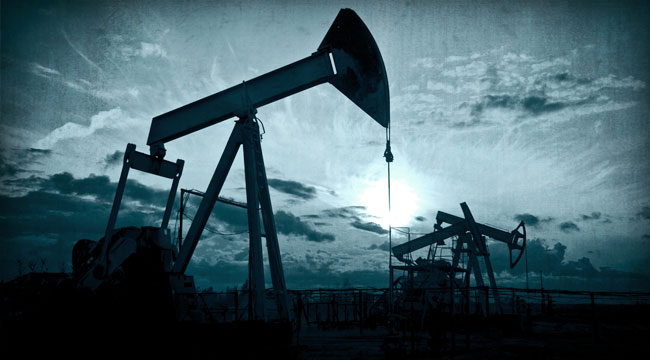 The Contagion of Energy Junk Bonds Spreads to Wall Street

Oil swooned again on Wednesday, with the benchmark West Texas Intermediate closing at $60.94. And on Thursday, WTI dropped below $60, currently trading at $59.18. It’s down 43% since June.

Hours later, the US Energy Information Administration reported that oil inventories in the US had risen by 1.5 million barrels in the latest week, while analysts had expected a decline of about 3 million barrels.

Goodrich Petroleum, in its desperation, announced it is exploring strategic options for its Eagle Ford Shale assets in the first half next year. It would also slash capital expenditures to less than $200 million for 2015, from $375 million for 2014. Liquidity for Goodrich is drying up. Its stock is down 88% since June.

“…investors are grappling with the real meaning of “junk.”

They all got hit. And in the junk-bond market, investors are grappling with the real meaning of “junk.”

Sabine Oil & Gas’ $350 million in junk bonds still traded above par in September before going into an epic collapse starting on November 25 that culminated on Wednesday, when they lost nearly a third of their remaining value to land at 49 cents on the dollar.

In early May, when the price of oil could still only rise, Sabine agreed to acquire troubled Forest Oil Corporation, now a penny stock. The deal is expected to close in December. But just before Thanksgiving, when no one in the US was supposed to pay attention, Sabine’s bonds began to collapse as it seeped out that Wells Fargo and Barclays could lose a big chunk of money on a $850-million “bridge loan” they’d issued to Sabine to help fund the merger.

A bridge loan to nowhere: investors interested in buying it have evaporated. The banks are either stuck with this thing, or they’ll have to take a huge loss selling it. Bankers have told the Financial Times that the loan might sell for 60 cents on the dollar. But that was back in November before the bottom fell out entirely.

As so many times in these deals, there is a private equity angle to the story: PE firm First Reserve owns nearly all of Sabine and leveraged it up to the hilt.

The same week, a $220-million bridge loan, put together by UBS and Goldman Sachs for PE firm Apollo Group’s acquisition of oilfield-services provider Express Energy, was supposed to be sold. But investors balked. As of December 2, the loan was still being marketed, “according to two people with knowledge of the deal,” Bloomberg reported. If it can be sold at all, it appears UBS and Goldman will end up with a loss.

And so energy-related leveraged loans are tanking. These ugly sisters of junk bonds are issued by junk-rated corporations, and they have everyone worried [Treasury Warns Congress (and Investors): This Financial Creature Could Sink the System]. Their yields have shot up from 5.1% in August to 7.4% in the latest week, and to nearly 8% for those of offshore drillers [“Yes, it Was a Brutal Week for the Oil & Gas Loan Sector”].

Six years of the Fed’s easy money policies purposefully forced even conservative investors to either lose money to inflation or venture way out on the risk curve. So they ventured out, many of them without knowing it because it happened out of view inside their bond funds. And they funded the fracking boom and the offshore drilling boom, and the entire oil revolution in America, no questions asked.

Energy junk bonds now account for a phenomenal 15.7% of the $1.3 trillion junk-bond market. Alas, last week, JPMorgan warned that up to 40% of these energy junk bonds could default over the next few years if oil stays below $65 a barrel. Bond expert Marty Fridson, CIO at LLF Advisors, figured that of the 180 “distressed” bonds in the BofA Merrill Lynch high-yield index, 52 were issued by energy companies. And Bloomberg reported that the yield spread between energy junk bonds and Treasuries has more than doubled since September to 942 basis points (9.42 percentage points).

The toxicity of energy junk bonds is spreading to the broader junk-bond market. The iShares iBoxx High Yield Corporate Bond ETF fell 1.2% to $88.43 on Thursday, the lowest since June 2012. And at the riskiest end of the junk-bond market, it’s getting ugly: the effective yield index for bonds rated CCC or lower jumped from 7.9% in late June to 11.4% on Wednesday.

“…many of them without knowing it because it happened out of view inside their bond funds.”

After not finding any visible yield in the classic spots, thanks to the Fed’s policies, institutional investors — the folks that run your mutual fund or pension fund — took big risks just to get a tiny bit of extra yield. And to grab a yield of 5% in June, they bought energy junk debt so risky that it now has lost a painfully large part of its value, and some of it might default.

Oil and gas are inseparable from Wall Street. Over the years, as companies took advantage of the Fed’s policies and issued this enormous amount of risky debt at a super-low cost, and as they raised money by spinning off subsidiaries into over-priced IPOs that flew off the shelf in one of the most inflated markets in history, and as they spun off other assets into white-hot MLPs, and as banks put now iffy bridge loans together, and as mergers and acquisitions were funded, at each step along the way, Wall Street extracted its fees.

Now the boom is turning into a bust, and the contagion is spreading from the oil patch to Wall Street. Energy companies are cutting back. BP, Chevron, Goodrich… They’re not cutting back production by turning a valve. They’ll keep the oil and gas flowing to generate cash to stay alive, and it will contribute to the glut.

Instead, they’re cutting back on exploration and drilling projects. It will hit local economies in the oil patch and ripple beyond them. As energy companies slash their capex and their stock buybacks, they’ll borrow less, those that can still borrow at all, and there won’t be many energy IPOs, and there may not be a lot of spinoffs into MLPs or any of the other financial maneuvers that Wall Street got so fat on during the fracking and offshore drilling boom. The fees will dry up. And some of the losses will come home to roost on bank balance sheets.

The contagion is already visible on Wall Street. Susquehanna Financial Group downgraded Goldman Sachs to neutral on Wednesday, citing the mayhem in the oil markets and the impact it has on junk bonds and leveraged loans and the other financial mechanism by which Goldman’s investment and lending divisions sucked fees out of the oil patch and its investors. And this is just the beginning.

But the contagion of junk debt isn’t limited to the oil patch and its backers. It’s already spreading beyond it.

P.S. Be sure to sign up for the Daily Reckoning — a free and entertaining look at the world of finance and politics from every possible angle. And while the articles you find here on our website represent our commitment to high quality commentary, they’re only a snippet of what you receive in the Daily Reckoning email edition. Click here now to sign up for FREE to see what you’re missing.