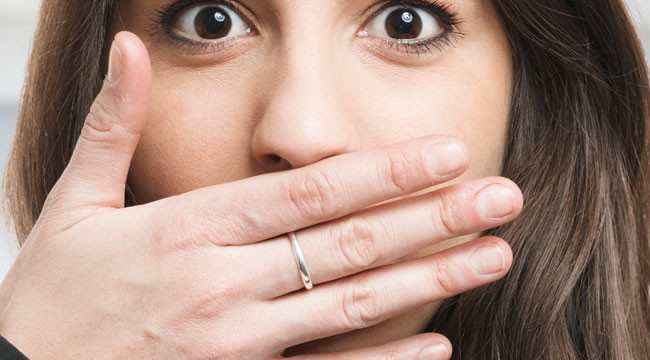 Off the Record: Insurers Refuse to Debate Obamacare

Here is something odd.

For the past six years, President Obama and the Democrats in Congress have waged a relentless attack on the health insurance industry. In the most recent iteration, the president assures us he is not responsible for the wave of health insurance policy cancellations. The insurance companies are.

OK, so where is the other side?

I don’t know any employee of any health insurance company that is willing to go on the record with any statement that is critical of the Affordable Care Act.

When is the last time you saw an insurance industry executive interviewed on a TV talk show presenting the industry’s answer to all these attacks? You can’t remember seeing that? I can’t either.

Well, what about the health insurance industry trade groups, the folks who are supposed to explain to Congress and the general public the industry’s position? When is the last time you saw one of those representatives on TV? Can’t remember? Nor can I.

OK, let’s try one more option. When is the last time you saw someone from a university or independent think tank giving the health insurance industry side of all the complaints that are being slung their way? Don’t bother responding. We both know that answer as well.

I submit that this is not a small matter.

A free society requires the free flow of information. In any public policy dispute, if only one side is heard from, we are likely to get further and further away from the truth. The attackers will find there is no penalty for getting minor facts wrong or shading the truth. That will embolden them to make more serious errors, eventually resorting to downright lying. If the only entity providing any push back is The Washington Post fact checker, we are in real trouble. Roughly 99.99% of the population doesn’t read The Washington Post.

But what threatens the foundations of a free society most of all is when it is the government (and its allies in the private sector) who are doing the attacking, and when the reason there is no response is that the victims of the attacks have been threatened and bullied into silence.

During the debate leading up to the passage of the Affordable Care Act, I talked to a number of CEOs of large health insurance companies. I frequently heard such comments as, “Don’t tell anyone I told you this,” or, “If you use this information, don’t mention my name,” and even, “Don’t tell anyone that we ever had this conversation.”

As far as I can tell, things have gotten worse. In fact, I don’t know any employee of any health insurance company that is willing to go on the record with any statement that is critical of the Affordable Care Act.

Now, it’s possible that my experience is unique. And I know that there are many readers who also interact with folks in the industry. So if I’m wrong about this, please correct me.

The result is unanswered charges that are getting more and more reckless. Within the past two weeks, for example, we have had the president himself, David Axelrod, Zeke Emanuel, and others all asserting —

(By the way, have you ever noticed how Republicans in public tend to speak their own mind and as a result all seem to say something different? That doesn’t happen to Democrats. When they go on TV, they are the epitome of the disciplined message. They all say the same thing, even using the very same words. Have those words been tested before focus groups prior to the Democrats even appearing before the cameras? I would bet so.)

Anyway, back to the most recent charge, which is that under the pre-Obama system, insurers canceled policies after people got sick. Really? So says the president. And Axelrod. And Emanuel.

Hmmm. I remember when one insurer got hit with one of the biggest judgments ever because the insurer would not approve a bone marrow transplant to treat breast cancer (a procedure we all now know doesn’t work). Are we supposed to believe that these same companies routinely cancel policies and refuse to pay medical bills just because someone gets sick?

Please, give us an example. I don’t believe you.

In the early 1980s (while there was still a Berlin Wall), I went through Checkpoint Charlie from West Berlin to East Berlin. On either side of the wall, there were the same people, with the same culture, same genes, etc. The only difference was a difference of political systems, and because of that difference, East Berlin was, of course, poorer.

After about an hour of touring, though, I sensed that there was some other difference, and it took me a while to pinpoint it. In East Berlin, no one smiled. No one laughed. No one joked. People looked at us and at each other with hesitation and even apprehension. Were we really tourists? Or might we be posing as tourists to report on their behavior?

If I could summarize everything in one word, it would be “fear.” The East Germans were afraid. You could see it in their eyes. And that was something you never saw in the West.

So why am I telling you about a 30-year-old experience? Because I sense that same feeling again — right here in the United States of America.

Ed. Note: Insurance companies were banking on millions of people purchasing health plans through the government’s exchanges. They factored in these new customers into the prices they offered. So now that millions of Americans get to remain on their current plans, you can expect things to get a lot worse. That’s why readers of today’s issue of Laissez Faire Today were given a chance to discover a special message from one savvy health care professional who’s found a way to protect himself. It’s an important note, and if you weren’t among those who viewed it, not to worry… The editors of Laissez Faire Today will likely be sharing it again in future issues. Don’t miss another opportunity to stay ahead of the curve no matter what happens with the future of U.S. health care. Sign up for the FREE Laissez Faire Today newsletter, right here.