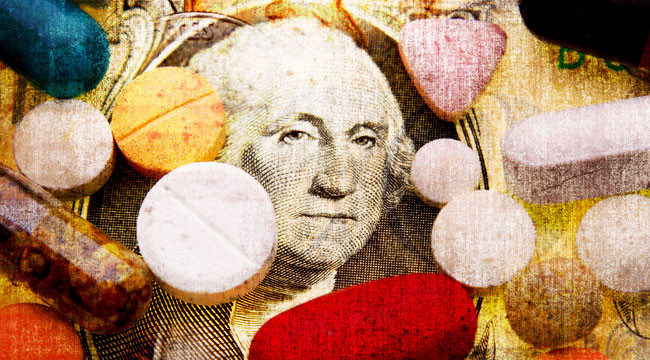 Remember when President Obama promised back in 2009 that his health care reform plan would cut insurance premiums for the average family by $2,500? Four years later, those promised cuts have morphed into admissions of price hikes.

Indeed, America’s health cost crisis shows no signs of stopping. And Obamacare will only make it worse by injecting more government into the health sector.

The latest data aren’t kind to Obamacare. According to a new study from Bank of America Merrill Lynch, 70 percent of chief financial officers cite health costs as their top concern, up from 51 percent last year, mainly because of what they expect Obamacare to do to costs.

Many smaller companies are contemplating dropping family coverage — and will instead offer benefits to workers only, thanks to the higher costs on the way because of Obamacare.

Georgia insurance commissioner Ralph Hudgens said that premiums for individuals in his state’s health insurance exchange could be 198 percent higher than what’s available there today. “Georgia consumers cannot afford these massive rate increases,” Hudgens wrote to Kathleen Sebelius, the Secretary of the federal Department of Health and Human Services.

Ohio estimates premiums will shoot up an average of 41 percent. Indiana officials say theirs will climb 72 percent.

Obamacare’s defenders cite the recent slowdown in the growth of health spending as proof that the law is working as promised. In 2011, national healthcare spending climbed 3.9 percent, the same as the year before. That was the slowest increase since the 1960s. Premiums for employer-provided insurance went up 4 percent last year — moderate by historical standards, according to the Kaiser Family Foundation.

But it’s hard for the Obama Administration to take credit for these decreased rates of growth given that the bulk of Obamacare — including the law’s cornerstones, the employer and individual mandates — hasn’t yet taken effect.

One key factor moderating the growth of health costs is the recent recession. As thousands of Americans lost their jobs, they also lost their health insurance. And when they did so, they slowed their consumption of health care. Indeed, according to the Kaiser Family Foundation, “about three-quarters (77%) of the recent decline in health spending growth can be explained by changes in the broader economy.”

Another contributor to the slow growth of health costs is a trend that the president and most Democrats want nothing to do with — the increasing popularity of market-based, consumer-directed health plans.

Today, more than 15 million Americans are enrolled in such plans, which combine high-deductible insurance policies with tax free health savings accounts (HSA). That’s an increase of 15 percent over last year, and more than double the number from just four years ago.

These plans control costs by giving consumers a direct financial stake in their healthcare decisions. If they stay healthy and avoid needless medical expenses, they can keep the proceeds of their savings accounts — forever.

The rise of HSAs has spurred other welcome trends — such as the growth of low-cost retail health clinics, more information on doctor quality, and greater transparency on costs.

This is how a functioning market should operate. But Obamacare undermines these principles at every turn.

For starters, Obamacare keeps patients in the dark about the cost of their care by requiring insurers to provide first-dollar coverage for many procedures, imposing strict limits on out-of-pocket costs, and outlawing some low-cost, high-deductible plans. As a result, premiums will shoot higher.

The law’s community rating regulations, which bar insurers from charging the old more than three times what they charge the young, amount to modified price controls that will drive up premiums as well. Old people are generally less healthy and therefore more costly to insure than young ones. Consequently, premiums for the young will increase, so as not to fall afoul of the three-to-one community-rating ratio. In effect, the young will be forced to subsidize coverage for the old.

Finally, Obamacare lards on hidden taxes and fees that make coverage less affordable — without improving care. The feds have imposed a 3.5-percent excise tax on every health plan sold through the law’s exchanges to offset the costs of running these new manufactured marketplaces.

President Obama often says that if anyone has a better idea on how to extend insurance coverage and improve the quality of the nation’s health care, he’s open to it.

In every other aspect of our economy, market competition has lowered prices, improved quality, and expanded the availability of goods and services. It’s why there are low-cost flat-screen TVs in almost every home and mind-bogglingly advanced cell phones in virtually everyone’s pocket.

Sally Pipes is the president and CEO of the Pacific Research Institute, a San Francisco-based think tank. She has published four books including Miracle Cure: How to Solve America’s Health Care Crisis and Why Canada Isn’t the Answer, The Top Ten Myths of American Health Care: A Citizen’s Guide, The Truth About Obamacare, and her latest, The Pipes Plan: The Top Ten Ways to Dismantle and Replace Obamacare