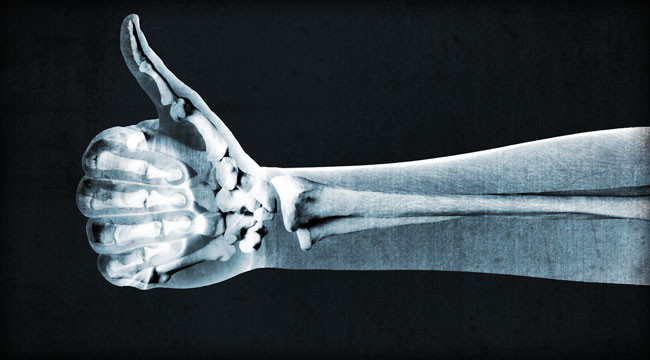 The saying goes that things have to get worse before they get better. But with Obamacare, things just keep getting worse — and then they get worse still. In private, even many critics of the law are at least a bit surprised by how poorly the rollout has gone. The question that many are asking is: How bad can this really get?

The answer is… worse. A lot worse.

Over the weekend, several reports suggested that, despite continued assurances that HealthCare.gov, the problem-plagued online insurance enrollment portal run by the federal government, would be running smoothly for most users by the end of the month, it increasingly looks likely that the deadline will be missed.

If you like your health plan, you can’t keep it. And until the exchanges are up, good luck obtaining a new one.

Insurance industry consultant Robert Laszewski, who, thanks to his contacts with his insurers, has been a critical and frequently prophetic source of information about the law’s rollout, opened a blog post this weekend with the following assessment: “It is now becoming clear that the Obama administration will not have Health.care.gov fixed by December 1 so hundreds of thousands, or perhaps millions, of people will be able to smoothly enroll by January 1.” Laszewski says that months, not weeks, of work remain.

The dates he lists are important, and not only because of the administration’s self-imposed deadline of Nov. 30. Anyone who wants to purchase insurance that kicks in at the beginning of next year must complete enrollment by Dec. 15. If the system isn’t working smoothly at least a couple weeks prior to that rapidly approaching date, then large numbers of people simply won’t have a chance to sign up.

That is a potentially huge problem for a law whose central premise and promise was that it would create new opportunities for millions of people to sign up for coverage that goes into effect at the beginning of 2014.

It’s a problem that would be big enough on its own, but is now compounded by the fact that, thanks to rules and regulations built into the law, millions of Americans have already had their existing individual-market insurance cancelled, and estimates say that millions more cancellations are on the way. The end result could be that many people — thousands, perhaps even millions — end up with their current private insurance plans terminated due to the law, but no way to sign up for new coverage.

This is not a problem confined to the 36 states covered by the federally run health exchanges. In the state of Oregon, which has struggled to get its online enrollment system working and has yet to enroll a single person in private coverage, some 150,000 people are losing their existing health plans. A spokesperson for the state’s Insurance Division recently told the Associated Press that, if the state’s exchange isn’t functional soon enough, those people could see a break in coverage.

Translation: If you like your health plan, you can’t keep it. And until the exchanges are up, good luck obtaining a new one.

The administration is looking for workarounds. But the ideas now being floated mostly reveal how bad the potential options are — and how desperate federal officials are for any sort of quick fix.

According to a Washington Post report that ran over the weekend, one of those options would involve relying on the insurers to handle enrollment directly. Right now, health plans can manage most of the application process on their own. But they can’t complete all the steps, because they can’t connect with the federal government system that determines whether an individual is eligible for government subsidies. Even if they could connect with it directly, it’s not clear that the subsidy calculation system is working reliably enough to be useful.

Can this possibly be legal? Can the administration seriously be considering this idea, which is potentially costly and politically disastrous? Imagine how Democrats will feel about turning over the central operations of the health law to insurers. Imagine how Republicans will react to a plan that could cost more, and will serve as an implicit admission that the exchanges simply won’t work without a major overhaul.

That it is even being discussed suggests how dire the outlook is for the law’s near-term functionality. As the Post piece notes, the administration’s broad cooperation with insurers “is a tacit acknowledgment that the federal insurance exchange… might not be working smoothly by the target date of Nov. 30, according to several health experts familiar with the administration’s thinking.”

If enrollment is low, if the exchanges are still broken… how will insurers react? By pulling plans from the market?

The potential problems are not confined to the near term either. Very soon, the short-term technical troubles could begin to have meaningful longer-term policy consequences. Insurers must decide what plans to offer and what rates to charge in the first half of next year. If enrollment is low, if the exchanges are still broken, and if the president and his administration are still losing credibility and popularity as a result of the rollout debacle, how will insurers react? By pulling plans from the market? By raising rates?

Right now it’s clear that many health insurers, having built business plans around Obamacare’s rules and regulations, are trying to work with the administration in hopes of turning the health law effort around. But how long will their cooperation last if the technical problems and administrative bumbling continue? We already know about one insurer that is so far refusing to submit its enrollment information into the administration’s system for fear of further corrupting their data.

And insurers can expect more headaches even if the technical issues recede. As Jon Kingsdale, who ran the Massachusetts health exchange and consulted on the federal system, noted in the Post over the weekend, billing and tracking issues for the insurers are likely to be significant. That’s not going to make insurers too happy.

How does this all work out for the millions of Americans who have lost their plans as a result of Obamacare? The White House has suggested that it’s working on an “administrative fix” to aid individuals whose plans were cancelled, but the options for an executive branch fix are limited at best. Cancelled plans generally can’t be reinstated. Tweaking the law’s grandfathering rules won’t work, because of the start dates of many of the plans and because insurers, who have spent months if not years preparing their systems for the changeover, can’t rapidly reorganize their computer systems to accommodate a sudden change in policy. Expanding subsidies to individuals above 400% of the poverty line in order to mitigate the cost of buying a new plan wouldn’t be legal, and also wouldn’t help much if the online enrollment systems are still malfunctioning.

This could still be turned around, perhaps even soon. But it’s time to start considering the worst-case scenarios: that the exchanges continue to malfunction, that plan cancellations go into effect, that insurers see the political winds shifting and stop playing nice with the administration, and that significant numbers of people are left stranded without coverage as a result.

Rather than reforming the individual market, which was flawed but did work for some people, Obamacare will have destroyed it and left only dysfunction and chaos in its wake.

Ed. Note: The collective groan that immediately accompanies the word “Obamacare” is only getting louder. And when it reaches a fever pitch, you’ll want to be well clear of it. Sign up for the Laissez Faire Today email edition and make sure you’re prepared, no matter what happens.